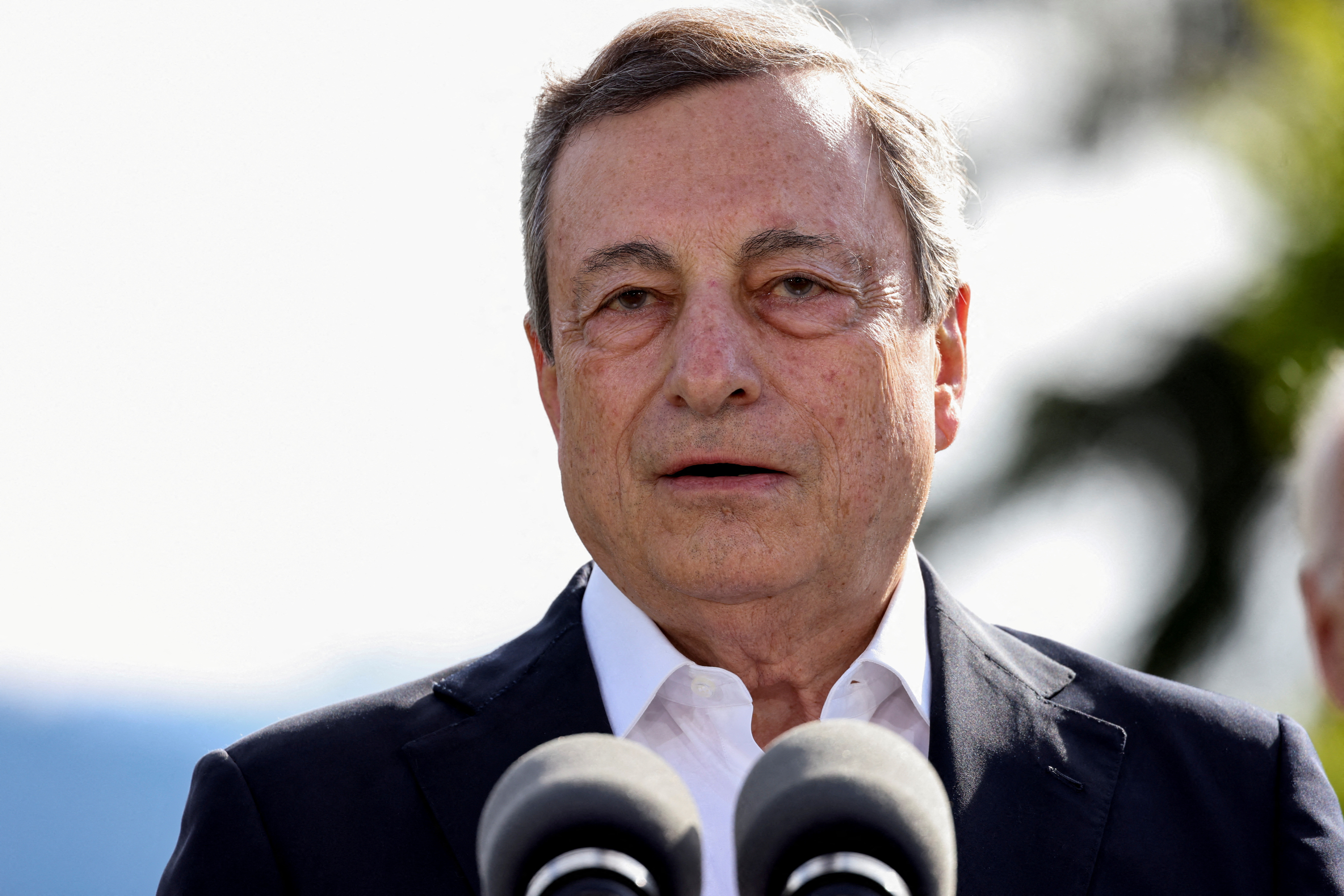 Italy’s latest political crisis comes at a terrible time. Prime Minister Mario Draghi, previously at the helm of the European Central Bank, handed in his resignation last Thursday after being left without the backing of a key ally in his government of national unity. Draghi may have a hard time putting together an alternative cabinet, paving the way for the likely victory of a less pro-euro government amid a spiraling gas crisis triggered by Russia’s invasion of Ukraine. This is bad news for Italy and for the euro.

Draghi took office as prime minister in February 2020 to deal with the pandemic emergency. His decision to resign comes after an open confrontation with the anti-establishment 5 Star Movement, which did not support his plan to combat the rising cost of living. Italian President Sergio Mattarella, who has the power to dissolve parliament, rejected Draghi’s resignation, urging him instead to assess next week whether a new majority can be formed.

A new government with Draghi at the helm is still possible, as well as desirable. Italy faces the threat of having to ration energy this winter if Russia does not resume its regular gas export, a move that is sure to trigger a recession. Keeping the experienced economist at the helm in such a dire situation would assure investors that Italy’s already bloated sovereign debt, equivalent to 151% of GDP, would not spiral out of control. Draghi could also push through the annual budget law and ensure the unlocking of much-needed European Union funds for the pandemic.

But a new Draghi government would be severely weakened and at risk of constant blows from other members of his broad coalition. A few months from the end of the legislature, in mid-2023, the former central banker would not be able to push through any major reforms.

Despite pressure from Mattarella, the formation of a new majority seems difficult. The far-right Brothers of Italy and League parties could use the occasion to push for early elections in September as opinion polls suggest they would win jointly. Both political forces have criticized the European Union and have even suggested abandoning the single currency. Although its leaders have recently toned down their anti-euro rhetoric, investors would remain wary.

Without Draghi’s protection, Italian debt, already pressured by rising yields, risks becoming more difficult to finance. The ECB would have a hard time justifying an attempt to defuse the turbulence caused by internal political disputes. That would not help the euro, which is already weakening.

FOR MORE INFORMATION: BREAKINGVIEWS.REUTERS.COM
The authors are columnists for Reuters Breakingviews.
The opinions are yours. The translation is the responsibility of EL PAÍS

By admin
Recent Posts
Latest News
Facebook Twitter WhatsApp Telegram
Back to top button
Close
Featured Posts
The grain corridor in the Black Sea opens a door of hope in the face of the food crisis | International
August 10, 2022

The war in Ukraine: the 62nd day of the Russian invasion, in pictures

The EU gives the greatest show of support for Ukraine by endorsing its candidacy for the community bloc | International
June 23, 2022

Video | How does the result of Le Pen influence the advance of the extreme right in Europe? | Videos
April 26, 2022

Video | How does the result of Le Pen influence the advance of the extreme right in Europe? | Videos

The start of Donald Trump’s election campaign, in pictures
4 weeks ago

The start of Donald Trump’s election campaign, in pictures

Two US ships sail through the Taiwan Strait for the first time since Pelosi’s visit | International
August 28, 2022