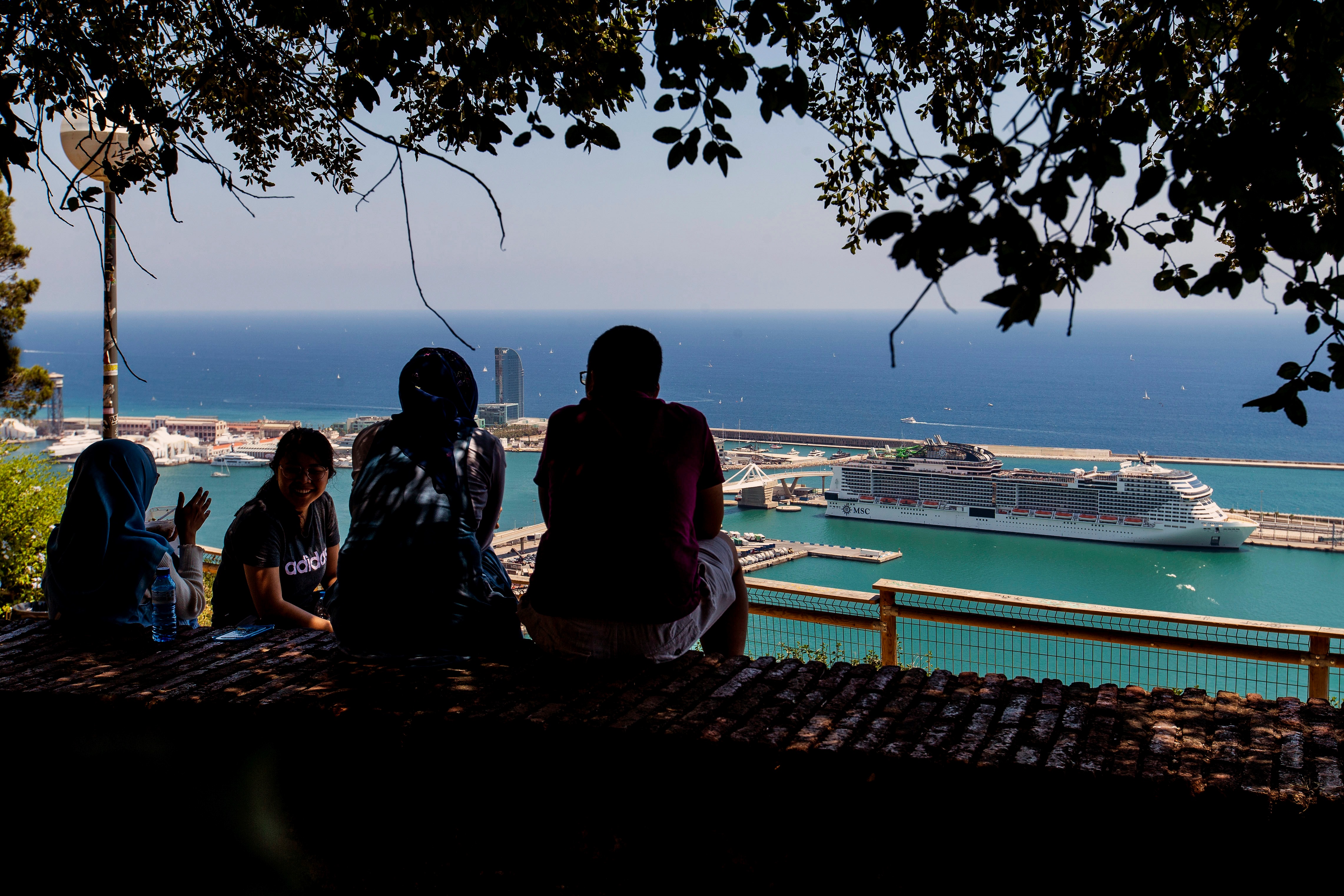 It had been a long time since so many floating holiday cities with capacity for 7,000 passengers and 2,500 crew members had been seen in Spanish ports. Cruise ships are docking at their moorings again with the same intensity or more than before the pandemic. During 2020, Spain was one of the countries that moved them away from its coasts for health security. “We were able to operate in Italy, Greece and Malta and we launched a health protocol that later served as a basis for the industry and that we continue to use today,” recalls Fernando Pacheco, general director of MSC Cruises in Spain. “Until in 2021 the Government allowed cruises, we did not take the ships out of Spanish ports again, and if in 2020 our turnover was zero, in 2021 it was a third of that of 2019 ″, he explains.

But this summer things are going to be very different. Demand is very strong, especially for departures from Spain and Italy, says Pacheco. MSC Cruises expects to jump from the 60,000 passengers who embarked on national territory last year to 150,000 in 2022. To do this, the international shipping company has scheduled more departures from Spain. Already in winter he launched two from Barcelona instead of one and the clientele responded; the 4,000- and 5,000-seater ships were filled, although their capacity was limited to 70%, he says. Now there are no limits, and with a demand that recovers the pulse prior to covid, the company has put more ships in Spain (it has removed four from the shipyards and doubled its routes from Barcelona and Valencia) and has opened more ports: Malaga, Alicante and Santa Cruz de Tenerife.

“The results are being very good. We sell more than before the pandemic,” says Pacheco, who speaks of an explosion in demand after Easter. “The cruises in the Mediterranean, the Adriatic and the fjords have recovered very well. However, those of the Baltic capitals, where Saint Petersburg is a highly demanded port and we have eliminated it from the route, are being severely affected by the war. And the Caribbean still has a hard time because Europeans are still afraid to take a plane, ”continues the director general of MSC, who has lowered 2019 prices by between 10% and 15% (one week costs an average of around 1,000 euros per person on full board) to “awaken demand”.

The bankruptcy of Pullmantur during the pandemic and contained prices, which, unlike in almost the entire tourism industry, have not risen since the summer of 2019, according to the shipping companies, are two of the ingredients that are promoting the good behavior of cruise companies, mostly multinationals, which were probably the tourism companies most affected by covid. And that, in view of the difficulties that are occurring in the Baltic Sea and in Asia, they have moved their macroships to the Mediterranean. “The reactivation of the cruise industry is a reality and Spain is going to play a fundamental role in it as it is one of the most demanded destinations in Europe this year,” Luigi Stefanelli, general director of Costa Cruises for Spain and Portugal.

Before the health crisis, the sector had a turnover of 6,000 million euros in Spain, which is the second receiving market in Europe and the fourth issuing market, according to Alfredo Serrano, director of CLIA (Cruise Lines International Association) in the country. In 2019, 550,000 passengers embarked on cruises from national ports. According to Serrano’s forecasts, in 2022 these figures will not recover despite the wonderful summer that is expected; We will have to wait until 2023.

Of the 335 cruise ships that sail around the world annually, more than half do so through Mediterranean waters and pass through Spain; in fact, Barcelona is the first European port for the sector, with between 700 and 800 calls. And it is the base of Royal Caribbean International, where the American multinational “places its best ships, the largest and newest,” says Sergio Arévalo, its sales manager in Spain. “Which responds to the company’s commitment to the Spanish market, which is gaining charm,” he adds. In fact, if until now the predominant nationalities of its passengers were American, British and Spanish, this year the tables have been turned and they are Spanish, French and Italian. Just like in Costa Cruises.

Royal Caribbean has also increased its stopovers in national ports, to Barcelona and Palma de Mallorca, and has added Malaga and Ibiza. “The year 2022 is being special for shipping companies in Europe. 55% of travelers choose the western Mediterranean”, says Arévalo, who expects the number of passengers in Spain to go from 40,000 in 2019 to 60,000 this year. The shipping company has maintained its pre-pandemic prices at around 140 euros a day “to help the sector resume activity.” And not even the rise in fuel prices is preventing it for now, since its long-term contracts (from 6 to 48 months) are not yet affected by the escalation. Something that Stefanelli repeats: “The increase in oil prices is especially affecting airlines and cruise ships. But, for the moment, we have managed to maintain very competitive rates”. Costa Cruises will receive 148 calls in Barcelona this summer, compared to 38 in 2021. And Valencia will go from 6 to 58 calls.

As long as there were no tourists, the tourismphobia. And now he has woken up, says CLIA director Alfredo Serrano. In his opinion, blaming cruise ships for the problem of overcrowding is a mistake. “In Barcelona, ​​only 8% of visitors are cruise passengers and they contribute more than 20% of spending. You have to measure quality against overcrowding and act accordingly,” he says. [en referencia a las críticas de la alcaldesa de Barcelona]. In the Balearic Islands, the industry has agreed with the Government to limit stopovers in Palma to three daily cruises, he explains.
The sector, however, is advancing in efficiency to reduce dependence on fossil fuels, “with each new generation ship, 25% efficiency is gained,” says Serrano. Currently the shipping companies, which intend to reach 2050 with net zero carbon emissions, are building 78 ships in Europe with an investment of 40 million euros with a view to 2027, when 66% of the fleet will be equipped to connect to the electricity grid. More than half will be powered by liquefied natural gas.

Obesity, a silent epidemic where training is key | Training | Economy

The key action of the public sector | Economy

The risky bet of the ECB

The Netherlands stands before the feces of its cows | Business

Today’s ephemeris: What happened on October 3?
21 mins ago

The Arab street does not sympathize with Ukraine | International
August 18, 2022

The Arab street does not sympathize with Ukraine | International

The cereal fields, the other battle in the Ukraine war | International
March 15, 2022

The cereal fields, the other battle in the Ukraine war | International

The Pope’s visit to the meeting of indigenous communities in Canada, in pictures
July 26, 2022

The Pope’s visit to the meeting of indigenous communities in Canada, in pictures

Twist in the controversy between Tamara Falc and igo Onieva, Marina Theiss speaks clearly: “I am not the woman in the video”
4 days ago