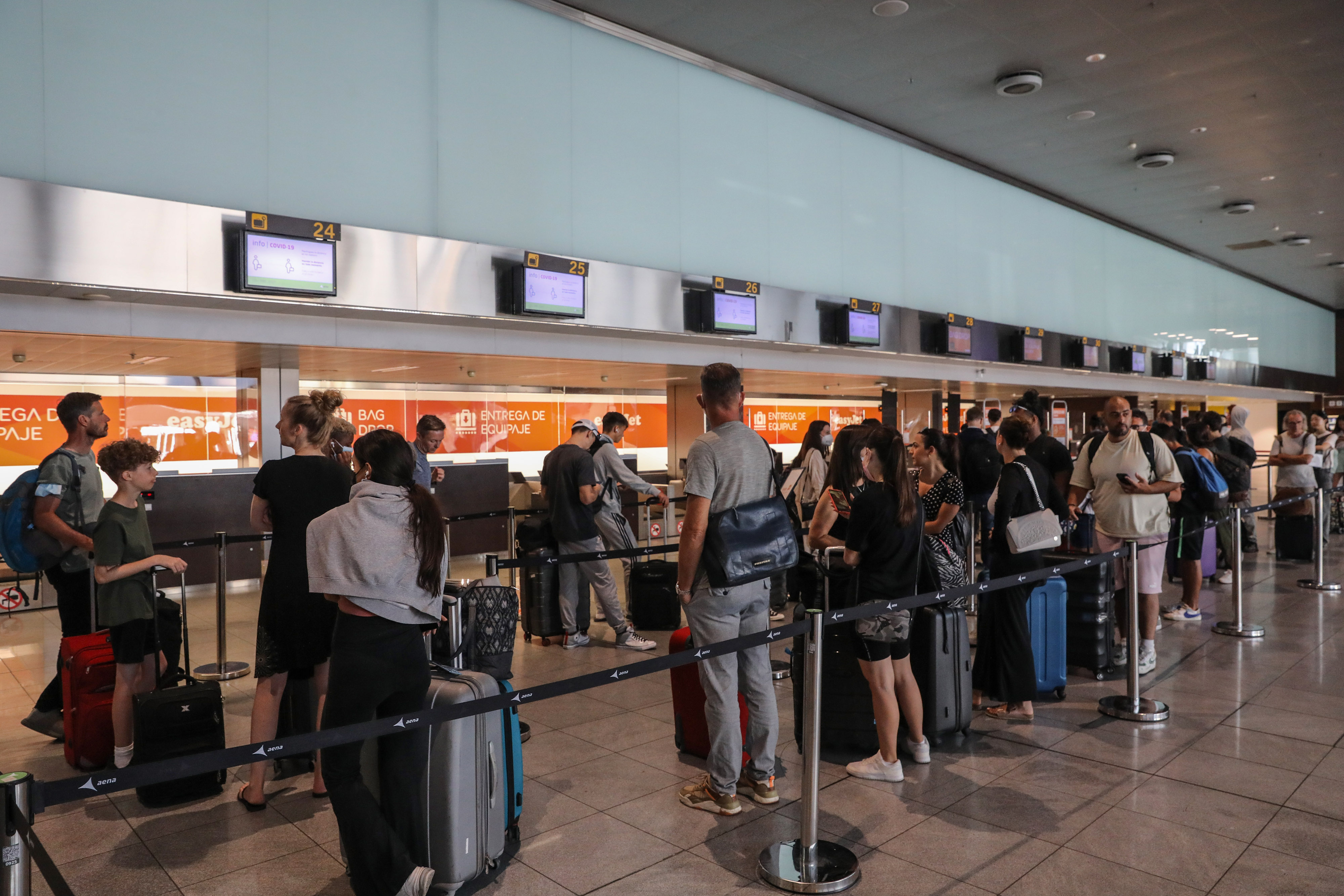 The strikes of the Spanish cabin crew (TCP) of Ryanair and EasyJet this Friday are complicating the departure operation at the airports, leaving a total of 28 canceled flights and 123 delays up to 1:00 p.m., with special incidence on routes with origin or destination in Barcelona and Palma de Mallorca, according to the convening unions.

In the case of Ryanair, this is the third day of strike out of a total of 12 called by USO and Sitcpla to improve their working conditions and force the airline to renegotiate a collective agreement. The unions have already called another six days at the end of June. EasyJet’s TCPs in Spain resume from this Friday the six new remaining days of strike also called by USO and Sitcpla for the unblocking of the negotiation of the agreement and the comparison with the salaries of the company’s employees in other European countries.

At 1:00 p.m., the suspended flights on Ryanair were 22, of which twelve had entry and exit in the French city of Bordeaux (with origin or destination in Spanish cities); another eight had entry or exit in Barcelona-El Prat, the same as in Palma de Mallorca. Other airports from or to which Ryanair flights have been suspended have been Valencia, Santiago de Compostela, Alicante, Madrid, Ibiza, Milan-Bergamo, Rome Fiumicino and Berlin Brandenburg. In total, although there are 22 suspended flights, if arrivals and departures are taken into account, the figure is double. The delays have affected 90 flights of the Irish airline, with greater intensity in Palma de Mallorca (delays in 24 incoming or outgoing flights); Barcelona (21), Madrid-Barajas (13) and Alicante (11). In easyJet six connections have been canceled: Barcelona-Geneva; Palma de Mallorca-London-Gatwick, and Barcelona-Paris Charles de Gaulle, all three with their respective laps. The delays in this case have been 33, of which 12 have been registered in Barcelona, ​​11 in Palma and 10 in Malaga.

European airlines have canceled 15,788 flights scheduled for the month of August due to strikes and staff shortages, which represents 2% of their total schedule and 60% of operations worldwide, according to a report by the consulting firm Cirium. In addition, airlines around the world have registered 25,378 flights canceled from their August schedules, which means eliminating some 818 daily flights, 4.4 million seats remaining unsold and less than 1% of the total schedule.

The Cirium report highlights that the European continent is the region that is being affected the most due to a combination of pent-up demand soaring together with staff shortages and labor disputes that are resulting in several strikes. By airlines, Turkish Airlines is the company with the highest number of cancellations in Europe, with 4,408 flights, half of them in Istanbul and a quarter to Russia. British Airways followed with 3,600 cancellations, EasyJet (2,045), Lufthansa (1,888) and Wizz Air (1,256). In the rest of the world, Brazil’s Azul canceled 2,133 flights, South Korea’s Korean Air withdrew 2,033, while India’s IndiGo had 2,030.

Conflicts in airlines are not exclusive to Spain, since the protests are reproduced in European airlines and airports, which are being affected by cancellations and strikes. Lufthansa has canceled nearly 5,000 flights in less than two months. For this week, it had announced the cancellation of 770 operations, but it transpired that it will cancel an additional 2,000 until the end of August, due to problems with the handling on land, according to the German newspaper bild, which quotes a company spokesman.

In addition, London’s Heathrow airport announced this week that it is limiting its capacity to 100,000 daily passengers until September 11 and has asked airlines not to sell more summer tickets to avoid delays, queues or last-minute cancellations. Inside the airport, British Airways is finalizing an agreement with the Unite union to call off the ground staff strike.

The pilots of SAS – an airline established in Sweden, Denmark and Norway – are also on strike, which began on July 4, which has caused the cancellation of 2,550 flights that affected more than 270,000 passengers, in addition to an accumulated cost of between 1,000 and 1.3 billion Swedish crowns (between €94 million and €122 million).

‘Black Panther’ Star Teases Who’s in the Suit in Sequel

Why are we buying houses as if they were given to us? Business

Teleworking after the pandemic | Economy

Today’s ephemeris: What happened on October 3?
31 mins ago

Assassination of Shinzo Abe: Shinzo Abe is not the first: recent history of assassinations | International
July 8, 2022