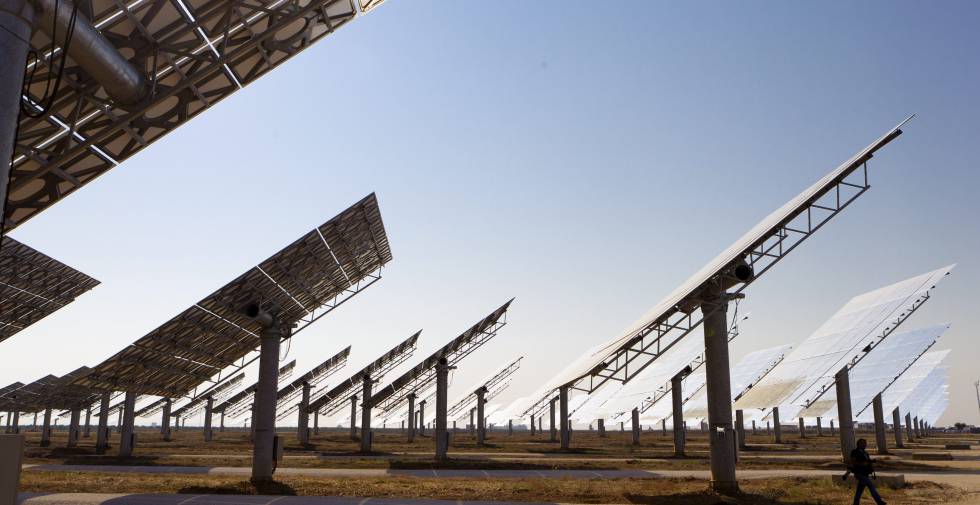 Investing in OPDE, today, is betting on a promise for the future. The renewables company will try for the second time to go public on July 22, valued at between 503 and 572 million. And it will do so with the promise of reaching 3.3 GW of capacity in 2025, but after having entered into losses, negative net worth and without a planned dividend.

OPDE expects to collect 200 million euros from the market, with which to finance this growth plan. It will be a small milestone, since the firm calculates that reaching those 3.3 GW requires investments of 2,037 million. Most of it, 1,426 million, corresponds to project financing. And another 611 million in capital, among which are the 200 million that it hopes to capture with the IPO, added to the 40 million in cash that it has and the one that it will generate in the future, sales of assets such as the one made last summer with Bruc and debt operations. In this sense, the company plans to issue 250 million with which to amortize a planned bond issue of 140 million. The financial debt of the company is 306 million.

The future of OPDE, therefore, is centered on growth and investment. A framework where the dividend does not come into play for the next three years. It has not even defined a shareholder remuneration policy. The company has indeed been more generous with its founders in recent years, to whom it has paid 9.1 million in dividends since 2019. It has paid 2.8 million each year and 700,000 euros during the first three months of this year , all charged to reserves.

The company entered into losses last year and registered red numbers for 17.79 million, 70% less than in the previous year. And revenues fell 68% to 43 million, due to the drop in EPC sales and the sale of assets. These red numbers have also extended to the first quarter of this year, in which the company has lost 8.25 million.

These red numbers have penalized the company’s capital. It has entered negative net worth, of 78 million. The explanation for this figure, which is positive at 72 million at the individual level, is according to the prospectus in the calculation of certain derivatives. As explained by the company in the brochure, the volatility in the price of electricity during the past year has caused an impact of 12.83 million in the accounts for that year due to the effect of certain derivatives. The devaluation in the value of these derivatives has cost him 32 million capital. Certain financial expenses and the turnover of assets that you have carried out have also affected your accounts.

The company will try to put a pike in Flanders with this operation. And it is to be the first IPO in more than a year. He already tried to jump into the market a year ago, but then the conditions of the Stock Market and the suspicions of investors about these assets made him shipwreck. Santander, Société Générale and Barclays are the banks in charge of piloting the operation.

As emolument to achieve this feat, the CEO may receive an extra bonus, as this newspaper has published. Luis Cid, the CEO, will be able to pocket a cash bonus of 3.56 million if the operation comes to fruition and he has promised to use this money to attend the IPO. He has also pocketed another 2.1 million from the sale of assets to Bruc last summer. The company also has other compensation plans: 1.63 million this year to be distributed among the management team, including the CEO, a talent retention plan linked to the OPV (560,000 euros to certain managers in May and €921,000 in shares and €80,000 in cash) and a share incentive plan of up to €13 million.

OPDE’s management team is also immersed in a legal process. This is the lawsuit filed by his partner in the subsidiary OCDE Sur against two directors, Alejandro Javier Chaves and Gustavo Carrero. Last December the judge decided the provisional file of the case, which has been appealed by the plaintiffs. And is waiting for a final decision on the matter.

Great salary from ONCE, check the result of today’s draw, Saturday, October 1, 2022
32 mins ago

At least six killed in a missile attack on Lviv, in the western fringe of Ukraine | International
April 18, 2022

At least six killed in a missile attack on Lviv, in the western fringe of Ukraine | International

At least six killed in an attack in Kabul against Shia students | International
April 19, 2022

The Lithuanian blockade of the enclave of Kaliningrad opens a new war front between Russia and the EU | International
June 22, 2022

Martín Guzmán: The Argentine Minister of Economy yields to the pressure of Kirchnerism and submits his resignation
July 2, 2022

Martín Guzmán: The Argentine Minister of Economy yields to the pressure of Kirchnerism and submits his resignation

Pope Francis postpones his trip to Africa due to health problems | International
June 10, 2022

The freedom of Antauro Humala alters the unstable Peruvian political board | International
August 22, 2022