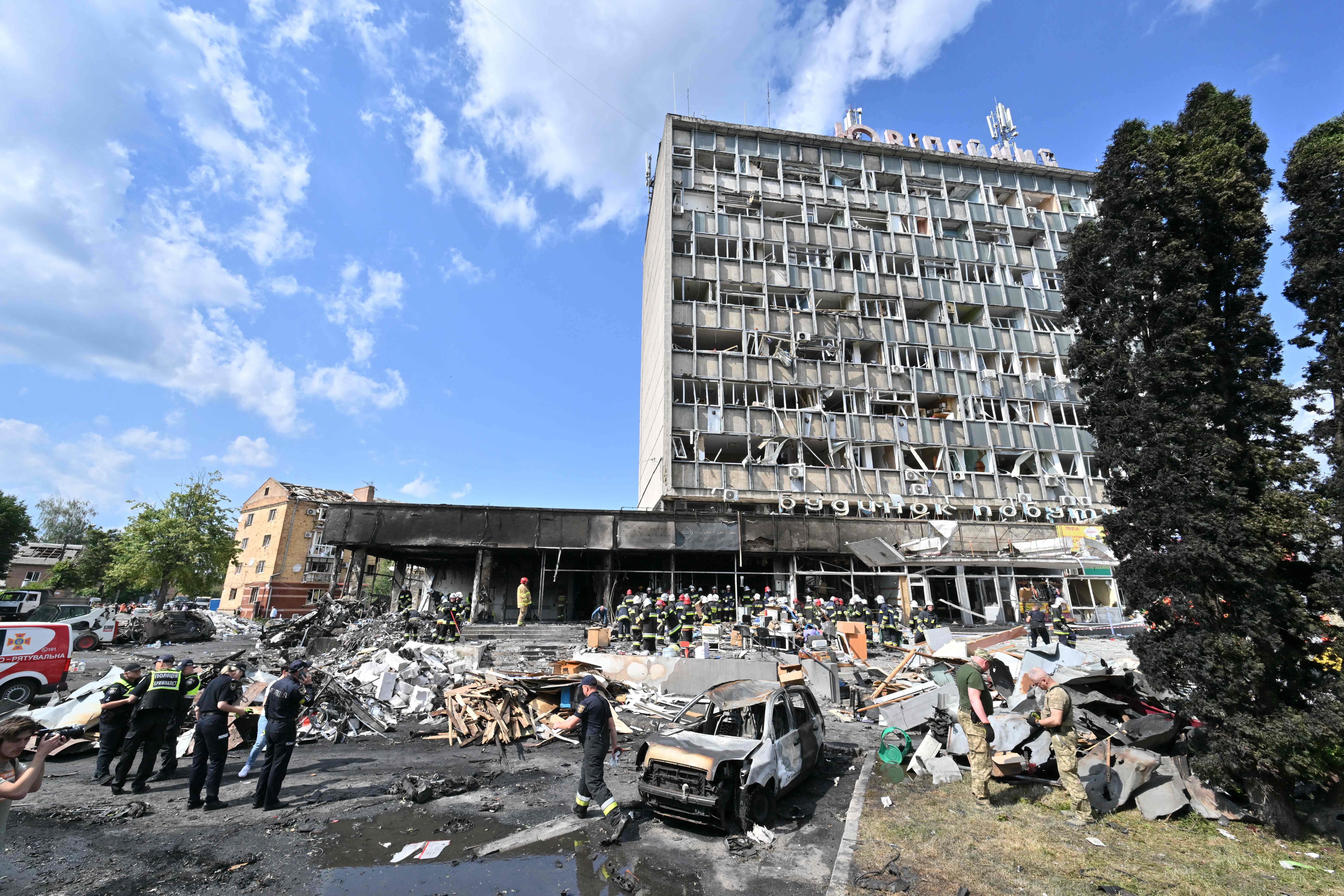 Ukraine does not want Russia’s invasion of its territory to go unpunished. As the aggressor is not a member of the International Criminal Court (ICC), kyiv has requested this Thursday the creation of a special court to judge “the crime of aggression” perpetrated by the Moscow Government. This has been requested by the Ukrainian president, Volodímir Zelenski, and also by his foreign minister, Dmitro Kuleba, during the Accountability Conference, organized by the Netherlands, the TPI and the European Commission. On the other hand, 45 countries —all those of the EU, the US, the United Kingdom and Mexico, among others— have committed themselves in The Hague to work together in the investigation, search and protection of evidence of possible war crimes or crimes against humanity perpetrated during the war in Ukraine, which can be judged by the ICC.

Russia is not part of the International Criminal Court and its Prosecutor’s Office therefore lacks the competence to prosecute the crime of aggression, included in the Rome Statute since 2018. kyiv has not ratified it either, but has allowed the ICC to investigate the crimes committed in Ukraine since 2014, after the Russian annexation of Crimea. Minister Kuleba clarified this Thursday that the jurisdiction of the court they are advocating “would be temporary, it would cover everything that has happened since February 2014, and the position held by the accused will not free them from their criminal responsibility.”

President Zelenski has intervened by videoconference dressed in a military shirt. He has appreciated the solidarity shown, but has avoided detours. He has said that “there are some 200,000 Ukrainian children, according to preliminary estimates, who have allegedly been transferred to Russian territory; a horrendous number.” According to the Rome Statute, the text that supports the work of the ICC, “the deportation, illegal transfer or illegal confinement” of the population in an armed conflict constitutes a war crime. As in ordinary justice, it is necessary to confirm these facts. Zelensky has also pointed out that “more than 34,000 war crimes” have already been committed in his country, and that is why he has urged “to rescue international criminal law with a special court on the scale of the Nuremberg trials”, after the Second World War.

Irina Venediktova, Prosecutor General of Ukraine, has shown a photo of an attack perpetrated this Thursday by Russian troops, in which the body of a child was seen after the bombing in which more than 20 people have died in the city of Vinnitsia, in the center of the country, far from the areas occupied by Russia. As Zelensky already did, she has recalled that “this is [lo que ocurre] every day”. He then indicated that they have “the record of more than 23,000 war crimes.” Among them, the prosecutor does not forget rapes and sexual and gender crimes, “used as a method of war in Ukraine, so you have to focus on the victims and commit to their trauma,” she said.

Wopke Hoekstra, the Dutch foreign minister, has been willing to consider creating the special court, but the Ukrainian proposal requires international agreement. Hence, Didier Reynders, European Commissioner for Justice, has urged kyiv to ratify the Rome Statute “as part of the judicial reforms necessary to become, one day”, a member of the EU. Karim Khan, chief prosecutor of the ICC, has warned that justice “cannot be a mere spectator to what is happening”. “It’s not something you can use when it’s convenient and ignore when it’s not.”

The conference has served to show that, with an armed conflict underway, “it is necessary to coordinate national, European and international efforts and initiatives to document crimes. To preserve the integrity of the evidence so that it can be used before national and international courts. And to avoid duplication when collecting evidence, since there are currently thousands of experts, among Ukrainians and from other countries, on the ground. The joint work to which all those present have committed will serve so that both the ICC and the national courts of the 45 countries represented in The Hague can apply, if they wish, universal jurisdiction to the Ukraine case.

Italy will go to elections on September 25 | International

Mass poisoning in a Chilean industrial cord: “Everything is contaminated: soil, water and air”
June 16, 2022

Mass poisoning in a Chilean industrial cord: “Everything is contaminated: soil, water and air”

Jacinda Ardern defends that the result of the NATO summit should not be rearmament but “de-escalation” | International
June 28, 2022

The Link Table: The Argentine field goes on strike due to the lack of diesel
July 1, 2022

The Link Table: The Argentine field goes on strike due to the lack of diesel

Donald Trump avails himself of his right not to testify before the New York attorney general who is investigating him for tax fraud | International
August 10, 2022

Elections in France: The mystery of Macron: no other French president has been so hated | International
April 19, 2022

Elections in France: The mystery of Macron: no other French president has been so hated | International

Invasion of Ukraine: A creative reflection beyond symbols, punishment and rearmament | International
March 9, 2022

Invasion of Ukraine: A creative reflection beyond symbols, punishment and rearmament | International