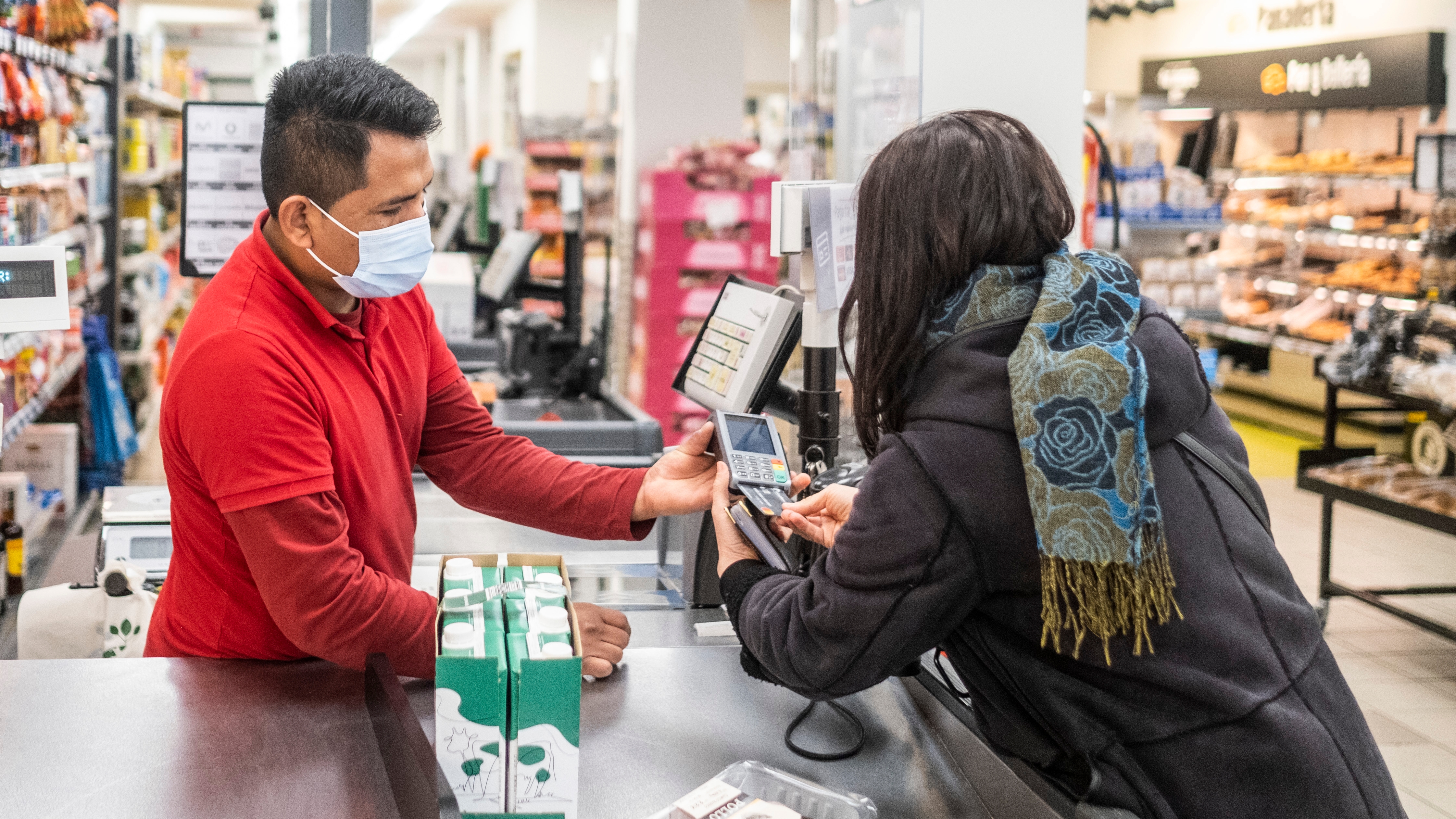 The queue at the supermarket is a good thermometer for the progress of the economy. The current complex scenario, marked by inflation, is already causing changes in the behavior of customers, who have increased the frequency with which they visit stores but with smaller purchases. The Dia group has put figures on this trend, which is spreading throughout the sector. The company has registered an increase of 5.7% in the number of purchase receipts during the first semester, but appreciates a reduction of 2.9% in the amount of the average basket, according to data published this Thursday. However, the chain’s sales continue to grow: they increased by 8.5% in the first half compared to the same period of the previous year, up to 3,465 million euros, with an increasing weight of own brands.

The rise in prices —the CPI for food and non-alcoholic beverages grew by 12.9% annually in June, according to the National Institute of Statistics (INE), above the general index, which stood at 10.2% , the highest level in 37 years—has led the consumer to look for products with the best possible value for money. Own brands tend to fit well into this segment and have grown significantly in recent months. In the case of Dia, for example, between January and June, its weight in the basket increased to 51.7% in Spain, compared to 47.7% the previous year. In recent months, the chain has put new references in its assortment on the market and a renovation of the stores, with more fresh products and reinforcing proximity.

Spain continues to be the company’s main market, with net sales in the first half of 2,095.6 million, 0.3% more than in the same period last year. Argentina rises 53.1%, to 652 million and Brazil improves 13.9%, to 434 million. Sales, however, fell 4.5% to 282.9 million. The number of stores decreased by 4.3%, to a total of 5,733 establishments worldwide. Of these, 1,775 already operate under the new store model. The net sales of franchised stores continue to gain weight and already account for 34% of the group’s total (3.3 points more than a year ago), according to billing data advanced by the companywhich plans to publish the full results report on August 4.

The executive president of the group, Stephan DuCharme, highlighted in the statement “the positive evolution of sales”, especially in the second quarter. “We are facing a phase change, pointing towards the consolidation of the business. We can see the consolidation of a change that began in 2019 with a profound review of our operating model and that led us to focus our strategy and value proposition on our most powerful lever: proximity”, he added. DuCharme recalled that, since May 2020, the group has “systematically launched a roadmap with initiatives of wide-ranging commercial, operational, franchise and digital and technological transformation in the four countries” in which it operates .

The transformation plan started two years ago and was accompanied by a capital increase of more than 1,000 million in 2021, supported by LetterOne, holding company owner of Grupo Dia with more than 77.7% and that has recently faced the departure of the Russian businessman Mikhail Fridman, who in March left the council after being included in the EU sanctioned list as a result of the Russian invasion of Ukraine. His participation in LetterOne is frozen and the tycoon has been removed from the management and the Board of Directors. The company has assured on several occasions that this situation has not affected its day to day. In 2021, Dia managed to reduce its losses by 30%, to 257.3 million.

Aural, the company that wants to hear everything | Business

Diesel: The price of diesel climbs to its historical maximum and exceeds gasoline for the first time in a decade | Economy

Encino Hospital: Police arrest man who stabbed three people and barricaded himself in a hospital | International

Ukraine bolsters its counteroffensive in Kharkiv and forces Russian forces back | International
May 13, 2022

Brazil Elections: The shadow of the Brazilian military looms over the voting system | International
1 week ago

Brazil Elections: The shadow of the Brazilian military looms over the voting system | International

Elections in Hungary and Serbia consolidate Putin’s allies in Europe despite the war | International
April 4, 2022

Biden and Trump fight their first battle for control of the Senate in Pennsylvania | International
August 30, 2022

Lebanon hopelessly faces the first elections after the outbreak of the crisis | International
May 15, 2022

Ukraine fears a large-scale Russian attack on the anniversary of its independence | International
August 24, 2022

Found the bodies of the two Jesuit priests and the tour guide murdered in the Sierra Tarahumara
June 23, 2022

Pope Francis, on his possible trip to Ukraine: “I am available” | International
April 3, 2022

Pope Francis, on his possible trip to Ukraine: “I am available” | International

471 dead, wounded or missing in a new wave of terror in Haiti | International