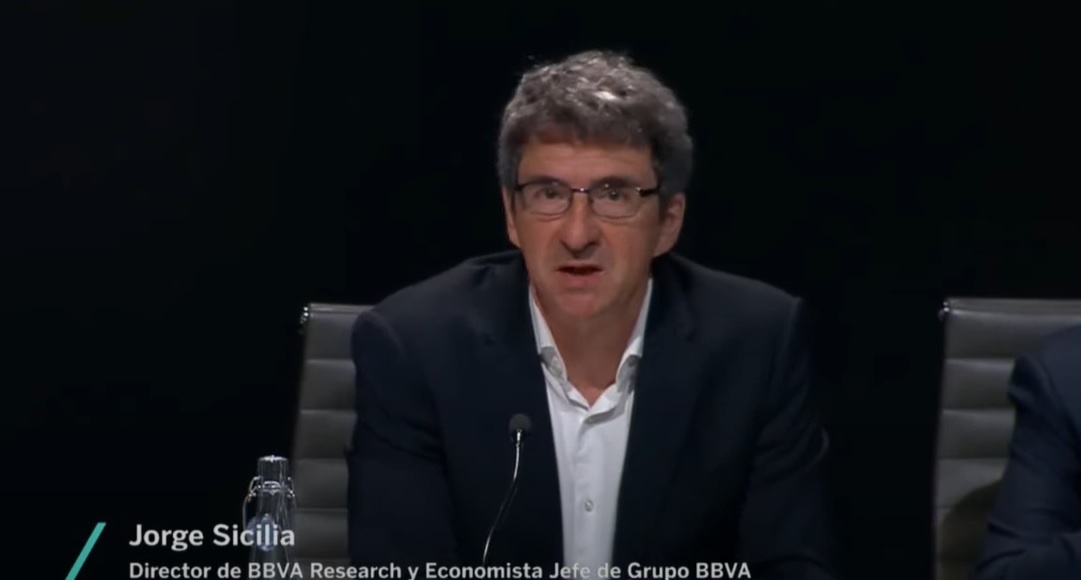 The BBVA studies service maintains its growth forecast for the Spanish economy for this year at 4.1%. However, it is strongly revised downwards for the coming year to 1.8% compared to the 3.3% that it contemplated only three months ago. The reasons for this worsening lie in more persistent inflation than expected, the rebound in the financial burden as the ECB withdraws stimuli, lower growth in Europe due to the partial restrictions on Russian gas, which will weigh on Spanish exports, and a greater uncertainty that will affect confidence.

The entity expects that during the second and third quarters of this year the economy will endure thanks to the pull of services and the recovery of tourism. Internal inertia is still strong: card consumption data show a better resistance of the economy to the war in Ukraine than was predicted. The export industry is exhibiting a good behavior despite the increase in costs. And investment in machinery and capital goods is growing vigorously, the BBVA economists point out. However, they expect there to be a moderate contraction in activity between the fourth quarter of this year and the first of the following once the momentum of services and tourism is lost during the summer period. This is attributed exclusively to the external deterioration and could reach -0.5 between the fourth quarter and the first. The door is therefore opened to the possibility of a moderate recession understood as a negative GDP figure for two quarters.

However, the effect of this loss of activity on employment will be moderate, they point out. There will be fewer hours worked and more distribution of employment by the ERTE and the use of discontinuous fixed. They believe that the labor market will do better than in other times of economic slowdown.

In any case, this contraction will be limited and short-lived thanks to accumulated savings, which could boost investment in housing and construction. The acceleration of tenders for European funds, whose momentum would be noticed in 2023. And the positive effects that the labor reform can have by having more permanent contracts, which can help sustain the consumption of the youngest and could improve productivity . Thus, in 2023 as a whole, they still forecast an annual growth of 1.8%.

That said, although it is still too early to make a first evaluation of the labor reform, for the time being a worse performance of productivity per employee is being observed. In recent quarters, increases in membership have translated into lower GDP growth and a possible explanation given by BBVA experts is that discontinuous fixed-line workers work fewer hours: up to 12% less. It could even happen that productivity decreases per busy but increases per hour because they are used more efficiently thanks to the internal flexibility to call the non-continuous or part-time landline.

The bank considers that the main risk will continue to be inflation, which in its forecasts will reach an annual average of 7.9% this year and will drop to 3.2% next year. Despite the government’s measures to lower it —the gas cap can reduce the CPI by between 0.3 and 0.8 percentage points—, the increase in prices is already widespread and there is a danger that they will remain at high levels. The underlying, which excludes energy and food, still has an upward path, they recall. In this sense, they warn that it is a risk that no progress has been made towards signing an income pact, although for now they see containment in wages and margins.

Another risk is the public debt markets, that is, the risk premium, which will largely depend on the evolution of the public accounts. BBVA advances that there will be a moderate reduction in the Administration deficit only due to the economic cycle. Moreover, between 2022 and 2023 the structural deficit will increase. All in all, the good job of the Treasury lengthening average life will give some margin: a rise of 100 basis points in 2022 and 70 in 2023 would not trigger an explosive path in debt, they conclude.

Of course: the anti-fragmentation mechanism prepared by the ECB will be essential for this. Hence, there is a risk if the necessary measures are not addressed: it will be necessary to comply with the European recommendations to avoid questioning the ECB’s will to placate risk premiums. Among the risks they also consider the possibility that the European funds will be executed slowly.

BBVA economists also warn that the banking tax will have an impact on credit. It is still unknown how the tribute to the entities that President Sánchez has announced will be articulated. But BBVA Research has already carried out some simulations of what would happen to the economy if new taxes were imposed on banks. That study showed it led to lower credit at higher cost, which in turn led to worse growth and lower overall revenues. Consequently, the collection former post would be less than expected. These types of measures are counterproductive, they have warned. In addition, they do not agree that there are benefits that fell from the sky because they simply raise interest rates in free market economies in which there is competition for capturing liabilities and granting mortgages.

The Tax Authority indicates that the Government will lower taxes this year by 2,300 million | Economy

Reducing Inflation: What Biden Has Done, and What He Hasn’t | Business

Who will lead the world economy? | Economy

Appointment: Inditex culminates the generational change with the arrival of Marta Ortega to the presidency | Economy

By admin
Recent Posts
Latest News
Facebook Twitter WhatsApp Telegram
Back to top button
Close
Featured Posts
The return of the remains of the victims of Accomarca, the worst massacre in Peru
May 19, 2022

The return of the remains of the victims of Accomarca, the worst massacre in Peru

The Venezuelan opposition is reorganized and announces primaries to choose a new leader | International
May 18, 2022

US and China try to smooth things over Taiwan | International

The Liberal Party surrenders to Fico Gutiérrez in the campaign for the presidency of Colombia | International
April 28, 2022

Sinn Féin close in on historic victory in Northern Ireland | International
May 6, 2022

The dilemma of the youth of Lebanon: escape from a failed country or fight in the elections | International
May 14, 2022

The dilemma of the youth of Lebanon: escape from a failed country or fight in the elections | International

The Baltic States and Poland ask that NATO maintain a permanent presence in the region | International
April 29, 2022

Elections in Italy: The shadow of Russian influence darkens the start of the Italian electoral campaign | International
July 30, 2022

Elections in Italy: The shadow of Russian influence darkens the start of the Italian electoral campaign | International