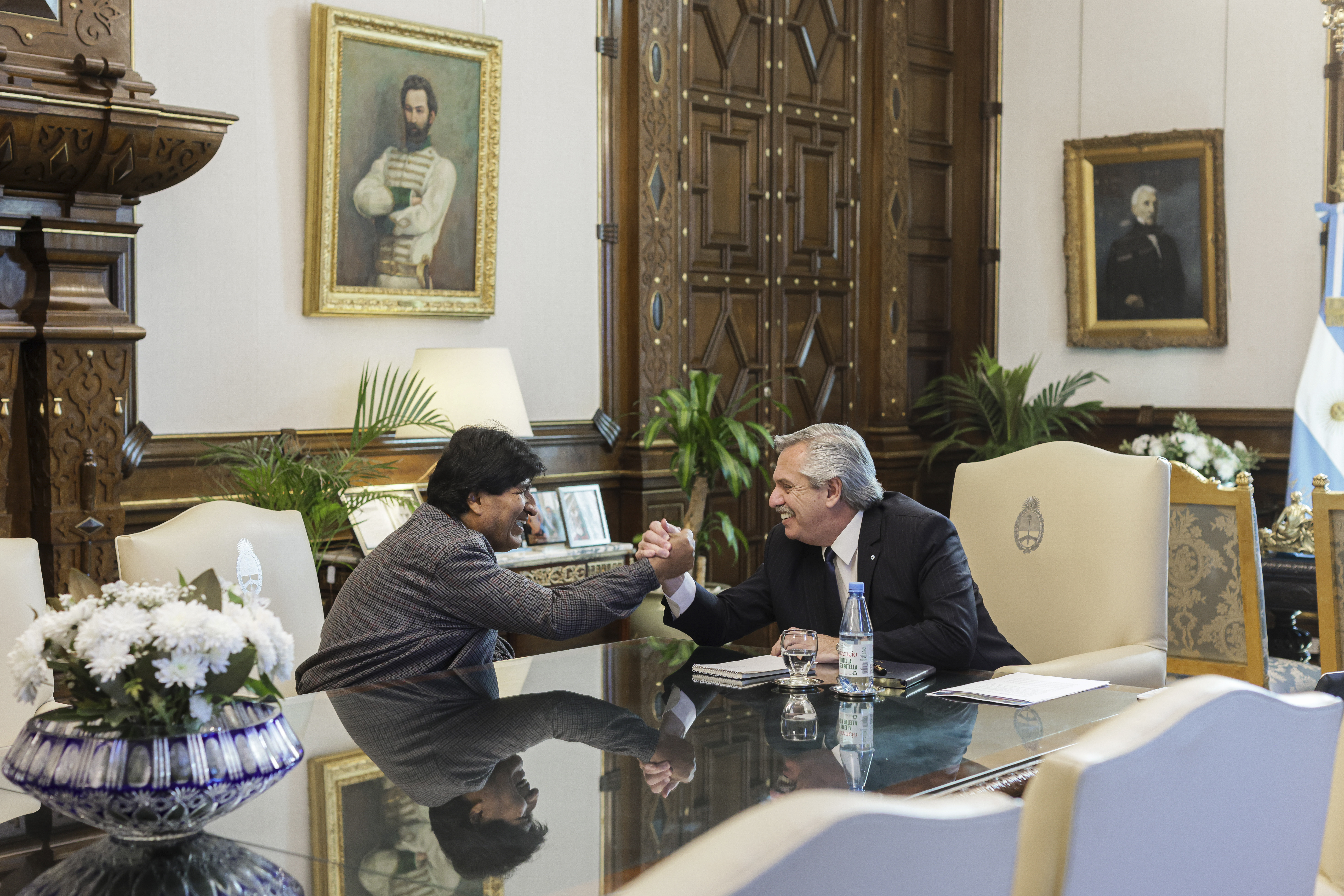 The death of an Argentine tourist after a motorcycle accident in Bolivia has opened a bitter diplomatic dispute. The Government of Luis Arce had to deny that the victim was denied medical attention because he did not have Bolivian pesos to pay for his transfer to a highly complex hospital, as friends and relatives who witnessed the accident have denounced. The Argentine’s death even clouded the visit that former Bolivian President Evo Morales made to Buenos Aires on Tuesday. Morales apologized “on behalf of the Bolivian people,” although he questioned whether the alleged lack of attention was the reason for the Argentine’s death.

Bilateral relations between Buenos Aires and La Paz could not be better. Morales remembers every time he can that it was the president of Argentina, Alberto Fernández, who gave him asylum after his early departure from power in 2019. The Argentine accompanied him a year later to La Paz, once the leftist Luis Arce came to power. . But the death of the Argentine tourist, a retired teacher named Alejando Benítez, reignited old debates.

In Salta and Jujuy, the provinces of northern Argentina that border Bolivia, they complain that the free medical care they give hundreds of Bolivians in the public system is not paid from the other side of the border. The discussion escalated at the end of 2018, when a Bolivian hospital demanded $10,000 for the care of a young man from Jujuy who had suffered an accident. The governor of Jujuy, Gerardo Morales, finally managed to get a reciprocity agreement signed in 2019 that committed Bolivia to giving Argentines the same treatment that Bolivians receive on the Argentine side.

Benítez was from the city of General Mosconi in Salta and had gone with a group of friends to spend their vacations in Bolivia. On July 3, while he was riding his motorcycle along a road, he was hit by a truck near Ivirgarzama, in Cochabamba (in the center of the country). According to his companions, both the trucker who hit him and the police and medical personnel from Ivirgarzama demanded an advance payment in dollars or Bolivian pesos to complete the care.

“My father was not accepted Argentine pesos. They asked him for about 1,000 Bolivian pesos (145 dollars) to make the transfer from the health center where he was to a hospital, but they only managed to collect 700 pesos, ”said Benítez’s son to Argentine media. Negotiations with doctors and police lasted more than two hours, until Benítez finally died.

The Argentine ambassador in Bolivia, Ariel Basteiro, said that he would ask the Foreign Ministry in La Paz for explanations, but asked to understand the context in which the accident occurred. Ivirgarzama is “a very small town that only has one first aid room. The Bolivian health system is very poor and cannot be compared to the Argentine system,” Basteiro said. “I’m sure this would not happen if the accident happened in an urban center,” he added.

The matter finally reached the Burnt Palace. The Bolivian deputy foreign minister, Freddy Mamani Machaca, denied at a press conference that Benítez had died due to lack of attention, as the relatives say. If he did not transfer it, he said, it was because “the accident was very serious” and the injuries did not allow it. Then it was Morales himself who gave his version from Buenos Aires, after meeting with the president of Argentina, Alberto Fernández.

“I just inquired in detail and they told me that there were three brothers with motorcycles and that one tripped over a trailer. An ambulance that was there picked him up and took him to the hospital, but they did not have the elements to treat him because of the medical condition he presented. It’s not that he didn’t take care of it,” he said. Regarding the diplomatic escalation, he attributed it to “some politicians who exaggerate with the issue to generate discrepancy between the countries.”

Today’s ephemeris: What happened on October 3?
33 mins ago

Robbie Williams Barcelona 2023 tickets: prices, dates and where to buy tickets online for the concert
3 days ago

Robbie Williams Barcelona 2023 tickets: prices, dates and where to buy tickets online for the concert

Russia war in Ukraine: The EU bets on exempting Hungary from the Russian oil embargo to approve new sanctions | International
May 30, 2022

Russia war in Ukraine: The EU bets on exempting Hungary from the Russian oil embargo to approve new sanctions | International

Elon Musk meets in Brazil with Bolsonaro, who praises him as a “myth of freedom” | International
May 20, 2022

Elon Musk meets in Brazil with Bolsonaro, who praises him as a “myth of freedom” | International