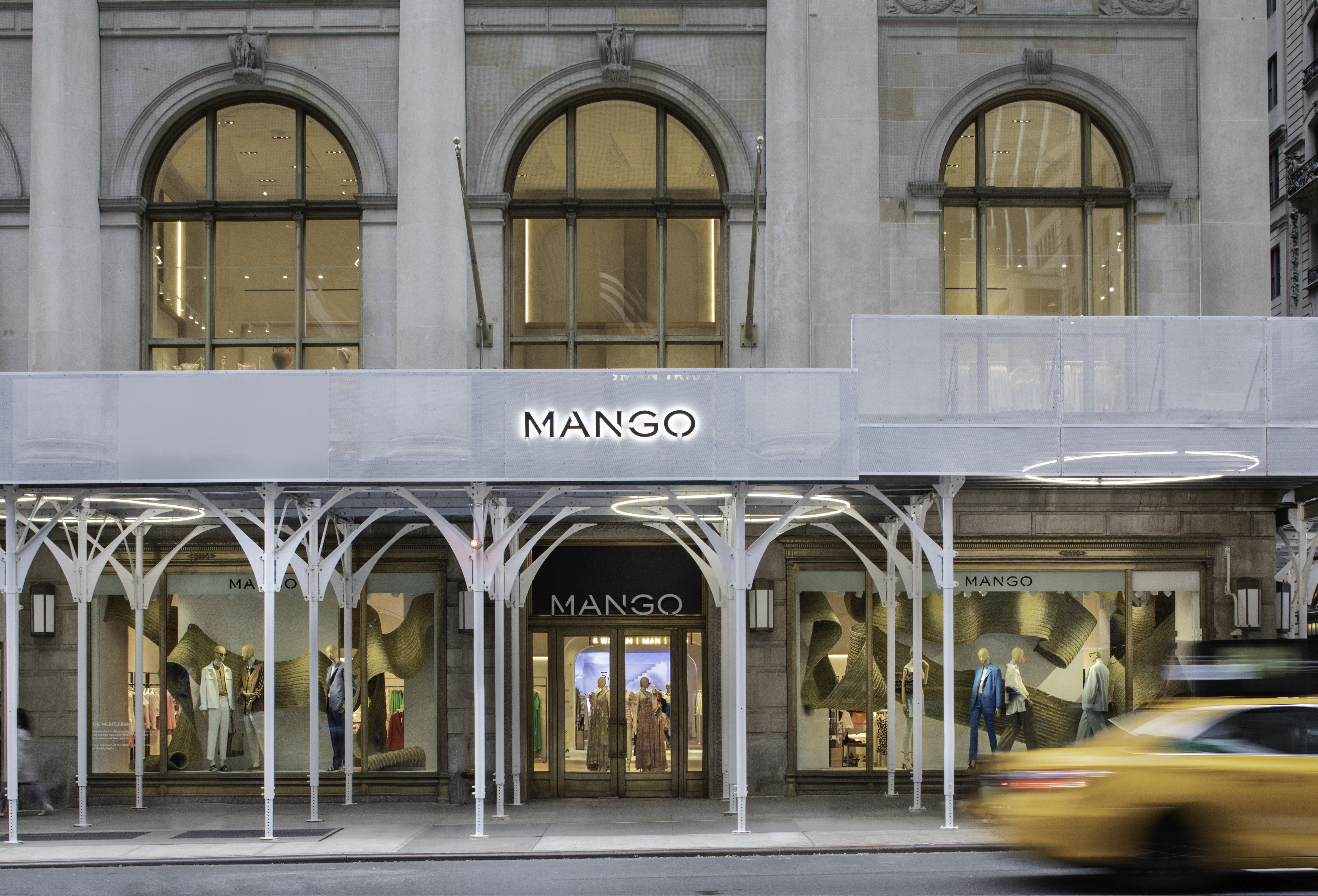 The fashion group Mango has redoubled its commitment to the United States with an expansion plan to open some thirty stores by 2024 – it now has six – with the aim of making this market one of the five main ones for the brand, according to announced this Wednesday its CEO, Toni Ruiz. The starting point is the new establishment that has just opened on the iconic Fifth Avenue in New York. The total investment planned for the country as a whole will be around 100 million euros over three years.

“We want to consolidate our presence in this market, because it is one of the great benchmarks in the sector today,” said the executive at a press conference in the North American city with a group of European journalists invited by the company to visit the store. , which has 2,100 square meters spread over three floors. With the Russian market crippled by the war in Ukraine and pandemic lockdowns still in place in parts of China, the United States has seen its position as a major player in the sector strengthened. Other companies, such as the Inditex group, have recently shown their interest in gaining market share here. Mango calculates that its annual turnover will be around 100 million.

The deployment of new physical points of sale in the United States will be complemented by the digital channel, with the forecast that it will account for 70% of the business in 2024. Mango, founded in 1984 in Barcelona by the businessman Isak Andic, currently has six stores in this market (five in New York and one in Miami), which is expected to be among the top five in sales in three years. Other key points are Europe (Spain, the United Kingdom, Germany and France), where the company believes it has a long way to go to grow, and it also sees India and Canada as fundamental.

The opening of the store on Fifth Avenue is a big step for Mango, according to Daniel López, the firm’s director of expansion. The establishment is located at 711 Street in the Grande Dame Building, a 1920 building that once housed companies such as NBC, Coca-Cola and Columbia Pictures. It is a few meters from the emblematic Tiffany store, whose window the actress Audrey Hepburn looked at in Breakfast at Tiffany’s. The firm hopes that in a short time it will be among the top three in terms of Mango invoicing in the world. The investment in the store amounts to 12 million dollars, according to the financial director, Margarita Salvans, and it has 50 employees.

The opening is the first phase of a new expansion plan, the next step of which will be to open new stores in Florida and then head west, with stores in Georgia, Arizona, Texas, Nevada and California. In total, the company expects to hire around a thousand workers.

Regarding the general future of the group, Toni Ruiz admitted that there is a lot of uncertainty in the international context, due to rising costs, supply problems and the war in Ukraine. The cessation of operations in Russia due to the conflict, last March, is a blow to Mango’s accounts, since this market accounted for 8% of the result. Stores are also closed in Ukraine. “Despite the uncertainty, I believe that we are in an optimal situation to face the future,” assured the CEO. Although he acknowledged that with this scenario it is difficult to make forecasts. “We’ll see how Russia evolves, but our plan for the United States was earlier,” he said.

Mango returned to profit last year, after a 2020 of heavy losses due to the pandemic. The net result was 67 million euros, the best since 2014. As of 2016, the company entered into losses, a path of red numbers from which it managed to get out in 2019 and then fall back again in 2020 due to the blow of the covid. The group’s international activity amounts to 79% of the total and sales on-line has grown significantly and now accounts for 42% of turnover.

Instacart Is Making It Easier and Cheaper to Eat Healthier

Sfax Coast: A shipwreck off the coast of Tunisia leaves 76 migrants missing | International
May 25, 2022

Sfax Coast: A shipwreck off the coast of Tunisia leaves 76 migrants missing | International

Putin holds the pulse against the West under the shadow of a long recession | International
August 21, 2022

The protests in Ecuador, in pictures

This is Lula Club, igo Onieva’s nightclub: price, what rules must be followed and which celebrities have gone
4 days ago

This is Lula Club, igo Onieva’s nightclub: price, what rules must be followed and which celebrities have gone

Russia steps up attacks on Azovstal steelworks, the last bastion of Ukrainian resistance in Mariupol | International
May 5, 2022

Russia steps up attacks on Azovstal steelworks, the last bastion of Ukrainian resistance in Mariupol | International