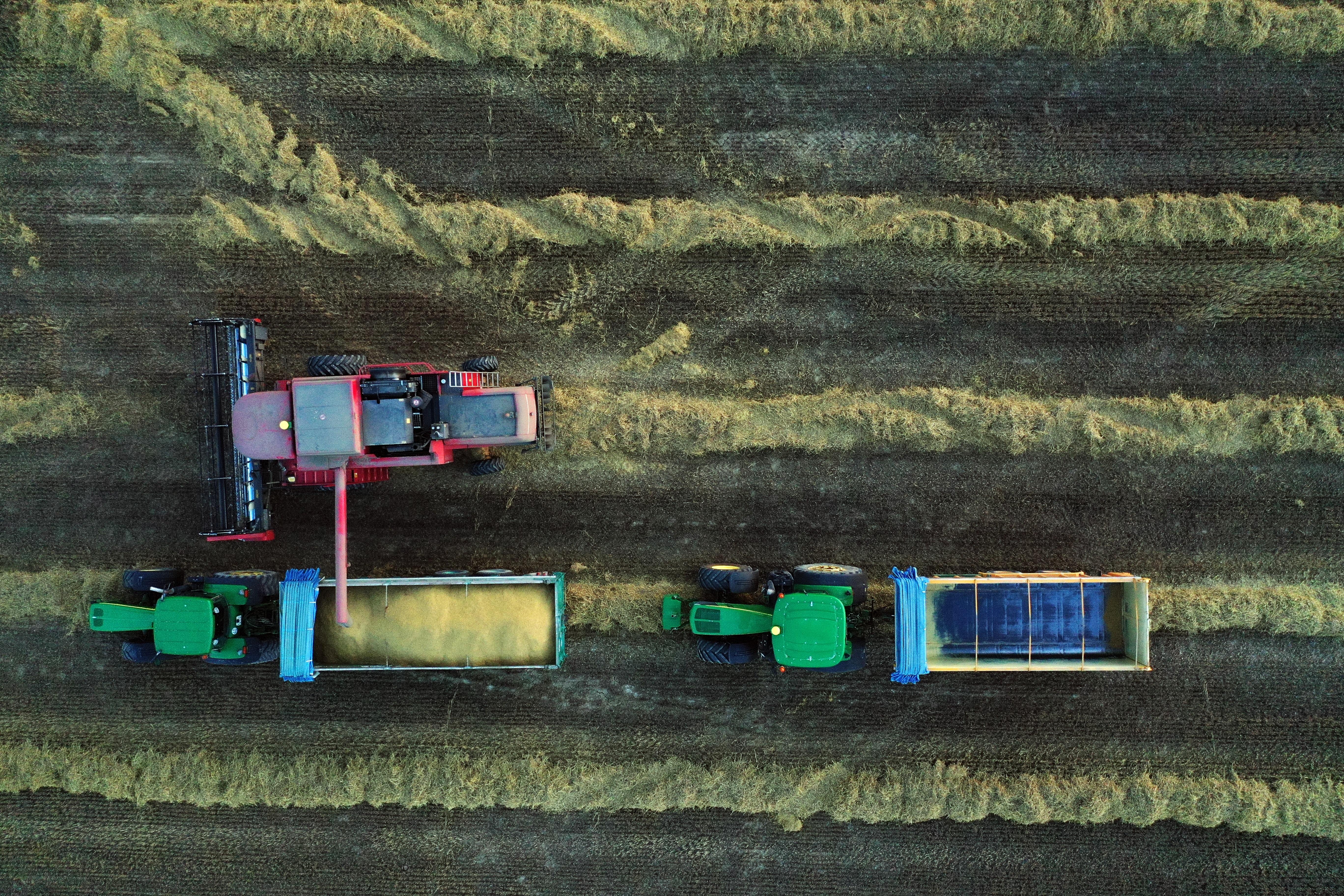 In the last decade, the agrarian sector reduced the number of farms and the labor force and increased their size, the set of cultivated surfaces, the number of heads in almost all the cattle herds and the number of women as heads of a farm. These would be the most outstanding facts of the new official radiography of the sector, according to the 2020 data contained in the last census prepared by the National Institute of Statistics in collaboration with the Ministry of Agriculture and the autonomous communities.

Officially, the number of farms fell by 7.6% to 914,871, of which some 660,000 holders are recipients of community aid. Faced with these figures, the reality is that the number of professional farmers registered as such in Social Security barely exceeds 300,000 assets, with only 251,000 earning more than 25,000 euros. Data from the Ministry of Agriculture used to prepare the Strategic Plan indicate that, of the almost one million farms, 93.4% have a physical owner with an average age of over 60 years, while only 6.6% are legal entities, including cooperatives, which obtain 42% of the value of production. A total of 582,000 farmers, as a whole, only account for 3% of the value of production. Another 344,000 generate 25%. And, finally, 78,000 physical and legal farmers account for 72%.

The useful agricultural area fell by 0.7% to 23.9 million hectares. On the negative side are the cuts of more than 10% in the areas dedicated to orchards and permanent pastures, while, on the opposite side, discreet increases were recorded in the rest, with the exception of olive groves with an increase of 14.4% , especially intensive plantations, officially up to 2.46 million hectares in 2020, 19.8% in other woody crops, where the new areas of almond, walnut and pistachio trees stand out, and 23.8% in stone fruit trees. The most remarkable note, the increase of 42% in the surface of greenhouses up to 65,000 hectares.

A positive fact for their viability is the increase in the average area per farm, which grew by 7.4% to 26.37 hectares. Above this official figure is the set of autonomous communities where there is a domain of herbaceous or pasture cultivation areas such as Castilla y León, where the official average reaches 63 hectares with an increase of 11.4%; of 53 hectares in Aragón with an increase of 17.5%, or the 43 hectares of Extremadura.

On the contrary, in the lower part are the territories with a high presence of smallholdings, such as the eight hectares on average in Galicia and the nine hectares in the Valencian Community, a reflection of a certain structure of land ownership or of the types of cultivation. In both cases, the official data, especially in the upper part, are far from the productive reality, if one takes into account that an exploitation of herbaceous in dry land in both plateaus or Aragon is unfeasible below 100 hectares of cultivation , volume that is achieved in practice, via different leasing systems. The census reflects a greater growth of farms in territories with a higher level of smallholdings such as the Basque Country, Murcia or Cantabria, with the exception of Galicia where the average size, far from rising, is decreasing.

The ecological area increased and now accounts for 7.8% of all the useful agricultural area, with a special presence in permanent pastures, olive groves and fruit trees. In livestock, the weight is much lower and accounts for just over 3% in sheep and goats. In relation to who are officially the bosses of the more than 900,000 registered farms, men account for 71.4% (653,237) and a cut of 15.8%. On the contrary, women already account for 28.6% (261,634) and a growth of 22%. In relation to farm work, hired labor grew by 16.3% and subcontracted labor by 13.9%, compared to a 50% drop in family labor.

In the same period analyzed by the census, agricultural income in current currency went from 21,000 euros to 28,400 euros and from 22,800 to 36,000 per work unit per year, UTA. In this same concept, the income discounted by inflation went from 11,300 euros to 16,800 euros. And the production costs went from accounting for 40% to exceeding 50% of the value of the final agricultural production, a drift that will worsen due to the strong increase in raw materials registered.

Iberdrola places Mario Ruiz-Tagle, until now head of the Brazilian company Neoenergia, at the head of its Spanish subsidiary | Economy

Check Also
Close
Salary of the ONCE: check the result of today’s draw, Sunday, October 2
21 mins ago

Who is Carola Martinez? Checo Perez’s wife
5 hours ago

A US judge considers it “likely” that Trump committed serious crimes in the attack on Capitol Hill | International
March 29, 2022

The change of military posture in NATO and its challenges | Opinion
June 29, 2022

The change of military posture in NATO and its challenges | Opinion

15 more graves for the children of Gaza | International
August 9, 2022

15 more graves for the children of Gaza | International

Francisco Cox: “There is a State policy to silence and persecute opponents in Venezuela” | International
1 week ago

Francisco Cox: “There is a State policy to silence and persecute opponents in Venezuela” | International