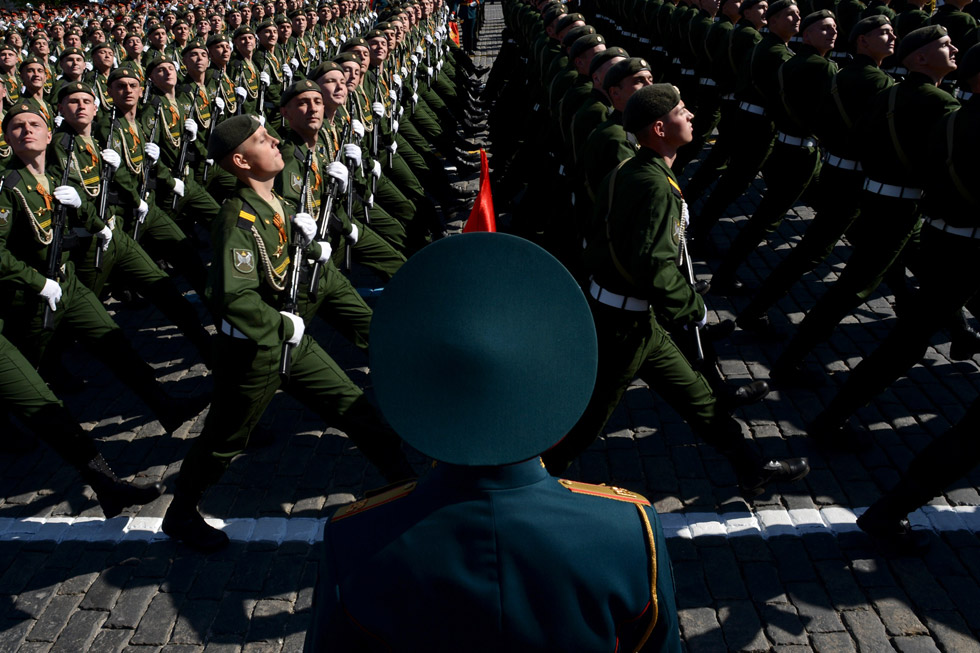 Tomorrow, like every year since the end of World War II, the Victory Parade is held in Red Square in Moscow. The Russians commemorate the surrender of Germany a day later than the rest of their then allies because Stalin was furious when, in 1945, the Third Reich signed its unconditional capitulation in Reims, France, and demanded that a second surrender be made in Berlin before his highest-ranking officer, Marshal Georgy Zhukov. Trying to make the most of the victory politically, the Soviet press did not even report the surrender of Reims until a day later.

This year, although Putin will also try to get the most propaganda revenue from the event, the situation is very different. After two and a half months of fighting, the “Ukrainian denazification special operation” is far from successful. The military objectives seem smaller and smaller and are focused on the eastern flank, trying to shore up a Russian corridor to the south that reaches little further than Crimea.

Although it is impossible to anticipate Putin’s wishes, tomorrow is not just any day and the symbolism of the situation seems the perfect opportunity to reveal them. As the war is costly and unsustainable in the long term, will the Russian President take advantage of the solemnity of the event to “sell a certain victory” to his people or, on the contrary, will he become even more emboldened and formally declare war on Ukraine?

The second option would mean a lengthening of the conflict and would allow him to gather more troops and put the country on a war footing, but it would be harshly accepted by the Russians. On the contrary, if it does not take another step, it should be interpreted as a turning point in its expansionist desires and possibly move towards a negotiated resolution of the conflict.

In any case, in addition to lives, war costs a lot of money and Europe and Russia cannot automatically break their mutual dependence. As much as embargoes have been adopted to limit the purchase of Russian energy or Putin has closed the gas tap to Poland and Bulgaria, the measures adopted so far by both sides have been painful but manageable. Germany needs years to give up Russian gas and 40% of Russia’s income comes from energy sales.

Turning to China to replace Europe will take years. Currently the Asian country covers only 10% of its gas needs with Russian product. It would have to be done by sea with liquefied gas since there is only one gas pipeline that connects both countries —Power Siberia 1— and it will not be at full capacity until 2025, at which time up to a quarter of what is now sent to Europe can be exported . The other big project, which will run through Mongolia, will not be operational until 2027 at the earliest.

Education has less to do with equality than you think | Business

Social Security will remain above 20 million affiliates in May, according to Escrivá | Economy

Today’s ephemeris: What happened on October 3?
44 mins ago

How the Azovstal steelworks has become the bastion of the Ukrainian resistance in Mariupol | International
April 20, 2022

Presidential elections in Colombia 2022, live | The polls open in the country | Presidential Elections Colombia
May 29, 2022

The ordeal of 600 buffalo abandoned to death to make room for a soybean plantation | News
March 10, 2022

War in Ukraine: Russia assures that the images of the Bucha massacre are a montage | International
April 3, 2022

War in Ukraine: Russia assures that the images of the Bucha massacre are a montage | International

The Ibero-American Secretary General advocates strengthening the “strategic convergence” with Europe | International
May 26, 2022

Neuquén: Three dead in a refinery fire in southern Argentina
1 week ago

Neuquén: Three dead in a refinery fire in southern Argentina