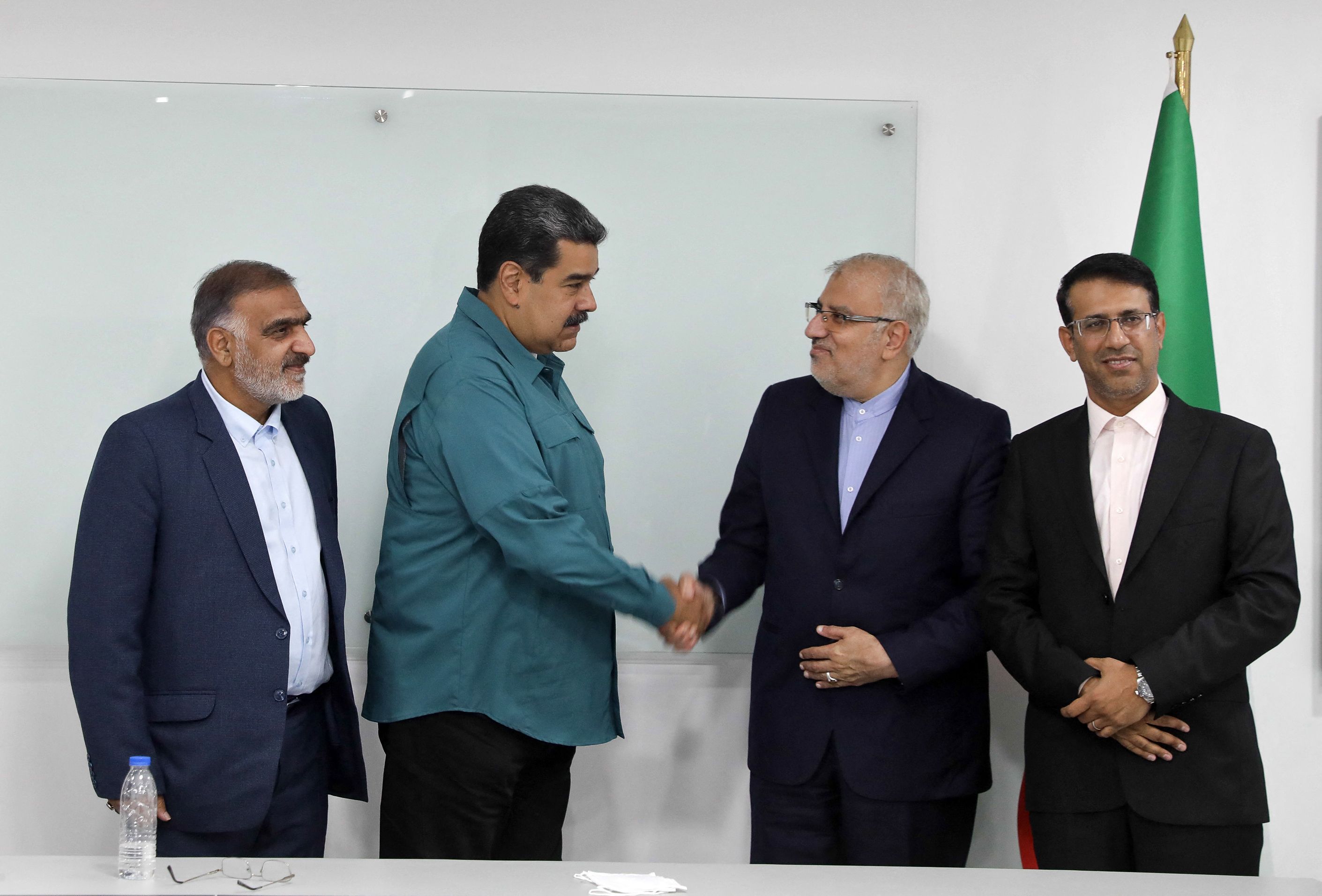 Venezuela makes moves to strengthen its relationship with Iran. This weekend Javad Owyi, Iran’s oil minister, made an unannounced visit to Venezuela and met with officials in Caracas and at the Paraguaná refining complex in the west of the country, according to Bloomberg. The meeting reinforces a crucial relationship for Maduro with a country that has helped him since 2020, when the oil nation experienced its greatest fuel shortage crisis.

This visit comes two months after the approach of the United States to the government of Nicolás Maduro, with the trip of senior officials from the government of Joe Biden, which opened the door to speculation about the possibility that Venezuela could resume its oil shipments with a relief of sanctions, in the scenario left by Vladimir Putin’s war against Ukraine and its impact on the energy market. Given the controversy that surrounded the meetings of Biden officials with Venezuelan authorities, the talks have cooled, at least from the outside, as has Chavismo’s commitment to resume talks with the opposition that began last year in Mexico. The Iranian visit shows that Caracas has lowered expectations about a lifting of sanctions, thus securing its relations with its Tehran partner, with whom it shares a place in the club of those sanctioned by Washington. Away from the spotlight, several Western companies have built bridges with Caracas in order to reactivate the oil industry.

The meeting between Owji and Maduro, according to a statement from the Venezuelan Oil Ministry, had “the purpose of continuing to deepen bilateral cooperation mechanisms” and “the construction of routes and mechanisms to overcome the unilateral coercive measures imposed by the United States Government. United States and allied countries. “I received His Excellency Javad Owji, Minister of Oil of the sister Islamic Republic of Iran. A productive meeting to deepen the ties of brotherhood and cooperation, in energy matters. Also, I reiterated our gratitude and affection for the Iranian people, ”Maduro wrote on his Twitter account on Monday night.

A couple of years ago, Iran became a major supplier of inputs to produce gasoline, condensates to dilute Venezuelan extra-heavy crude, spare parts for refineries, and technical personnel to build an industry paralyzed by years of corruption and mismanagement. Before this emergency rapprochement, the agreements signed with the government of Hugo Chávez to produce cars, tractors and bicycles had a very low profile and almost non-existent results.

From the historic low, below 400,000 barrels per day, oil production has managed to bounce back in recent months with Iranian support. Maduro dared to predict significant economic growth for this year when it reached one million barrels at the end of 2021, still far from the almost four million produced by the country with the largest hydrocarbon reserves. Production numbers, however, have been on the decline so far this year, according to OPEC data.

But the biggest exchange in recent years has been on tactics to circumvent sanctions, such as ghost tankers able to evade US control thanks to changes in their identification and route. In this operation, Russia has been a key ally for Venezuela for the collection through Russian banks of those underground dispatches that Maduro has been able to carry out in the midst of the economic siege. With the invasion of Ukraine and the hardening of Washington and Brussels against Moscow, these maneuvers have been complicated.

Last week, the Chavista leader revived the Petrocaribe alliance, with the visit of the Prime Minister of Saint Vincent and the Grenadines, Ralph Gonsalves, and the announcement of the cancellation of the debts of this country and others from the pact, as well as the offer of fuel with 35% discount. For years, oil diplomacy served Chávez to buy political support in international forums.

Maduro once again raises this Petrocaribe flag at a time when the game could change for his government, as the region is evaluating with concern the impacts of the war on its economies, for which they have met in recent days with Vice President Kamala Harris and with Josep Borrel, the High Representative for Foreign Affairs of the European Union.

Monica Lewinsky, the planetary scorn of an activist leader | International

Conservative Party: Boris Johnson considers the rebellion over and says that “nothing and no one” will stop him | International
June 8, 2022

Conservative Party: Boris Johnson considers the rebellion over and says that “nothing and no one” will stop him | International

Refugees: From Ukraine to the thorny fences of Melilla | Opinion
July 2, 2022

Refugees: From Ukraine to the thorny fences of Melilla | Opinion

Presidential elections in Chile: the crucial points of the second round between José Antonio Kast and Gabriel Boric | International
March 8, 2022

Presidential elections in Chile: the crucial points of the second round between José Antonio Kast and Gabriel Boric | International

Chile: Who sold non-lethal weapons to the Chilean police during the 2019 protests
June 7, 2022

Chile: Who sold non-lethal weapons to the Chilean police during the 2019 protests

Nancy Pelosi’s visit is a problem for Taiwan too | International
August 5, 2022

Nancy Pelosi’s visit is a problem for Taiwan too | International

Asylum applications increase by 90% in the European Union | Spain

Silence reigns around the house in Kabul where Al Zawahiri died: “Get out of here and stop investigating” | International
August 2, 2022

Silence reigns around the house in Kabul where Al Zawahiri died: “Get out of here and stop investigating” | International