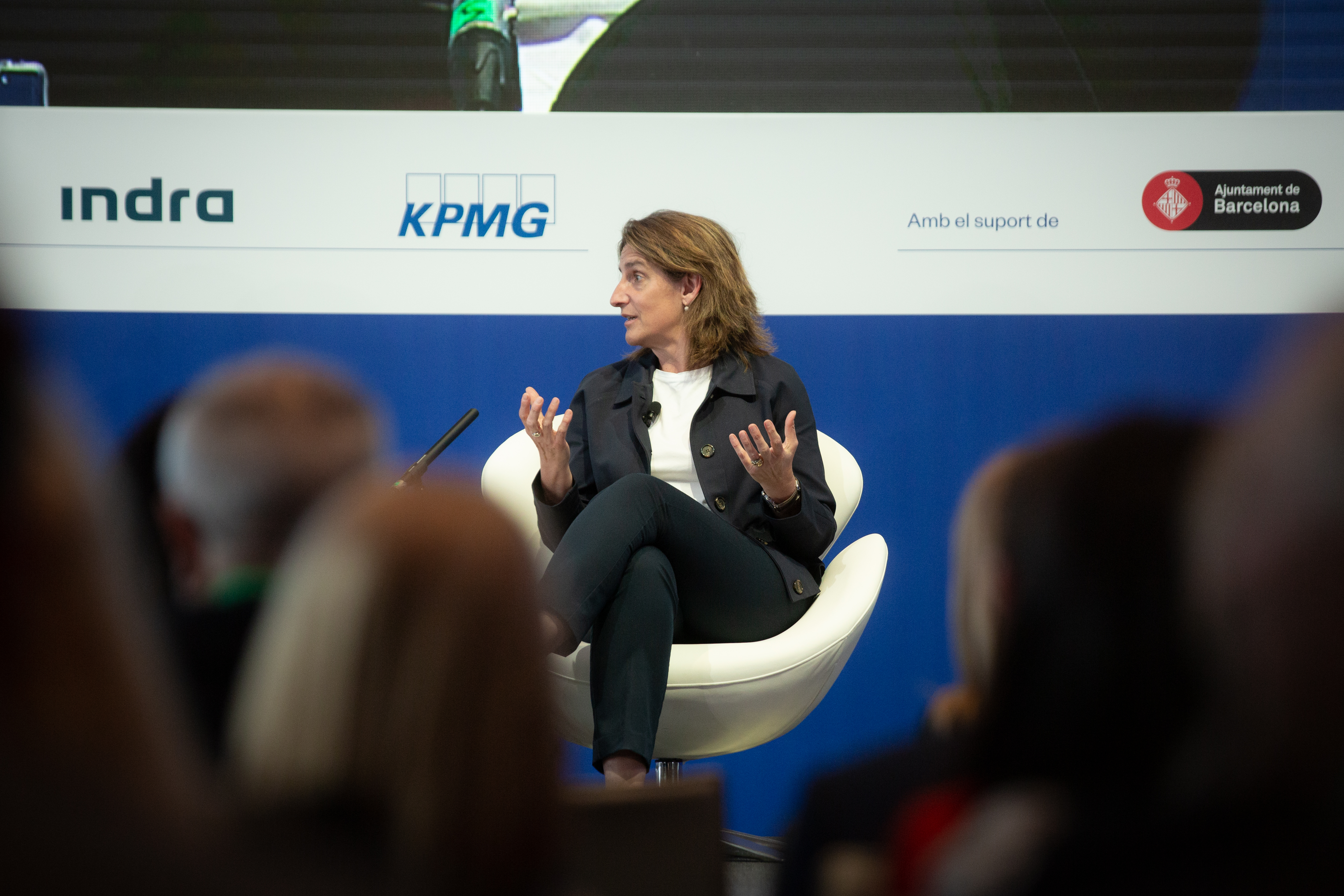 The Spanish and Portuguese governments are still working on the formula to make it possible to set a limit of 50 euros on the price of gas used by thermal power plants and thus limit the effect that its rise has transferred to the electricity bill. And the third vice president and minister for the Ecological Transition, Teresa Ribera, has pointed out that this task is delaying the preparation of the draft that the European Commission is waiting for, which politically validated the proposal to create an Iberian exception to contain energy prices but that awaits the final document to give it the green light definitively. This Tuesday, the Community Executive claimed that text in order to finalize the process.

Ribera, who has participated in the XXXVII Meeting of the Circle of Economy, has indicated that both Executives are working on the “very detailed technical detail” to bridge the differences between the two markets in regard to “rates and actors and the concerns that Portugal and Spanish consumers may have”. He has not referred to any type of deadline to present this work to Brussels and has not mentioned that there are technical differences with the Community Executive. His initial intention was that the measure would have received the approval of the Council of Ministers on Tuesday to enter into force already in the May receipt.

The intention of the Government with this measure is to be able to reduce the electricity bill in Spain by up to 40%, which is having a strong impact on electricity generation and, consequently, on inflation, since gas is the technology that makes the electricity rate more expensive. Spain and Portugal foresee that with the modification of this rule, first the cost price will be limited to 40 euros and then raise it slightly so that, on average in twelve months, it will stand at 50 euros. Today the average price of gas in the Iberian market is around 80 euros.

For it to become effective, however, the final Spanish-Portuguese proposal must be validated by the European Commission’s Competition Area, to prevent the new framework from attacking the rules on State aid or the single European market in when it comes to energy. That draft is considered “essential” by the EU to advance the entire project.

This same Wednesday, the main managers of the Spanish secondary sector, integrated in the Alliance for the Competitiveness of the Industry, has endorsed this agreement and have transmitted a “sincere gratitude for the efforts of the Government” considering that it will offer greater competitiveness, although that The proposal to create a European exceptionality is not to the liking of energy companies.

More coverage for the vulnerable

At another point in her speech, the vice president considered it “key” to reduce profits and not sales at a loss to reduce the price of energy. She was referring, above all, to the need to provide greater coverage to the most vulnerable consumers.

In a conference that has dealt with the transformation of the energy market, he has indicated that Spain will work to replace the gas that it imports from Russia, although he has indicated that it is a “simple” fact, because barely 5% depends on the country that suffers the sanctions of the European Union for the invasion of Ukraine. “We are in better situations than the others”, he said after admitting the community intention to “displace that supplier in a coordinated way”.

Invest in funds on autopilot | Business

Great salary from ONCE, check the result of today’s draw, Saturday, October 1, 2022
43 mins ago

Orlando Jorge Mera: The Minister of the Environment of the Dominican Republic was shot dead | International
June 6, 2022

Orlando Jorge Mera: The Minister of the Environment of the Dominican Republic was shot dead | International

“We were a model family for the party. Now they are all in concentration camps” | International
May 24, 2022

“We were a model family for the party. Now they are all in concentration camps” | International

A different country to all | International
3 weeks ago

A different country to all | International

The 517 days of Isabel without Felipe: the slow fall of the queen after the death of her inseparable husband | People
3 weeks ago

A three-month-old baby dies at the gates of an asylum center in the Netherlands | International
August 25, 2022

Hundreds of Puerto Ricans protest against the operator of the electrical network on the island
August 27, 2022

Last minute of the war, live | Guterres will travel to Ukraine on Thursday to meet with Zelensky and Erdogan | International
August 17, 2022

Last minute of the war, live | Guterres will travel to Ukraine on Thursday to meet with Zelensky and Erdogan | International