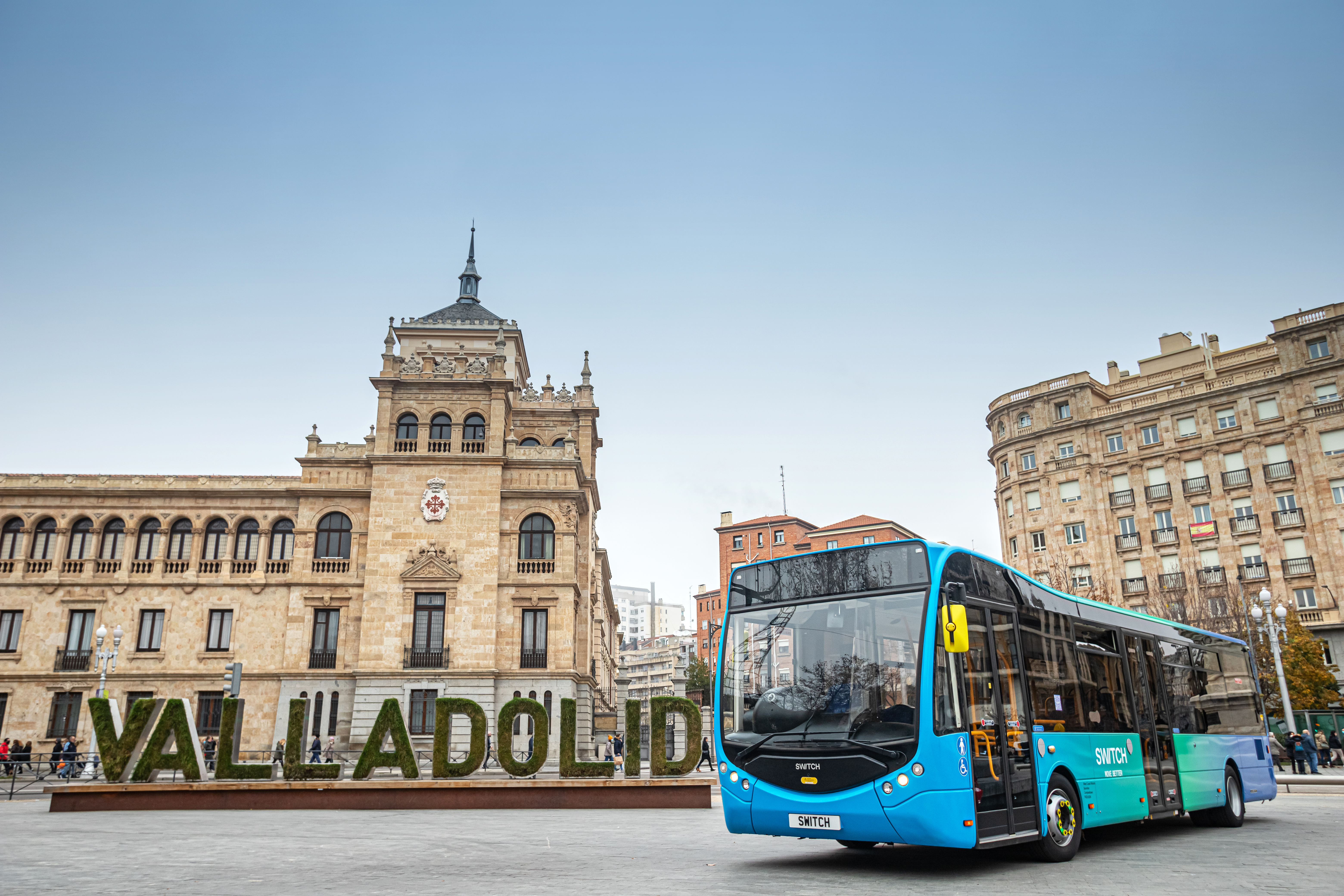 The old land of a sugar factory in Valladolid will house a state-of-the-art factory that will generate 2,000 direct jobs and another 5,000 indirect ones. The Indian-British company Switch Mobility has chosen this city to set up its third international factory and produce buses and electric vehicles there with an investment of 100 million euros over 10 years. The news represents a key boost for the industry in Castilla y León, which has its main axis of operation in the automotive industry, and for Valladolid, with an important boost for qualified labor.

The entity plans a “state-of-the-art” factory and R&D center, according to its vice president and CEO Andy Palmer. It will be executed through three phases. The first will be limited to the manufacture of electric buses similar to those used for their promotional events in Valladolid, where they have been accompanied by the Minister of Transport, Raquel Sánchez. After this first step, they will incorporate the assembly of batteries to conclude with the direct production of vans and electric commercial vehicles, a project scheduled for 2024. To do this, explains Palmer, Switch Mobility faces the “real challenge” of carrying out the process of creating vehicles ” with zero carbon emissions” and that the process itself is neutral and sustainable. The first buses built under this strategy are expected in March 2023 in the 141,500 square meters that make up this land on the outskirts of the Valladolid core.

The news generates employment and economic forecasts that are applauded by the local councilor, Óscar Puente (PSOE), who confirms that this environmental commitment was another factor that influenced the decision of Indian investors. “Valladolid, Palencia and Burgos form a very important automobile production corridor and due to their proximity it reduces the carbon footprint of the works”, points out the mayor, who points out that Brexit prompted Switch to choose to create a headquarters in Spain, since in addition from their plant in Chennai (India) they have another in Leeds (England). “They need to be in the European Union because the requirements are community”, explains Puente. The company’s calculations confirm this idea: “Spain is the second largest market in Europe, after Germany, for the type of vehicles we will produce,” adds the company’s boss. These are 12 meters long and designed for the European market. The global president, Dheeraj Hinduja, emphasizes this community vision so that his fleet, which in England has covered 50 million kilometers since 2014 through 300 electric vehicles, does the same for the continent. “I am convinced that this facility will have the capacity to address the growing requirements in Europe, which will see significant growth in the electric and sustainable mobility segment,” said Hinduja during the event last March, which included Indian rites to bless the soil. where they aspire to develop their European plans.

The experience of Castilla y León in this sector has had a notable influence, admits Palmer, since Valladolid has Michelin and FASA Renault, a French firm that also operates a factory in Villamuriel de Cerrato (Palencia). In addition, Burgos has an important industrial conglomerate. Valladolid also has multiple engineering faculties, from which Mayor Óscar Puente trusts that Switch Mobility’s staff will come out, something that the company also trusts to thus access “highly qualified personnel and suppliers”. Minister Sánchez has seen this initiative, “with a 100% electric model”, as “a milestone for the reduction of dependence on fossil fuels and a great ecological and digital transformation of the automotive industry”. The presentation was also attended by Alfonso Fernández Mañueco, President of the Board (PP), who thanked the commitment to take root in this territory. For their part, the emissaries of the company valued the collaboration between the City Council, the Board and the central government to facilitate the project: “They have been extremely proactive and showed us great support from the beginning”.

According to Palmer, the international upheaval caused by the Russian invasion of Ukraine and the economic damage it is causing do not threaten this expansion plan for his brand. The general trend of orienting urban planning and mobility towards public transport and the reduction in the use of private cars by cities drives Switch Mobility to want to expand its weight in Europe. Puente assures that in the same way that traffic restrictions grow in cities, there is no “horizon” for the functionalities and scope of the green automotive industry. “It is a guarantee of the future for our industry”, he considers, and appreciates that although other countries can provide cheaper labor, the industrial hub offered by Castilla y León provides extra value for this or other plants to be located in that floor.

The first call received by the Valladolid City Council in which Switch Mobility showed interest in producing its buses in Spain came in July 2021, “with the decision already made”, according to both parties. The negotiations in search of the exact location, recalls Puente, made him fear that the company would choose another location, something that he believes would have also benefited Valladolid, but in a less perceptible way, as he admits. The bureaucratic procedures for this fictitious “first stone” to soon involve works, contracting and production are already being completed and will soon begin to be seen in that space next to a highway that leads to Santovenia de Pisuerga. “This is the Champions League of the automotive industry,” applauds Puente, convinced that the community’s industrial market will soon realize the benefits of this factory. At the moment, there are already 5,000 applicants for this new job market.

The mayor comments that those weeks of uncertainty until it was confirmed where the factory would be installed were difficult: “We saw it lost.” Now, more relaxed, he recounts an anecdote that occurred in an Indian restaurant in Valladolid to which he took the Switch Mobility delegation. “India has 1.4 billion inhabitants and it turns out that the chefs came from the same place as the company representatives,” exclaims Puente, who tried to use that coincidence to tip the balance and promote the decision that finally came to an end: “It was a sign from the sky”.

Globalization goes into a tailspin | Economy

Trouble in the community pool: rules and sentences for a safe dip | My Rights | Economy

The writer Salman Rushdie, stabbed in the neck while giving a conference in New York | International
August 13, 2022

John Bercow: An independent commission ratifies the workplace harassment of the former president of the British Parliament | International
March 8, 2022

John Bercow: An independent commission ratifies the workplace harassment of the former president of the British Parliament | International

Moscow and kyiv blame each other for the attack that killed more than 40 prisoners in a Russian prison in eastern Ukraine | International
July 29, 2022

What we can know about the Russian strategy in Ukraine | International
March 21, 2022

What we can know about the Russian strategy in Ukraine | International

Nyans: The flight of the Muslim vote reduced the governing chances of the Social Democrats in Sweden | International
2 weeks ago

Nyans: The flight of the Muslim vote reduced the governing chances of the Social Democrats in Sweden | International

One of the leaders of the ultra group Proud Boys pleads guilty to conspiracy to storm the Capitol | International
April 9, 2022