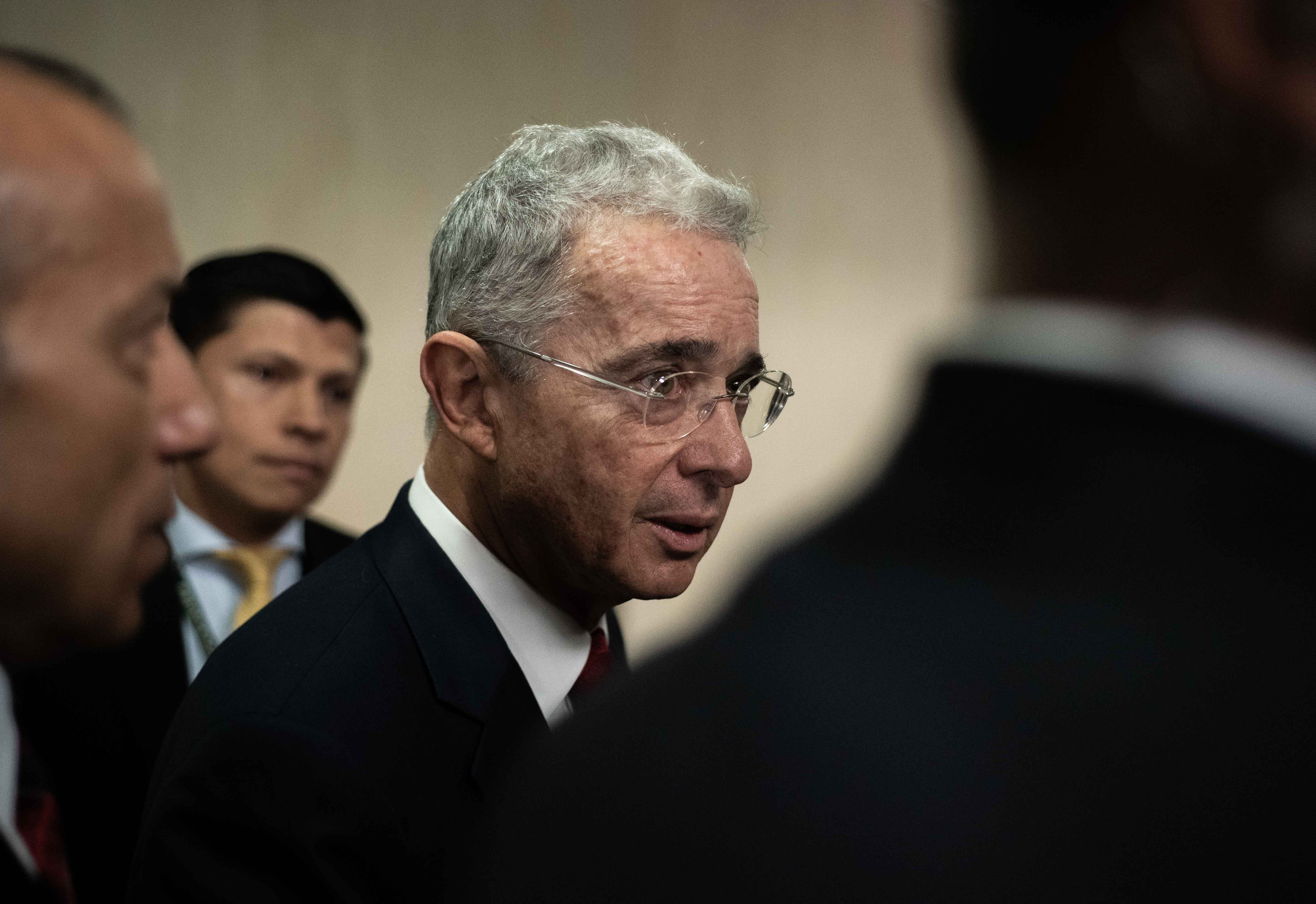 Álvaro Uribe does not give his arm to twist in the case that is open against him for alleged purchase of witnesses and procedural fraud. The former president, the most transcendental political figure in Colombia in the last 20 years, has waited until Sunday night to react forcefully against the resolution of a judge who four days ago, against the criteria of the prosecution, approved that The investigation continues. Uribe, 69, is heading to face a trial that would have enormous repercussions in the country, which is currently engaged in a tough presidential campaign. His shadow is a constant in modern Colombian history.

Uribe does not seem to want the case to be left out of the electoral contest. The statement that he read and made public is entitled They expropriated my reputation. His advisers assure that it is not a veiled reference to Gustavo Petro, but it is hard to believe. The left-wing candidate and Uribe, owner of large extensions of land in the Caribbean region of Córdoba, have argued in the past about the usefulness of the land. Petro, months before the start of the campaign, proposed that the large unexploited estates be bought by the government and put to work to produce food that does not have to be imported. He referred directly to Uribe’s farms, who did not take it well at all and accused him of wanting to expropriate what is his.

It sounds too casual that he has now used that verb to question the judge’s ruling. Uribe and Petro, who in his time as a congressman uncovered the relationship between paramilitarism and politics, have had a tense relationship for years. They take advantage of any situation to get involved. Petro visited Montería, the capital of Córdoba, last Saturday and gave a meeting next to one of the farms owned by Uribe and his children. He referred to them constantly, to the amusement of those present. The former president has now answered him in a hidden but obvious way.

Uribe has been involved since 2018 in this case that brings him continuous headaches and has interrupted his political career. The Supreme Court of Justice ruled four years ago that there was enough evidence to ensure that some witnesses received compensation from his envoys to favor him in a court case. At the time that happened he was a senator and had to face the Court. In order not to do so, he resigned his seat to fall into the hands of the prosecution, controlled by someone close to President Iván Duque, Uribe’s dolphin.

The move worked. The prosecution dismissed evidence such as phone calls and recordings in jail to request the file of the case. Iván Cepeda, the left-wing senator whom Uribe allegedly tried to trap, appealed to close the case and, after several turns in the intricate Colombian judicial system, the matter fell into the hands of a judge. On Wednesday she contradicted the prosecution and asked that the investigation continue.

The former president has listed 40 contradictions in the case, which was originally a complaint by Uribe against Cepeda. The court filed the case against him and instead opened one against Uribe. From persecutor to persecuted. According to the version that he has now given, there is a great deal of evidence that proves that he never ordered to look for witnesses, but to corroborate information that came to him. “I never took the initiative to offer a benefit, nor did I authorize or previously know about money transfers, nor did it cross my mind to ask them to lie or hide the truth,” he stated in an intervention that he broadcast live on social networks. In the end, he assured that he has been nothing more than an honest and consecrated public servant. In the written version, in that paragraph he writes the sentence about the expropriation in capital letters, the only ones in the entire text.

Uribe can now appeal the judge’s decision. His future runs parallel to that of the country, nothing strange. Petro now entered the equation, who actually has nothing to do with this matter, but who, as was the case with Uribe, ends up in the middle of all the discussions. Two planets on which a large part of Colombian news orbits.

Paul Reichler: “He is no longer the Daniel Ortega whom I respected so much”: an important adviser to the Government of Nicaragua resigns | International

Tax on energy and aid to households: Boris Johnson resorts to social democratic recipes to leave behind the party scandal | International

At least three dead and dozens injured when a train derailed in southern Germany | International
June 3, 2022

Elections in France: The baker defending migrants who wants to be a deputy for the Mélenchon alliance | International
June 18, 2022

Elections in France: The baker defending migrants who wants to be a deputy for the Mélenchon alliance | International

The resistance of women in Afghanistan | International
August 7, 2022

The resistance of women in Afghanistan | International

Bolivian politics is “drugged” with accusations in all directions | International
July 12, 2022

Bolivian politics is “drugged” with accusations in all directions | International