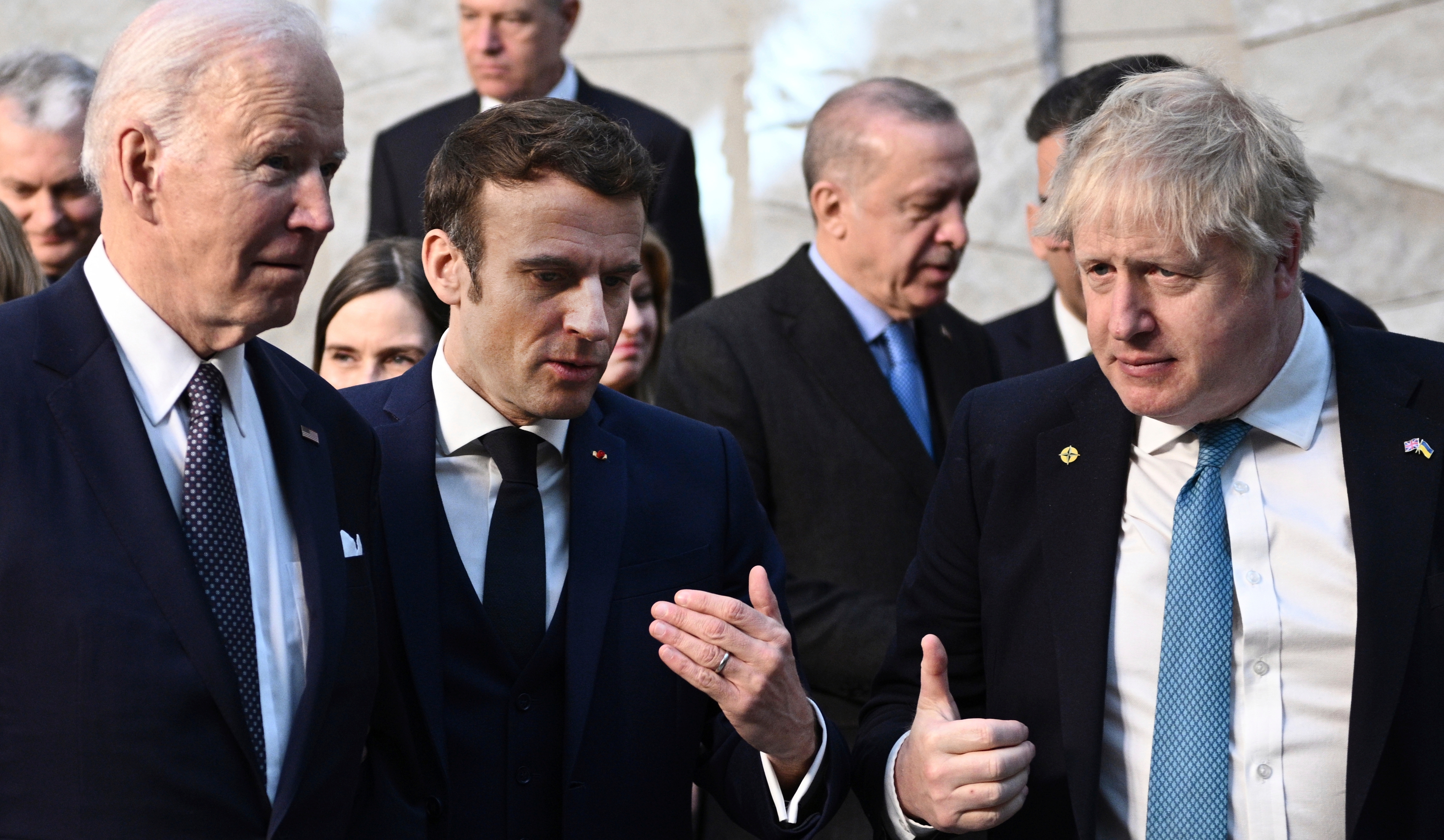 The revelation, in July 2021, that the Israeli Pegasus computer espionage system had been used in a double direction – by some governments or against some governments – unleashed a climate of suspicion and uncertainty that has continued to this day, and has left the citizenry with the suspicion that the truth has only been half told. The Spanish Government announced this Monday that the telephone numbers of President Pedro Sánchez and the Defense Minister, Margarita Robles, were hacked by the Israeli program that, in theory, is only sold to governments and official agencies. But the scandal has affected many other countries.

In the United Kingdom, the security services immediately proceeded to track the cell phone of Prime Minister Boris Johnson, several of his ministers and senior Foreign Office officials. “We do not comment on matters related to national security,” a Downing Street spokesman limited himself to explaining then. The information known so far comes from the investigations carried out by the so-called Pegasus Project, promoted by the organization Amnesty International and a group of media —including EL PAÍS—, under the umbrella of the Forbidden Stories investigation consortium. Everything was verified and disseminated by the study group of information control and surveillance of Citizen Lab networks, of the Canadian University of Toronto.

The British security services found no conclusive evidence that the phone of the Prime Minister or other important members of the Government had suffered significant data theft, and could not point to any specific infected device. They did find at least five devices intercepted in the Department of Foreign Affairs, according to the magazine new yorker.

The French government was also the victim, in 2019, of massive espionage of its mobile phones, including one of those of the president, Emmanuel Macron, according to the newspaper Le Monde. The newspaper participated in the investigation of Project Pegasus. Both the cell phone of the President of the Republic and that of his various ministers, according to the revealed data, had been intercepted. The client who had used the espionage tools of the company NSO, the developer of the spyware, against relevant French people, had been a Moroccan security service, which the newspaper did not identify. The potential victims of Pegasus were dozens of journalists, human rights activists and politicians.

Neither in the British case nor in the French case were there resignations of those responsible for their security service due to what seemed more than obvious control and prevention failures.

A particular case was precisely that of the country of origin of the security service that spied on Macron, Morocco, according to the investigation of Le Monde and Forbidden Stories. The list of infected telephones drawn up by the research consortium included not only the telephone numbers of Moroccan journalists, activists and high-ranking personalities critical of the regime, such as Prince Moulay Hicham, the king’s first cousin — known as the red prince— but even the mobile of the sovereign himself, Mohamed VI. Rabat’s reaction was to deny having acquired the spyware and announce the opening of an investigation by the Prosecutor’s Office of him, not on whether that software had been used or not by one of his security services, but about “the publication” of some accusations that he defined from the outset as “false”. The Moroccan government then tried to take Forbidden Stories and the media that reported the story to the French courts. The French Justice did not even admit the demands for processing.

Double use of Pegasus

The Israeli company NSO has defended from the beginning that its only clients are the governments of the different countries, and that the purpose of the spyware is to be able to combat terrorist threats or organized crime. In September last year, the German government admitted, in a closed-door session of a parliamentary committee, that the federal police (BKA, in its German acronym) had used the Pegasus system. The news was revealed by the AFP agency, citing parliamentary sources, and thus confirming previous information of that same day from media linked to the Forbidden Stories consortium, such as the NDR channel or the Die Zeit. The BKA used the espionage program in “a limited number of cases”, according to those same parliamentary sources, and requested that NSO disable some of the functions of the acquired version, to limit its scope. Strict German privacy laws limit the type of data that can be obtained without judicial authorization. The demand for explanations to the Government of the then chancellor, Angela Merkel, by members of the opposition and organizations such as Amnesty International did not have any consequence in the form of resignations.

Merkel publicly called for restrictions on the sale of these programs software spy. “It’s important that they don’t end up in the wrong hands,” he said. “They should not be sold to countries where it may not be guaranteed that justice monitors operations,” insisted the chancellor.

The Central Anti-Corruption Office of the Government of Poland bought the Pegasus system in 2017, with funds from the Ministry of Justice, as the Senate of that country recently learned through the documents known in an investigation commission. There were at least two cases of people linked to opposition senator Krzysztof Brejza, leader of the liberal Civic Platform party. Both his personal assistant and the senator’s father received messages on their mobile phones identified with the intrusion mode deployed by Pegasus. The Polish Senate keeps open the investigation commission that began to investigate this matter in January this year.

The Hungarian government of Viktor Orbán has so far refused to officially admit that it acquired the services of NSO and bought the computer espionage system. One of the parliamentarians from the ruling party, Fidesz, however, recently admitted to the press that the purchase had been made. Lajosw Kosa chairs the Defense Committee of the Hungarian Parliament, whose minutes must be kept secret until 2050 by legal requirement. The Minister of the Interior, Sandor Pinter, admitted to that same parliamentary body that the country’s security services had only used Pegasus with judicial authorization, although the data revealed by the media participating in the Forbidden Stories consortium —the daily Gazeta Wyborcza, fundamentally—indicated that dozens of members of the opposition, along with journalists, had suffered tracking and interceptions.

Investigations carried out by the media in Israel, the country that developed Pegasus, have indicated that the security forces also used the system to spy on opposition politicians during the government of Prime Minister Benjamin Netanyahu. Mayors, former public employees or activists from various organizations were monitored with spyware, according to the economic newspaper Calcalist.

Great salary from ONCE, check the result of today’s draw, Saturday, October 1, 2022
26 mins ago

Agrarian strike: The Argentine countryside rises up against the Government of Alberto Fernández

Esplanade of the Jerusalem Mosques: At least three dead in a new attack in Israel | International
May 5, 2022

Esplanade of the Jerusalem Mosques: At least three dead in a new attack in Israel | International

At least 34 dead in a warehouse fire in Bangladesh | International
June 5, 2022

At least 34 dead in a warehouse fire in Bangladesh | International

Shinzo Abe’s killer alleges he was moved by former prime minister’s support for a church that bankrupted his mother | International
July 15, 2022

Plebiscite Chile 2022: Lessons for a new beginning
4 weeks ago

Patrick Lyoya: The video of the murder that reignites the debate on racism and police brutality in the US | International
April 15, 2022

Patrick Lyoya: The video of the murder that reignites the debate on racism and police brutality in the US | International

Trump knew his plan to prevent the election of Biden was illegal, according to the commission of the assault on the Capitol | International
June 16, 2022

Trump knew his plan to prevent the election of Biden was illegal, according to the commission of the assault on the Capitol | International

Russia leaves no room for anti-war protests in Ukraine | International

Lula is eating the center and disrupting Terceira via | News
March 8, 2022

Lula is eating the center and disrupting Terceira via | News