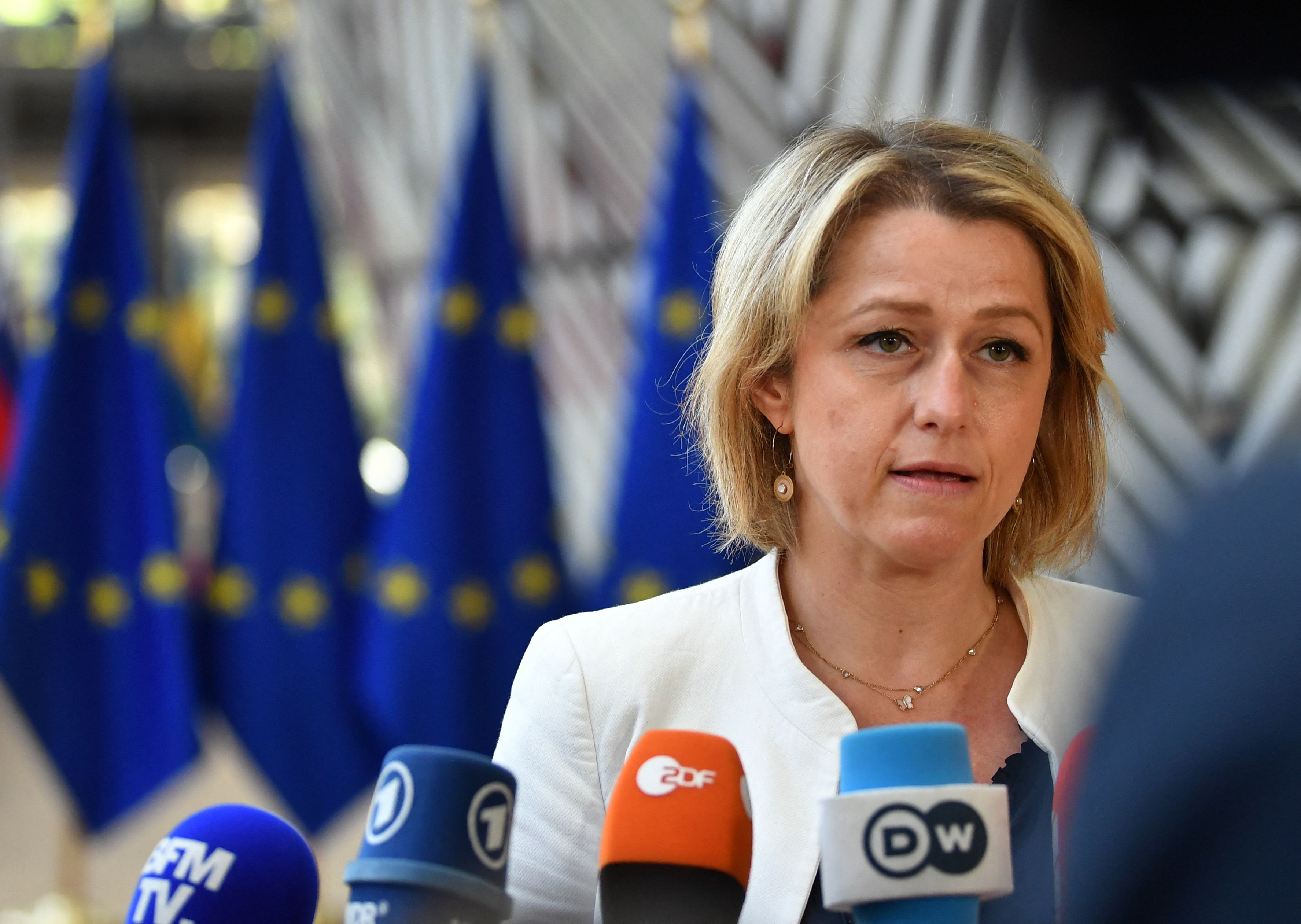 With relations between Russia and the EU on the brink of an energy abyss, Brussels is facing a week of almost existential decisions, which will mark a before and after in European fuel supply, and very likely change its course forever. The community debate has been heating up in recent days through two conduits that run in parallel: gas and oil. Russia threatens to cut off the gas that reaches the EU, after last week having closed the handle on the pipelines to Poland and Bulgaria. And Brussels is assessing how to proceed with the next package of economic sanctions to hit the Kremlin where it can hurt the most: decreeing an embargo on Russian oil, the sale of which represents, in times of peace, nearly 48,000 million euros a year to the Vladimir Putin regime, according to Eurostat.

“We cannot accept this type of maneuver,” Barbara Pompili, Minister of Ecological Transition of France, protested about the gas cuts imposed by Russia, just before entering the Council of EU Energy Ministers convened extraordinarily in Brussels.

The EU countries have met urgently this Monday to discuss contingency plans, community solidarity mechanisms and alternative supply formulas. Among the measures discussed are the new storage regulation proposed by the European Commission, which will force reserves to be filled to 80% before November; or the joint fuel purchase scheme, with which Brussels wants to value its global purchasing power, as it did with vaccines during the pandemic.

Pompili, whose country holds the presidency of the EU this semester, has denounced the “unilateral and brutal” decision of the giant Gazprom, to suddenly close flows to Sofia and Warsaw when they refused to pay for supplies in rubles, as Russia demands from March 31. He has also defended that the gas company’s clients continue paying their debt in euros or dollars, as stipulated in 97% of EU contracts, according to European Commission sources. The Community Executive, in addition, considers that paying in rubles would mean violating the financial sanctions imposed by the West against Moscow.

Meanwhile, the European Commission is already finalizing its final proposal to stop importing Russian crude oil, the dart with which Brussels intends to pierce the coffers with which Moscow largely finances its war in Ukraine. But in this struggle the Twenty-seven walk on a wire. The policy of the Russian president, Vladimir Putin, threatens to deepen the cracks between the capitals of the community bloc, while planning the dark shadow of a scenario of fuel cuts and rationing, which sources from the Community Executive already consider more than likely for the next winter.

In Brussels there is a growing fear that the first cuts were just a warning from the Kremlin. The new payment system unilaterally demanded by Moscow, which both Warsaw and Sofia have refused to comply with, amounts to a political blackmail tool that Putin can use at will to divide the Twenty-Seven.

Moscow’s latest blow to Poland and Bulgaria has also accelerated the negotiation of the sixth package of economic sanctions against Russia. Community sources assure that it is necessary to give a forceful response. The Commission’s proposal is almost cooked, after a high-level diplomatic discussion carried out over the weekend. And it is expected that the College of European Commissioners, under the baton of its president, Ursula von der Leyen, will assess the measures at their meeting tomorrow, Tuesday. Then, only the final approval of the Twenty-seven would remain for the sanctions to be approved.

Within the EU there are partners who are very reluctant to take the sanctions further, such as Hungary, whose government, close to the Vladimir Putin regime, has closed in on sanctioning Russia’s energy sector, after the last package included a total embargo on coal. The head of European diplomacy, Josep Borrell, one of those responsible for laying out the new package of sanctions, has come to assure that he sees it as unfeasible, for the time being, to achieve the unanimity that the total cut requires; but he, he assures, countries could voluntarily move towards energy disconnection from Russia.

The main lines of the plan, for the moment, are very similar to what Berlin has claimed. Brussels, for now, intends to activate a progressive, but not immediate, embargo on Moscow crude, with a period that gives sufficient margin to prepare alternative supplies.

“Germany is not against an embargo on Russian oil,” the German Minister for Economy and Climate Action, Robert Habeck, assured in Brussels on Monday before the Energy Council. “Of course it is a heavy burden to carry, but we are willing to do it,” he added, assuring that he does not believe that the embargo can be decreed immediately, since some partners are not yet ready to undertake it and that it could mean a economic catastrophe.

Habeck made reference to the enormous effort to reduce the consumption of Russian crude made in his country, which has gone from 35% before the war to 12% today, but explained that there is a localized problem that hampers the process. The Schwedt refinery in the eastern state of Brandenburg runs on the kind of crude that Russia exports. Furthermore, Schwedt is majority owned by Russian state oil company Rosneft. “It would help if we had more time, a few weeks or months, to do the technical preparations,” concluded the German.

Germany has spent weeks assuring that it could only face a gas embargo at the end of the year. But a gradual disconnection, as it is outlined at the moment, does not convince the most belligerent members of the community club, who seek to go faster to immediately put a stop to one of the great economic items with which the Kremlin continues to finance the war in Ukraine. “I think that what is proposed is a period that is too long,” says a high-ranking diplomatic source, familiar with the negotiation. She thinks that a delay in the disconnection does not sound too much like an imposition of sanctions.

The Polish Minister of Climate, Anna Moskwa, has been one of the toughest in her appearance prior to the Council. She has called for an immediate veto on both oil and gas. And he has demanded a tax, similar to the one imposed on CO2 emissions, against community countries that do not want to join the energy sanctions: “This money can be used to support Ukraine and to diversify and finance European infrastructure”, he has proposed Moscow.

Tuition crisis between Kosovo and Serbia drags on: leaders’ meeting with EU ends without agreement | International

Karl Nehammer: The first visit of a European leader to Putin during the war ends with fears of a major offensive in the east Ukraine | International
April 11, 2022

Karl Nehammer: The first visit of a European leader to Putin during the war ends with fears of a major offensive in the east Ukraine | International

War in Ukraine: The horror at the Kramatorsk station: “We saw a burned corpse inside a car and many bodies” | International
April 9, 2022

War in Ukraine: The horror at the Kramatorsk station: “We saw a burned corpse inside a car and many bodies” | International

Life sentence for Compaoré, former president of Burkina Faso, for the murder of Thomas Sankara | International

Israel expands the wall around the West Bank in response to the wave of attacks | International
April 11, 2022

Which sanctions are worse for Russia? These are the most effective according to a panel of experts | International
April 7, 2022

Which sanctions are worse for Russia? These are the most effective according to a panel of experts | International