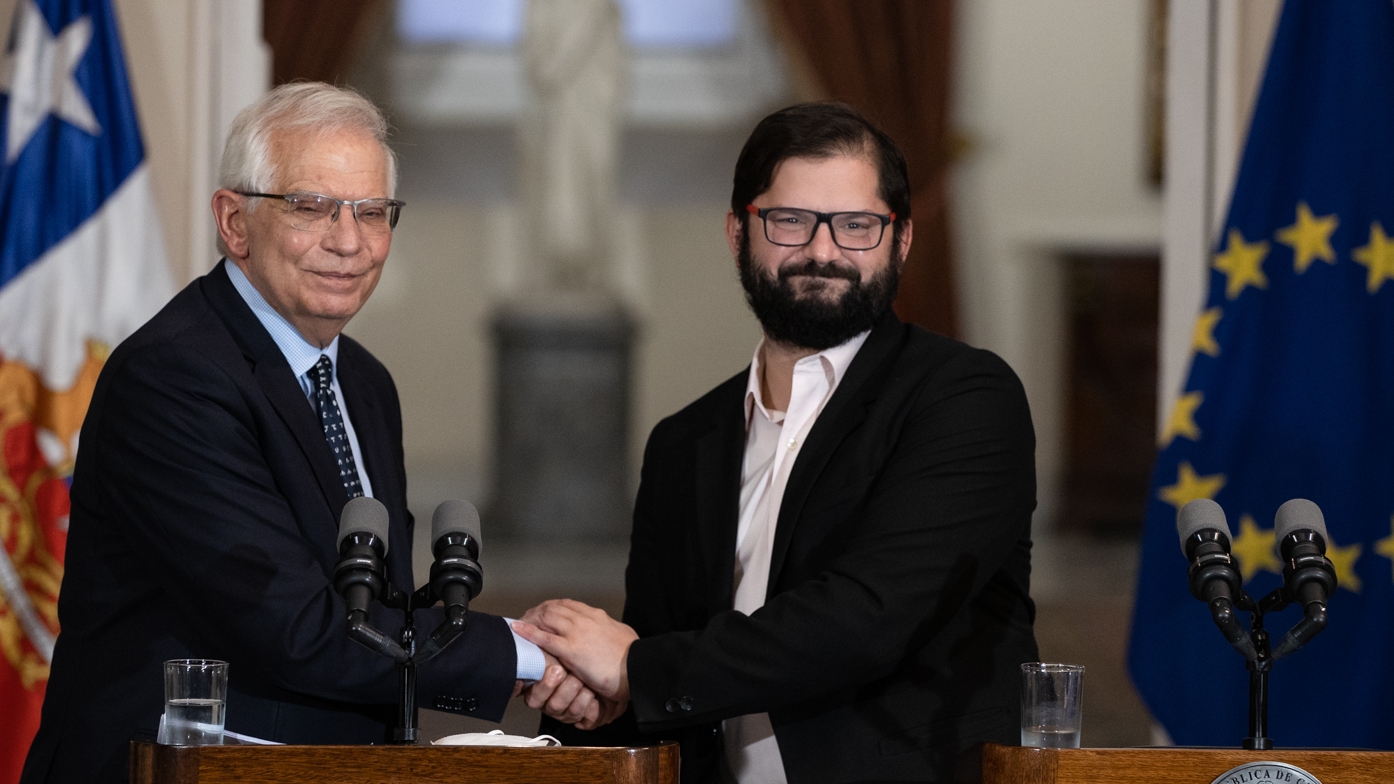 The head of European diplomacy, Josep Borrell, has defended the Chilean constituent process as an opportunity to cement political coexistence in the South American country. “Constitutions are a framework for action that must be able to accommodate different political expressions within it. That is why I believe that, if it is so, and I hope it is so, Chile has nothing to fear from a new constitutional framework,” he said Thursday at a press conference in the new offices of the European Union embassy in Santiago. From Chile. The diplomat’s statements come at a time when citizen disaffection with the process is increasing, according to the latest polls, described as “worrying” by President Gabriel Boric.

“The Constitutions are not elements of division, they are elements of cohesion,” said Borrell, although he clarified that he did not intend to “give advice to anyone.” “Within the same constitution, governments of the left and right can fit. Constitutions are fundamental stones of political coexistence, therefore they need a great agreement. The bigger the better.” A robust 80% majority of Chileans voted in October 2020 to bury Augusto Pinochet’s Constitution and write a new one. However, the latest polls reveal that rejection of the new Magna Carta – on which the Constitutional Convention continues to work – is on the rise and, in some cases, exceeds approval. The exit plebiscite will be on September 4.

During his visit to Chile, the vice-president of the European Commission remarked that the EU is following the Chilean process “with great interest” “because it makes it possible to channel new forms of political expression”. “Whenever you innovate in politics, you run risks, but they are risks that are worth taking,” he said Wednesday after his meeting with Boric in La Moneda, the fourth Chilean president he has met during his political career.

Borrell began his tour of Latin America in Chile on Tuesday in order to address the modernization of the Association Agreement signed 20 years ago. The vice president of the European Commission acknowledged that he “would have liked” to seal the update of the agreement during his visit, but the Boric government asked him for more time to review technical aspects. “I hope that its reconsideration does not mean reopening the negotiations, but rather a better understanding of the terms of the agreement that has been reached with the previous government,” said the senior official at the EU diplomatic headquarters. If signed, it will be the most comprehensive and most modern association agreement the European bloc has with any other country.

In La Moneda, Boric said that he had “made it very clear” to the head of European diplomacy that Chile is willing to update the agreement. “That is not at issue. What is under discussion are some procedural issues,” said the Chilean president. He also emphasized the country’s interest in developing an industrial policy that allows the State, in collaboration with the EU, to promote aspects such as technology transfers or production linkages in the region.

Subscribe here to newsletter of EL PAÍS America and receive all the informative keys of the current situation in the region.

Without identity card or passport: millions of Venezuelans are left stranded by the crash of the system | International

Today’s ephemeris: What happened on October 3?
44 mins ago

By admin
Recent Posts
Latest News
Facebook Twitter WhatsApp Telegram
Back to top button
Close
Featured Posts
Havana and Washington intensify their diplomatic pulse on the eve of the Summit of the Americas | International
May 16, 2022

Russian offensive in Ukraine: Which side is India on? | Opinion
March 23, 2022

Russian offensive in Ukraine: Which side is India on? | Opinion

Merkel breaks her silence… and does not regret her policy towards Russia | International
June 12, 2022

War in Ukraine: How Social Media Photos Can Help Bring Putin to The Hague | Videos
April 18, 2022

War in Ukraine: How Social Media Photos Can Help Bring Putin to The Hague | Videos

Jihadists choke the Sahel and threaten to attack the capitals of Mali and Burkina Faso | International
August 5, 2022

The third war of Wali, the famous Canadian sniper: “I couldn’t refuse to go to Ukraine” | International
April 12, 2022

The third war of Wali, the famous Canadian sniper: “I couldn’t refuse to go to Ukraine” | International

Russia: The Kremlin concludes the illegal referendums with which it intends to annex the occupied Ukrainian provinces | International
5 days ago

Russia: The Kremlin concludes the illegal referendums with which it intends to annex the occupied Ukrainian provinces | International