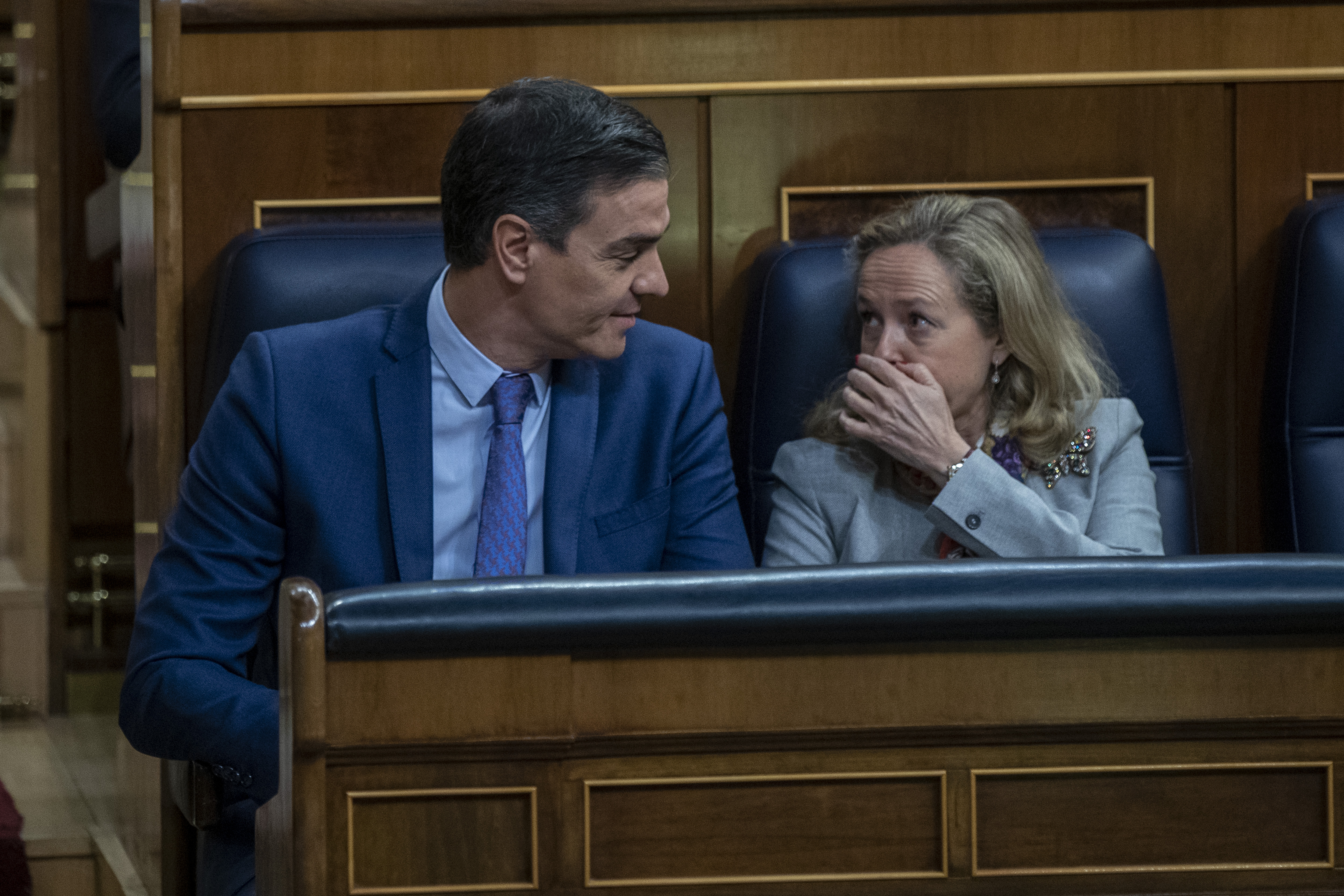 The Government tries to breathe rhythm into the granting of European funds. To date, it has already authorized 30,311 million euros, 58.8% of what was budgeted for the years 2021 and 2022. Of these, four out of ten euros have been transferred to the autonomous communities (13,386 million), which will be in charge to channel that part. If compared to what was committed, this is just over half of the European resources that passed that phase – the moment in which the contract is awarded to the company or the subsidy is granted – according to government sources. However, this does not imply that this money has already been spent. In other words, it has not yet reached street level because it has not been paid (at least not in full).

That is now the great pending task to close the circle of a project that must transform the country’s economy: to make the aid land as soon as possible in the companies. The CEOE employers demanded this Wednesday that the execution of the funds be accelerated. Like the opposition: Elvira Rodríguez, the PP’s deputy secretary for Sectoral Policy, acknowledges the acceleration that occurred in December, but criticizes the delay in execution. “If the money does not arrive, even if there are projects, economic growth is not generated,” she justifies. Sources from the large consultancies that have participated in the design of the European funds agree that the execution is delayed. “Aid is taking longer than desired to reach the productive fabric,” they maintain.

However, the Government defends the cruising speed that the management of the funds has reached since the end of last year. A rhythm that in this 2022 is maintained or has even accelerated. In fact, the first vice president of the Government, Nadia Calviño, will give an account of this this Thursday in the Senate, where she will explain the report on the execution of the plan. “The start was very complicated, especially because of the negotiations with Brussels. In addition, it is about incomparable amounts with previous investments in all of history”, recalls a senior official from the Executive, who insists that Spain is far ahead of the rest of the community countries.

European funds are a double-edged sword for the Government. On the one hand, Spain will have a huge amount of money to transform its productive fabric. But this hides a more demanding face: the management of these grants is a major challenge for public administrations. Having overcome a hesitant start, especially with strategic projects (Perte) whose approval was delayed in Brussels, the challenge now is to be wise when selecting investments.

A complicated exam for the Administration. Government sources explain that aligning all the public machinery was like passing the titanica down a river, any wrong move would derail the operation. A test that they believe they have passed: the flow of hard cash must already arrive without interruption. For this, the Perte will be very relevant, due to the quantities that they will agglutinate and for their dragging capacity. Of course, success depends on whether detailed and adequate plans can be created.

Of what was budgeted in the years 2021 and 2022 (51,528 million euros), Brussels has transferred 19,037 million. In addition, the Government is going to request this week the second semi-annual disbursement for an amount of 12,000 million euros, according to ministerial sources. And in the second part of the year it will ask for 6,000 million more.

Another of the great complaints about the funds is the lack of information. Yes, there is data on the programs that are put out to tender linked to the European aid plan, but not everything is there, nor is it in an orderly manner. Raymond Torres, director of the Economic Situation of Funcas, asks for more transparency to know the rate of concessions and, above all, execution. “With what there is, you cannot connect with the reality of the execution,” criticizes Torres.

Without this information, experts maintain, control work is difficult. On this, for example, derived from high inflation, the study services of several institutions already warn that the impact of European funds will be less than expected. For example the Fiscal Authority (Airef). “The macroeconomic environment in which the funds reach the real economy has changed and their multiplier impact could be less,” the agency maintained at the beginning of April. And the Bank of Spain also included at the beginning of the month the execution and the impact on the economy as one of the uncertainties for the coming months.

Raymond Torres justifies this reduction of the impact due to inflation. “They will have less of a drag effect on the economy for two main reasons: with the same money you will be able to buy less and calls may even be abandoned due to the increase in costs,” he maintains. Elvira Rodríguez adds another reason: “It has reduced the economic impact of the funds for this year because everything is going very late, although it is true that there have been problems with the supply crisis and with the war in Ukraine.”

At this point, strategic projects have gained relevance for various reasons: on the one hand, they are the plans that should turn the economy around. In addition, they will include a much higher amount of aid. And they are the ones that will generate the most private investment due to their driving capacity. To date, nine Perte have been approved and two more have been announced. Within the Recovery, Transformation and Resilience Plan, the Council of Ministers has already passed the electric vehicle, health, renewable energy, agri-food, new language economy, circular economy, naval sector, aerospace and digitization of the water cycle.

With them, the Government hopes to mobilize 19,092 million public money from European funds and 37,800 million from private investment. In addition, it has already announced two other projects: that of the social economy of care (the forecast is that it will have a public injection of 700 million) and that of microchips (with a public investment of almost 11,800 million plus a huge drag expected in the private part).

In total, public investment will climb to 31,578 million. And if the private part is added, the figure rises to 69,375 million in the absence of knowing the additional amount that the two Perte that still have to go through the Council of Ministers will capture. “On the private side, in some cases I think we have fallen short of the forecast. For example, with the electric vehicle or with the microchip vehicle, which is going to be revolutionary and will exceed all expectations”, states a high-ranking public official.

Invasion in Ukraine: How to protect savings in times of war | My money

Lapsus$, who is it and how does the group of hackers that has big technology companies in suspense | companies

Domestic workers celebrate the improvements but continue their struggle: “We claim to be in the general regime” | Economy

By admin
Recent Posts
Latest News
Facebook Twitter WhatsApp Telegram
Back to top button
Close
Featured Posts
The EU reaches an agreement on the refugee distribution mechanism in the event of a migration crisis | International
June 10, 2022

The Chilean Convention presents a draft Constitution with profound changes to the institutional framework
May 17, 2022

Mario Draghi, the man who wanted to tame the beast | International
July 21, 2022

Mario Draghi, the man who wanted to tame the beast | International

Brussels fears that Putin’s war will cause waves of migration to the EU from North Africa | International
June 22, 2022

Biden calls on the Senate to ban assault weapons | International

Israel torpedoes to the end the reactivation of the nuclear agreement with Iran | International
August 24, 2022