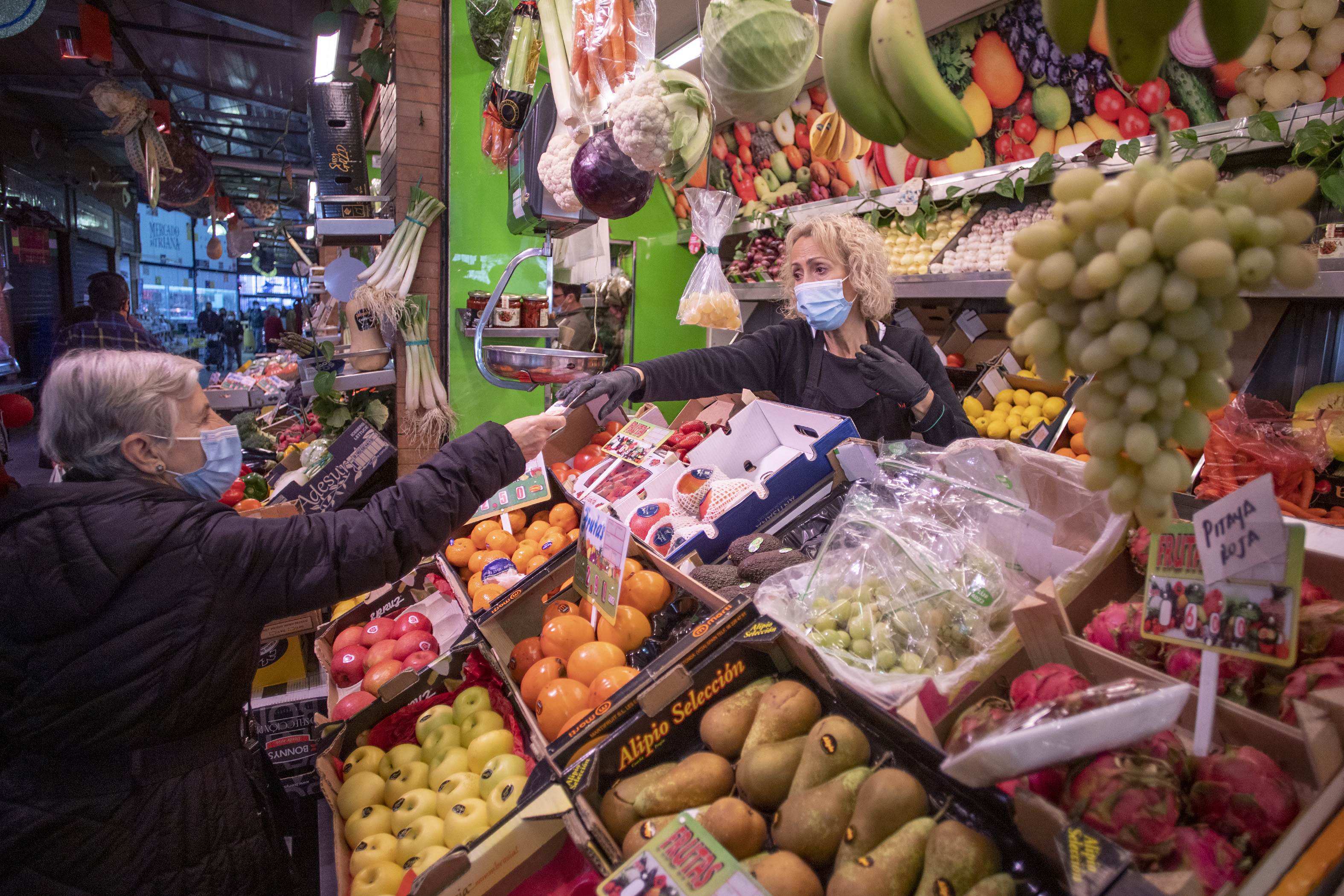 Inflation stood at 8.4% in April, according to advance data published this Thursday by the National Institute of Statistics. The decline compared to March, when it reached 9.8%, on the verge of double digits, breaks the trend of strong price increases in recent months, and opens the door for them to have finally reached a ceiling, but that does not imply time a return to normality: they continue to grow at historically high levels, and the return to moderate rates, according to the main international organizations, will take months. Core inflation, which does not take into account fresh food and energy due to its volatility, grew one point to 4.4%, its highest level since 1995.

The drop in the price of electricity has been key to starting to deflate inflation. The lower price of natural gas, the increase in wind and photovoltaic production thanks to the fact that more wind has blown and there have been more hours of sunshine, and the lower consumption of households due to the rise in temperatures after the end of winter have contributed to curb megawatt hour rates. They are still expensive compared to previous years, but while waiting to know the final numbers for April, until this Wednesday the average was 189 euros per megawatt hour, clearly below the peak of 283 euros in March. The decline in Brent crude oil in the markets has also helped —although it is still far from normal levels, since it exceeds 100 dollars per barrel—, as well as the discount of 20 cents at gas stations approved by the Government, which came into force April 1.

In the trend of the coming months, it will be necessary to take into account the recent approval of the European Commission to the Spanish and Portuguese proposal to limit, as of May, the price of the gas that feeds the electricity generation plants. In the 12 months in which this emergency mechanism, designed to lower the electricity bill, will be operational, there will be a cap of 50 euros on average per megawatt hour, an intervention that will lead to a decrease in what households pay, and both a much smoother inflation.

Another factor, this purely statistical one, also favors the drop in inflation: as the months go by, the comparison effect with last year will be made with months where price increases were higher and higher, especially after the summer, which It will make it difficult for it to continue growing because it is measured with periods where the increase in energy prices was already noticeable.

The Chinese confinement and the Russian invasion, among the threats

There are, however, other opposing forces that may continue to push prices higher. In the first place, the possible entrenchment of the Russian invasion, whose end is not in sight for now, and which puts so much pressure on energy costs —Moscow’s decision to cut off gas to Poland and Bulgaria for refusing to pay in rubles made its price rise this Wednesday – such as farmers and ranchers, because Ukraine is a major producer of grain, feed and fertilizer.

Second, the strict lockdown policy in China threatens to trigger a new supply crisis due to factory stoppages and port closures, which can cause delays and affect supply, encouraging price increases due to the scarcity of some goods and raw materials. In addition, industrial prices, shot up 46.6% in March due to the impact of the energy crisis, a record since the beginning of the historical series in 1976, may take time to fall. The weakness of the single currency against the dollar (1.05 euros are paid for each greenback) makes Spain pay a premium for its imports, including energy. And the fragility of relations with Algeria means that there is some uncertainty about the continuity of the gas supply contract to Spain.

IESE professor María Jesús Valdemoros questions whether inflation will return to pre-pandemic levels as if nothing had happened. “I don’t know if we will see inflation of 1% again. There are structural trends that suggest that we can stabilize at higher rates, even 3%. There is a change in global value chains. Companies are increasing their stocks for fear of the pandemic, and are thinking of relocating part of the production, which makes it more expensive, ”she explains. Added to this change in the relationship between suppliers and customers are the costs derived from greater environmental requirements. “We are going to go to higher inflation data, and in the meantime we accumulate a significant loss of purchasing power that has been affecting medium and low incomes for months, and that must be alleviated by using the tax system, bringing it closer to the real economy,” he claims. she.

The International Monetary Fund does not share that view of higher inflation for a long time. The price index has been above the 2% recommended by the European Central Bank for 13 months, and is still far from that threshold. But in its forecasts, the IMF predicts that the pressure on prices will ease by the end of the year. It calculates that it will close 2022 at 2.7%. If he is correct, a year later the fear of inflation would be history, cooling to 0.8% in December 2023.

While that long-awaited normalization arrives, the Government has bought time on the social flank with its measures to contain prices, especially with the reduction of fuel by subsidizing its purchase. Discomfort at the loss of purchasing power amid a sharp increase in the cost of living has not disappeared, but the outbreak in March, when the truckers’ strike caused supply problems, the fishermen stopped and the mobilizations of farmers and ranchers fear of a spiral of discontent, has been appeased for the time being.

Putin: Another dictator having a bad year | Business

Check Also
Close
Salary of the ONCE: check the result of today’s draw, Sunday, October 2
10 mins ago

By admin
Recent Posts
Latest News
Facebook Twitter WhatsApp Telegram
Back to top button
Close
Featured Posts
Venezuela: The proposal of a group of intellectuals to lift the sanctions against Chavismo wins supporters among the opposition | International
April 19, 2022

Venezuela: The proposal of a group of intellectuals to lift the sanctions against Chavismo wins supporters among the opposition | International

The European Commissioner for Agriculture: “The Russian method of expansion to dominate other nations is to cause famines” | International
March 29, 2022

The European Commissioner for Agriculture: “The Russian method of expansion to dominate other nations is to cause famines” | International

The shooting at Robb’s school in Texas in pictures

Ukraine: Mariupol searches for survivors in the theater bombed by Russia in which “hundreds of civilians” took refuge | International
March 17, 2022

Ukraine: Mariupol searches for survivors in the theater bombed by Russia in which “hundreds of civilians” took refuge | International

Venezuelan forces carry out joint operations with the ELN guerrillas, according to HRW | International
March 28, 2022

Venezuelan forces carry out joint operations with the ELN guerrillas, according to HRW | International

Bolsonaro’s million-dollar weapon to extract votes from Lula: a payment for the poor | International
August 21, 2022

Bolsonaro’s million-dollar weapon to extract votes from Lula: a payment for the poor | International

The authoritarian drift of Tunisia buries the dream of democracy of the Arab Spring | International
August 22, 2022

The King of Morocco once again reaches out to Algeria for reconciliation | International
July 30, 2022