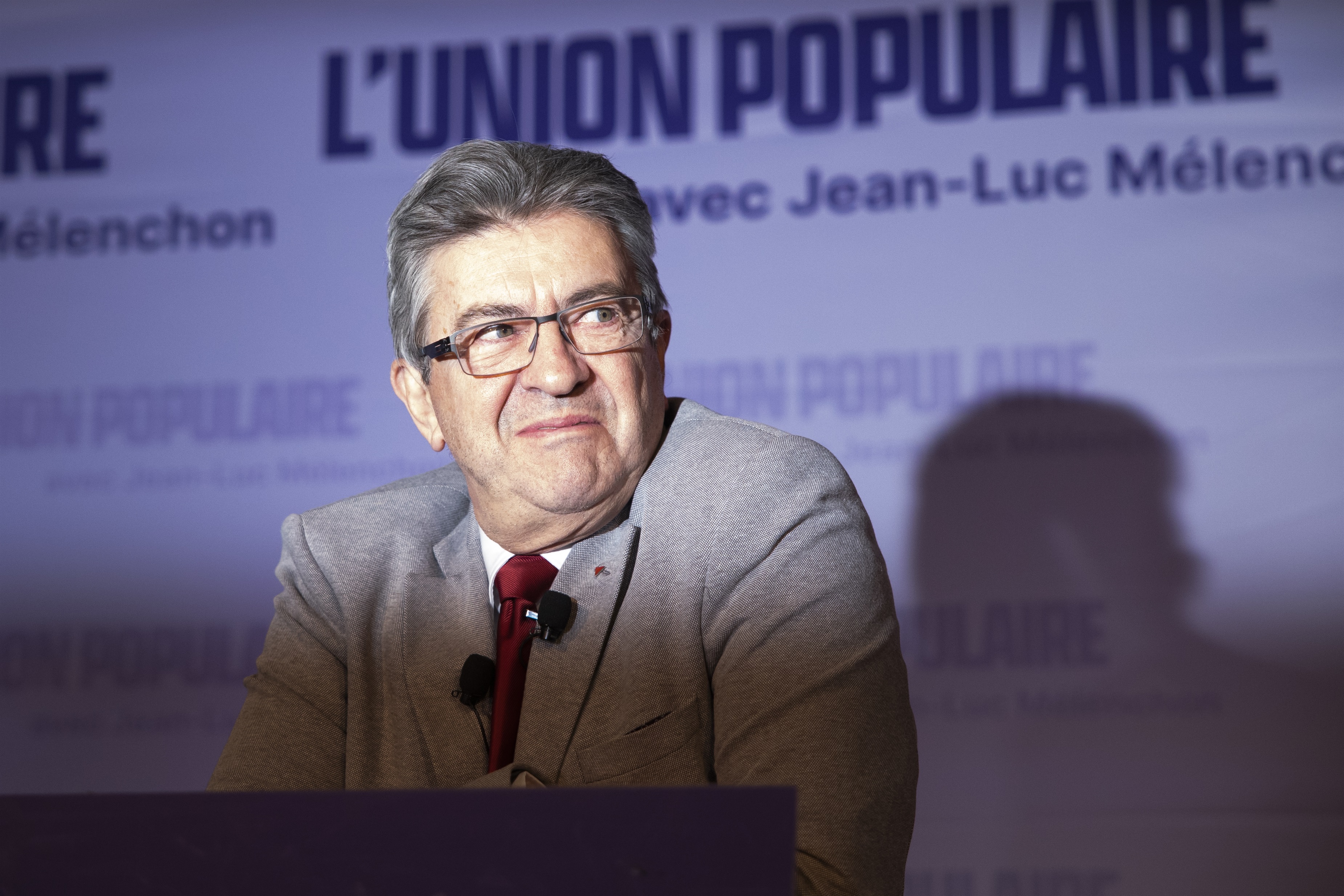 Jean-Luc Mélenchon has not waited to see if the negotiations with the other left-wing parties advance, which this Wednesday continued with the socialists after testing ecologists and communists. Just after the French presidential elections that have ratified the centrist Emmanuel Macron for another five years, the leader of France Insumisa launched his new electoral banner this week with a direct message: “Mélenchon, prime minister.” His declared objective (on television): achieve a majority in the June legislative elections to force himself to be appointed head of government and thus limit Macron’s policies. But he doesn’t waste time either: in his first public act since election night, the president-elect chose to visit a street market on the Parisian outskirts, in the middle of Mélenchonist territory.

The battle for the legislative elections has only just begun and it is already clear that it is going to be heated. The macronist strategy implies that the threat to the parliamentary majority that it seeks to revalidate is detected as much or more by the left than by the extreme right, which is also seeking how to gather forces to win votes and deputies. Macron’s first act after qualifying for the second round on April 10 was to go into the territory of his presidential rival, the far-right candidate Marine Le Pen, whom he finally beat last Sunday. In this new stage, he has chosen the commune of Cergy, where although he overwhelmingly won Le Pen in the second round (76.2% by 23.8%), in the first round he was almost half the distance from Mélenchon, which obtained 47.9% of the votes (Macron remained at 23.7%).

While Macron took a mass bath “on the ground”, took selfies and chatted with various neighbors, negotiations were opened behind closed doors with the Socialist Party (PS) at the Parisian headquarters of France Insumisa.

Without insurmountable points between socialists and rebels

At the end of the meeting, both delegations assured that “there are no insurmountable points” to achieve an agreement between the two parties, which represents a considerable turnaround between the two formations, very opposed during the campaign, to the point that the rebels refused initially to talk with the socialists.

“We came out of a positive meeting, we have had a constructive discussion that has allowed us to advance on certain points, allowing us to consider that there are no insurmountable deadlocks between us,” declared the Socialist chief negotiator, Pierre Jouvet. “It does not seem that there are insurmountable points”, confirmed the rebellious Manuel Bompart.

To achieve a majority in the National Assembly, Mélenchon needs to unite the other leftist parties in his proposal to create a Popular Union. Something that has not been achieved in the last five years for any of the electoral appointments, neither in the European ones, nor in the regional ones. And, much less, in the presidential elections, in which Mélenchon was at the gates of the second round (but without entering) and the other parties with less than 5% of the vote, threatened, therefore, with disappearing. The new electoral appointment has forced a new attempt at negotiation, but the path continues to be strewn with obstacles and red lines.

No party disputes the position of strength with which the rebels start, who obtained 7.7 million votes in the first presidential round (although part was a useful vote from other leftists). What is most difficult is to define the limits of a negotiation between forces that have fundamental differences on many internal issues, but above all on European and NATO matters: socialists and environmentalists reject the euroscepticism of the rebellious, who also propose leaving the Alliance Atlantic.

The first statements of the socialist delegation and the rebellious one suggest that some of those red lines could try to blur or hide. However, this Wednesday was just a first step that others must still follow. The rebellious Bompard said that he was waiting for a public statement from the PS about the negotiations. It is not an empty demand: the socialists are very divided about the possibility of negotiating with the unsubmissive. While a majority part approves the talks, another sector of the party, especially the generation of former president François Hollande, who considers that they represent a “surrender, not a coalition”, in the words of Jean-Christophe Cambadélis, former first secretary of the PS .

“Who is responsible for the failure of the left? To the elephants of the party I tell them to leave us alone, to let us work, they sank the PS when it was at the top”, Jouvet replied on the Sud Radio station before meeting the rebels.

The green ones also put buts

The PS is not, however, the only one that presents pitfalls. After a more agile start to negotiations between the rebels and the greens, the latter have also begun to object to the compromises demanded by the left-wing populists.

The general secretary of the greens, Julien Bayou, criticized this Wednesday the “hegemonic will” of a Mélenchon who, he recalled, with his willingness to act according to his conditions, has already failed, once again, when it comes to qualifying for the second round of the presidential. “If it is to do the same, with the same political offer, it will fail again,” he said on Franceinfo radio, in which he called for a leftist “coalition”, not an assumption by others of a Mélenchonist program that, he acknowledged, he has points that cannot be assumed by the greens.

“We are willing to discuss a coalition of major programmatic measures for a government project. But if they say that we have to leave Europe or promote nuclear energy, it will be without us”, settled Bayou. The day before, the ecologist presidential candidate, Yannick Jadot, had expressed his opposition to the “civil disobedience to the EU treaties” proposed by the Mélenchonists. These have demanded that the greens clarify their positions before continuing to negotiate.

Today’s ephemeris: What happened on October 3?
52 mins ago

The Armenian Foreign Minister: “We must maintain spaces for dialogue with Russia” | International
July 8, 2022

The Armenian Foreign Minister: “We must maintain spaces for dialogue with Russia” | International

Venezuela: The UN concludes that opponents were tortured by government orders in a network of clandestine houses in Venezuela | International
2 weeks ago

Venezuela: The UN concludes that opponents were tortured by government orders in a network of clandestine houses in Venezuela | International

One of the leaders of the ultra group Proud Boys pleads guilty to conspiracy to storm the Capitol | International
April 9, 2022