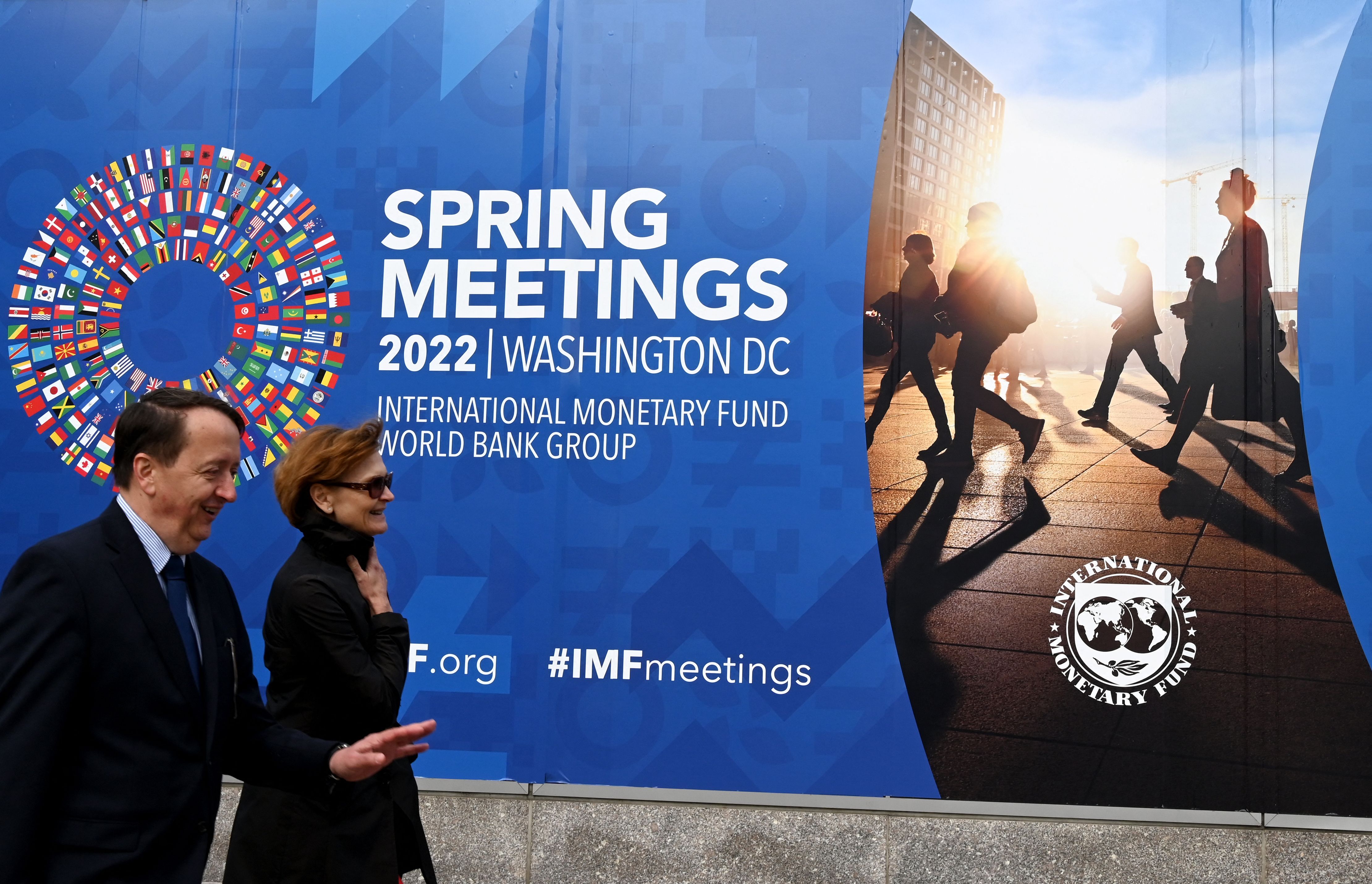 The projections for the world economy released this week by the IMF show the severity of the energy and supply crisis, and its negative impact on growth and inflation. In this gloomy scenario, our economy could be one of the least affected, with a forecast expansion of GDP for this year of 4.8%, two points more than the European average. This is a favorable differential that seems feasible —although its sustainability over time is uncertain—. Less plausible is the Fund’s other important forecast: the near disappearance of inflation in our country, which after the current upturn would plummet to just over 1% next year, almost half the European average.

Recent trends are consistent with the optimistic forecast of Washington experts on growth, thanks to an exceptional factor: the recourse by households and companies to the oversaving accumulated in the last two years. This “wealth effect” has intensified with inflation, because it seems more rational to pull out the liquidity cushion to finance consumption and investment spending, than to keep it entirely in non-interest-bearing accounts or placed in securities with little protection against inflation. The purchase of housing is presented as an attractive alternative (hence prices continue to rise), which, however, does not allow the liquidity market to be punctured: the sale of housing only redistributes that liquidity between buyers and sellers, without reducing its net balance.

This wealth effect may explain why oversaving is being released at high speed, boosting short-term demand. And offsetting the loss of purchasing power of the income obtained by households and non-energy companies (“income effect”). The stimulus is seen in card spending, which continues to grow, albeit at a slower rate than before the invasion of Ukraine. Likewise, the daily sales indicators of large companies point to a slowdown, but continue to advance (with data up to the beginning of April). And the advance figures for affiliation to Social Security for this month go in the same direction.

Another beneficiary of the wealth effect could be tourism, both national and foreign. Proof of this, the recently celebrated Holy Week has resulted in records of influx in some destinations. And, more importantly in macroeconomic terms, bookings for the summer season are approaching pre-Covid levels.

Even in the event of an interruption in European imports of Russian gas, something that the Fund’s forecasts do not incorporate, our economy will be able to avoid supply disruptions, unlike others that do not have an immediate alternative.

Another thing is inflation. Some stabilization of energy prices is possible, although levels will remain high for the duration of the transition. Therefore, the main source of tension will subside, facilitating the de-escalation of the CPI. But in the meantime, the spiral has moved from electricity to the rest of the prices: 47% of the CPI components grew in March at a rate greater than 4%, and core inflation, which discounts energy and fresh food, is approaching already at these levels. These underlying dynamics are characterized by a certain inertia, and therefore the fight against inflation could take much longer than international experts anticipate, especially in a context of sustained growth, as is the case in Spain. On the other hand, China’s “covid zero” policy could add a new string of bottlenecks, sending industrial and transport prices skyrocketing.

All this reinforces the relevance of a broad income pact aimed at sharing the costs of imported inflation. And of a fiscal policy that supports vulnerable groups and electro-intensive companies, without neglecting the correction of budgetary imbalances within a reasonable period of time.

Given the persistence of the outbreak of inflation, the markets anticipate a sharp turn in monetary policy and, therefore, demand higher yields for their debt purchases. The return on the Spanish 10-year bond exceeds 1.9%, three times more than in January. The spread in relation to the German bond (or risk premium), however, remains stable at around 90 points. Furthermore, discounting inflation, interest rates remain in negative territory, so financing conditions remain relatively favourable.

Raymond Torres is director of the situation at Funcas. On Twitter: @RaymondTorres_

The success of the discontinuous fixed contract | Economy

From European funds to 5G: the future of telecommunications, under debate | Economy

Great salary from ONCE, check the result of today’s draw, Saturday, October 1, 2022
44 mins ago

By admin
Recent Posts
Latest News
Facebook Twitter WhatsApp Telegram
Back to top button
Close
Featured Posts
Video | The daily life of women in Afghanistan after the return of the Taliban | on video
August 15, 2022

The electoral justice of Brazil orders to remove the video in which Bolsonaro attacks the electronic ballot boxes before the ambassadors | International
August 25, 2022

Congo recovers from Belgium the only thing left of its national hero, Patrice Lumumba: a tooth | International
June 23, 2022

Congo recovers from Belgium the only thing left of its national hero, Patrice Lumumba: a tooth | International

Russia will cut the shipment of gas to Europe through Poland | International
May 12, 2022

Gabriel Boric: “I found it unacceptable that the investiture ceremony was delayed because the King of Spain was late” | International
March 15, 2022

Gabriel Boric: “I found it unacceptable that the investiture ceremony was delayed because the King of Spain was late” | International

David Trimble, one of the architects of peace in Northern Ireland, dies | International
July 25, 2022

The United States exchanges a Russian pilot in exchange for ex-marine Trevor Reed arrested in 2019 in Moscow | International
April 27, 2022

The Russian army assures that it has taken Lisichansk, a key city in the battle for the eastern region of Donbas | International
July 3, 2022

The Russian army assures that it has taken Lisichansk, a key city in the battle for the eastern region of Donbas | International

Keys from the NATO summit in Madrid: Russia, enlargement and terrorism | International
June 28, 2022

Keys from the NATO summit in Madrid: Russia, enlargement and terrorism | International