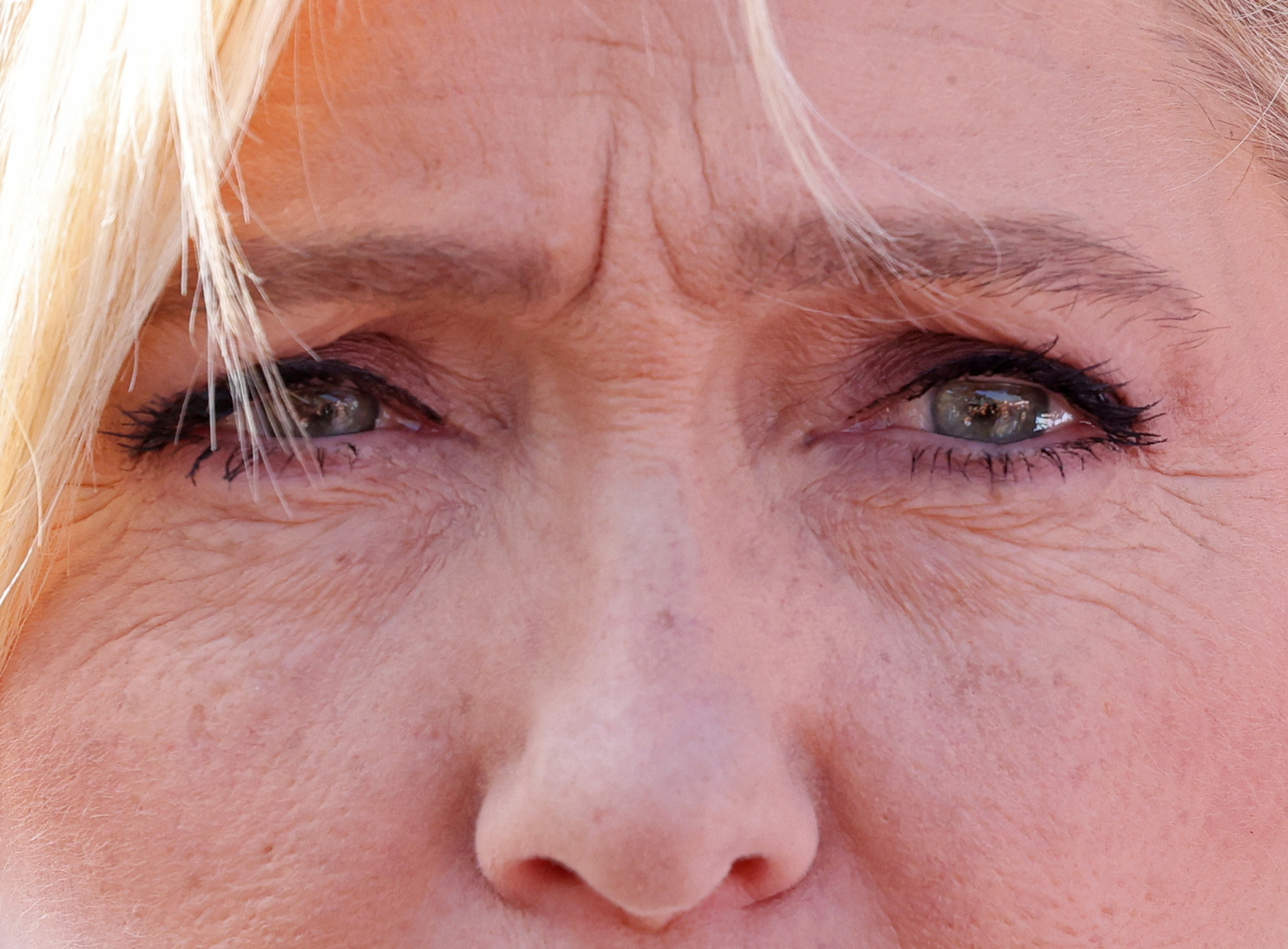 Like an echo, the cry of popular discontent has been reproduced for years with similar characteristics in different parts of Western Europe.

In June 2016, British citizens approved the withdrawal of the United Kingdom from the European Union in a referendum with 51.9% of votes in favor. The participation rate was 72%.

In March 2018, the League and the Five Star Movement (M5S) received 50% of the votes of Italian citizens in the legislative elections. 73% of the electorate went to the polls. With that support, both parties would later form a government coalition.

On April 10, 52% of French voters opted for Le Pen, Zemmour or Mélenchon in the first round of the presidential elections. The influx data was 73%.

These are electoral appointments with different characteristics, and diverse are the defining features of their protagonists and of the countries in question. By democratic credentials and political approaches, Mélenchon represents a universe at the opposite end of Zemmour, just as the M5S is in many ways light years away from the League. Any attempt at equalization or equidistance is absurd. Likewise, in such large sums of votes, motivations of different kinds inevitably converge. But it would be myopic or naive to stop there, not to see that, in addition to the remarkable similarity of the figures, there is a powerful common denominator.

This is none other than social discontent, a malaise of the popular classes that is expressed in the form of a total amendment to the system in an important part of Western Europe. It is a roar against the status quo. A cry of dissent issued substantially by the classes disadvantaged by globalization, helpless by overloaded public services, outraged by the inequality in the distribution of wealth and income, overwhelmed by a precarious present or prospects. A lament that translates into votes for candidates who, with different approaches ―some from identity and nationalist recipes, others from strong social support programs―, promise another level of protection for citizens and limits to capitalism. Candidates who, in short, thoroughly question an established order that for many does not work.

The system against which that anger is directed is the one built, at the national and community levels, by the conservative, social democratic and liberal families since the end of the world war. Different political projects, but traceable to an underlying consensus, to which the green family has joined more recently. The three votes in question speak, ultimately, of majorities that are opposed to that consensus.

In the United Kingdom, the public voted for a radical rupture option against what the entire establishmentfrom the main political parties to employers and unions.

In Italy, two formations with very heterodox approaches with respect to the consensus of the great traditional European political families were supported by the Government.

In France, Marine Le Pen, who will challenge Macron for the presidency of the republic this Sunday in the second round of the presidential elections, has moderated over time some of his most groundbreaking proposals, but it is important not to be confused about the current radicalism of his ideas. Among many possible examples, a reminder: in your program, affirms that from the French presidency he would promote the “creation of a European Alliance of Nations with the aim of progressively replacing the European Union”. He no longer calls for France to leave the Euro Zone, but maintains a political outlook that is an amendment to the whole, based on a resounding rejection of globalization and a commitment to the State as a great social protector.

From an ideology that is in many ways different, Jean-Luc Mélenchon also expresses a resounding rejection of the current approach of the EU, globalization, the functioning of the markets. At point 19 of your programmatic manifesto he proposed scrapping the European treaties, reaffirming the budgetary sovereignty of the States, he promised to disobey any European norm that hindered the performance of his program. Like Le Pen, she proposed withdrawing France from NATO’s integrated command, and even, later, from the Alliance as a whole (she advocates resuming relations with Putin after the war). In domestic politics, Mélenchon’s rupture is well embodied by the proposal for a constituent assembly, the establishment of a parliamentary system, a change in the electoral law and other structural reforms. His break with the system is perfectly detected in his refusal to ask for the vote for Macron, considered a flag bearer of a model that must be deactivated.

Zemmour, for his part, embodies a degree of far-right extremism probably unsurpassed in Europe and an outright denial of the founding values ​​of today’s European political communities.

If the results of other minority candidates with approaches far from the ‘European consensus’ are added -such as the communist Roussel or the right-wing Dupont-Aignan-, it can be considered that 6 out of 10 votes have been a major amendment to that consensus. This is about 10 percentage points more than in the first round of 2017.

Who are the citizens who have issued that polyphonic and resounding ‘no’ in those three elections? There are studies that help draw a picture in which a common denominator also appears (see, for example, the works by Amory Gethin, Clara Martínez-Toledano and Thomas Piketty on the subject). There is portrayed in them a trend whereby the more educated segments of Western societies tend to vote especially for Social Democrats and Greens; the segments with the highest income, by the conservatives; and the lower segments of both vectors -education and capital- are the main fishing ground for disruptive political proposals of different kinds.

There are many axes that influence: cities/periphery, young/elderly, gender, origin, religion. But it is possibly that, the top/bottom, the great background discriminant: substantially, those who are at the top of the educational and income scale -the winners- remain in the consensus of the last decades and come out from him those condemned to the lower part, who want to raise the middle finger, who feel the seduction of the minimum income of the M5S, of the social-nationalist protectionism of Le Pen or Salvini, of retaking Brexit control or of the enormous State- caretaker raised by Mélenchon, who proposed an increase in annual tax collection of 267,000 million euros in a country that already collects each year the equivalent of 52.8% of GDP (and has a public expenditure of 59%, data from 2021).

After the disastrous management of the crisis that broke out in 2008, with the austerity imposed by Germany that inflicted serious and unjust wounds on the most fragile part of the population, the dominant consensus has been relocated – with a decided change of attitude from Berlin – in a field more attentive to this cry that arises from the bowels of Western European societies. The national programs to support employment and to alleviate energy bills, the European funds, the ECB’s action have been aligned in the right direction this time. The social democratic forces, now in power in Germany, Spain, Portugal and the Scandinavian countries, are especially pushing in this direction. But what is done is not enough.

Inflation gallops and corrodes purchasing power. History teaches that he is a terrible demon. The IMF predicts that it will ease by next year, but even if it does, it can do a lot of damage until then. The adverse effects of Russia’s war against Ukraine and the necessary sanctions have only just begun to be felt.

A newly published Eurobarometer and with surveys carried out in January and February, it offers interesting and disturbing data. A majority of those surveyed consider that their countries are doing fairly or very poorly. In the case of Italy, Spain or France, this quota exceeds two thirds. The rise in prices was already then, before the acceleration in March, the issue that most worried. Trust in parties is at a deplorable level, something very dangerous for democracies, and protectionism has equal levels of supporters and detractors.

The Eurobarometer also contains more positive data, such as a majority of confidence in the EU, and underlines the clear internal differences, with much lower degrees of discomfort and disbelief in countries such as Germany, the Netherlands or the Scandinavian countries. Data similar to that collected in a survey published by the Pew Center in October, which pointed to a very high level of democratic dissatisfaction in Italy, France, Spain and Greece, but not in other European countries. Still, no one should be trusted.

A new great coordinated European effort is undoubtedly necessary -similar to the response to the pandemic- to overcome these new difficulties now linked to the geopolitical context. But so is a deeper structural re-elaboration independent of them, which attenuates the most hurtful edges of inequality, of a globalization with ferocious features, which puts many in difficulty, and more in the indignation of seeing the obscene benefits of the elites . Greed, that perverse vice for which the more you eat, the hungrier you are, is a potentially lethal virus for capitalist democracies, even in their temperate versions of social inspiration such as those of continental Europe.

Polls suggest that Emmanuel Macron will beat Marine Le Pen in the second round of the French presidential election. Even if this forecast is confirmed, it should not be underestimated the direction of this wave that grows from the 17.7% harvested by Jean Marie Le Pen in 2002, to the 33.9% of Marine in 2017, to the result that will probably be much higher than that today. It will be convenient not to ignore that cry of rejection that resounds in various corners of Europe. Those who benefit from the system must understand that, if not for moral convictions, they have a pragmatic and selfish interest in social justice and equal opportunities advancing a lot. If they don’t understand and apply it consistently, they could one day wake up to a Le Pen responding with their woefully misguided recipes to legitimate popular concerns.

One of the ‘Beatles’ of the Islamic State, sentenced to life in prison for the beheading of Americans in Syria and Iraq | International

The ghosts of the past visit Salvini | International

The last mission of Raúl Castro: that Cuban socialism survive its founders | International

Kate Bedingfield: US believes Putin’s advisers are hiding the reality of the war in Ukraine from him | International

Six candidates will compete for the conservative leadership in the United Kingdom with former minister Sunak as the favorite | International
July 13, 2022

The commission that investigates the assault on the Capitol will release “never seen material” in prime time | International
June 9, 2022

Brussels targets the family circle of the oligarchs to prevent them from evading sanctions | International
April 1, 2022