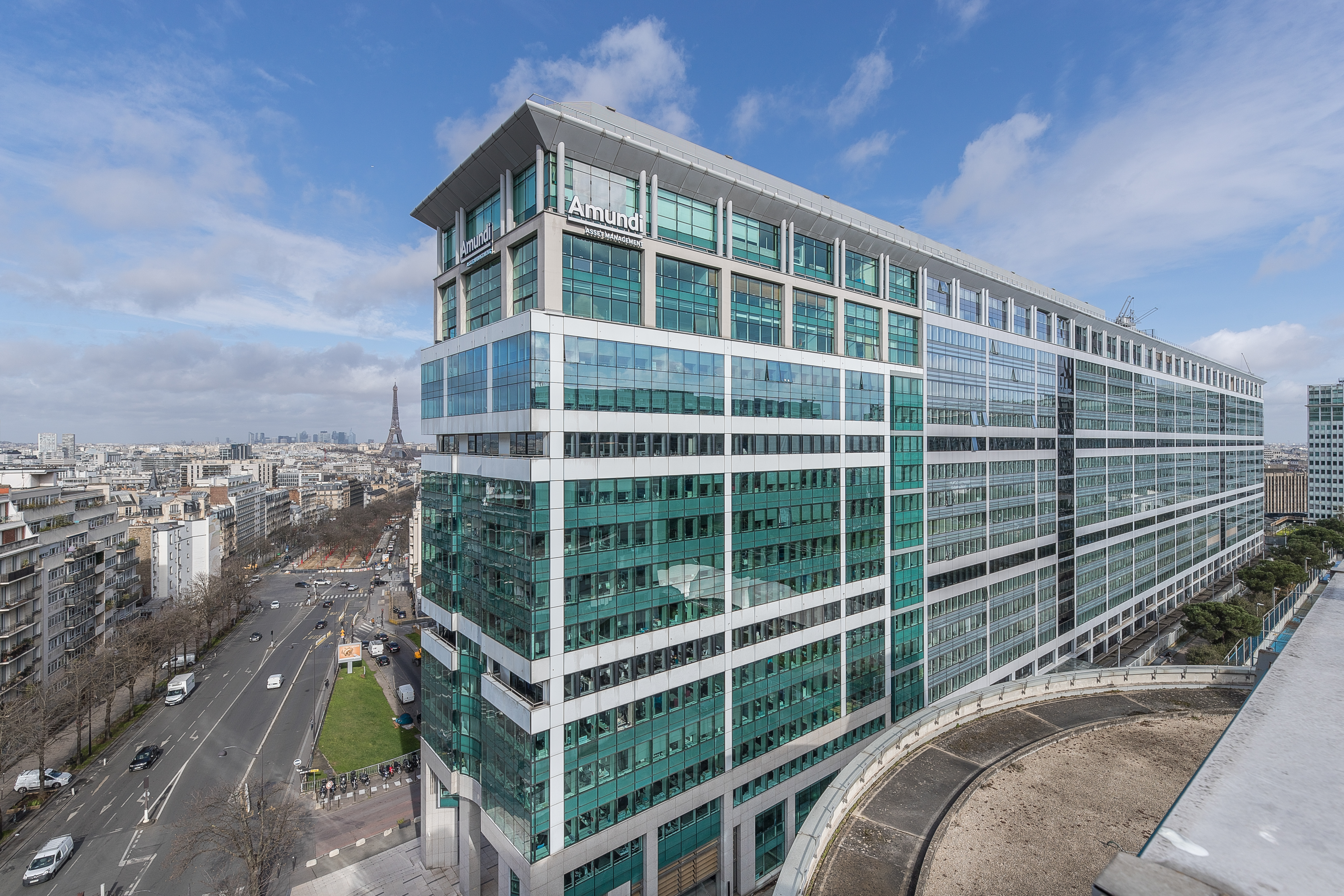 Inmobiliaria Colonial, the second largest socimi (listed real estate investment company) on the Spanish Stock Exchange, has made official this Wednesday the purchase of the seventh largest office building in Paris for 484 million euros, as announced by the company itself. The building, with 40,000 square meters spread over 17 floors, has housed the headquarters of Amundi, the largest continental investment fund manager, since 2012 and was until now owned by the insurance company Primonial. It is an acquisition that the historic Barcelona real estate agency already announced in the presentation of its annual results, at the end of February, although at that time it was speculated with a somewhat lower price, around 450 million.

The final cost, 484 million including transfer costs, is somewhat higher; but even so Colonial calculates that the operation will bring a premium of 3.9%. In fact, he hopes that the benefits of the acquisition will be reflected in his income from this year, since Amundi signed a rental agreement last February whereby he agrees to remain in the building for 12 years. The purchase was made through SFL (Société Foncière Lyonnaise), the French subsidiary of the Spanish socimi.

Pere Viñolas, CEO of Colonial, considers that the purchase “is a unique opportunity to secure a strategic position in Paris”. And he highlights, in the note released by the firm, that the property is located “near one of the main train stations in France.” Located between numbers 91 and 93 on Boulevard Pasteur, the building is very close to the Montparnasse train station and the largest skyscraper in the French capital (the Tour de Montparnasse, which is the second tallest building in Paris, after the Eiffel Tower).

Colonial is one of the largest Spanish real estate companies. It was born in the mid-20th century in Barcelona and became a socimi at the end of 2018. These companies, which enjoy a special tax regime in exchange for distributing 80% of their profits annually (for which their recipients do pay taxes), They are dedicated to the leasing of all types of real estate. In the case of Colonial, which last year reported profits of 474 million, its portfolio is made up almost exclusively of office buildings located in three cities: Paris, Madrid and Barcelona. The joint value of its buildings rose at the end of last year to over 12,400 million euros.

The real estate company has reported the closing of the operation, which was already announced this Tuesday in the French market by SFL, before the end of a trading day in which its shares have fallen to 8.18 euros, 0.18% less that this Tuesday. The Ibex 35, a selective grouping of the largest Spanish listed companies and of which only two Socimis are part (Colonial itself and Merlin Properties), ended the day in positive, with a gain of 0.46%.

Female talent: leadership for social transformation: The leadership of women and their transforming power | Economy

More expensive rentals: the lack of housing supply will cause a 6% rise in prices in 2022 | Economy

Reconciliation and salary, closer and closer as key factors to choose a job | Economy

A new US delegation travels to Taiwan amid escalating tensions with China | International
August 22, 2022

Brazilian goalkeeper was expelled from Paraguay, due to VAR, before the game began | Sports
March 8, 2022

Brazilian goalkeeper was expelled from Paraguay, due to VAR, before the game began | Sports

The Sarmat missile, another piece in Putin’s fear strategy | on video
June 27, 2022

The Sarmat missile, another piece in Putin’s fear strategy | on video

Russia accuses Ukraine of attacking a fuel depot on its territory | International
April 1, 2022

Bolsonaro will allocate up to 7.5 billion dollars to social spending less than three months before the elections in Brazil | International
July 15, 2022

Bolsonaro will allocate up to 7.5 billion dollars to social spending less than three months before the elections in Brazil | International

Codelco: The closing of the Ventanas smelter marks a historic turn in Chile’s environmental policy
June 28, 2022

Codelco: The closing of the Ventanas smelter marks a historic turn in Chile’s environmental policy

Almost a thousand dead in Pakistan due to torrential rains | International
August 27, 2022

Almost a thousand dead in Pakistan due to torrential rains | International