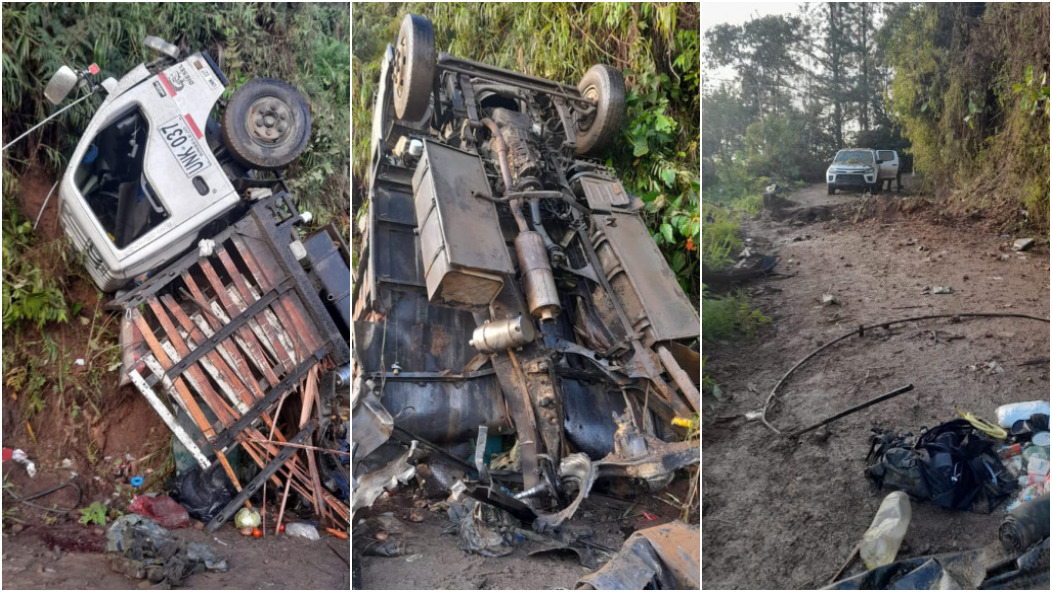 The conflict does not let up in Colombia. Six soldiers died after an attack with explosives launched by members of the Clan del Golfo, a drug trafficking gang, whose leader, Dairo Antonio Úsuga, alias Otoniel, was captured in 2021. The attack occurred in the rural area of ​​Frontino, a municipality located in western Antioquia, when the soldiers were traveling in a vehicle after leaving an operation. Five other soldiers were wounded and one more is still missing.

“After developing a military operation against the Clan del Golfo in which one of those terrorists was killed, another captured and another brought to justice; when the urgent acts and due diligence are carried out, the units are leaving the area, one of the vehicles in which they were mobilizing is affected by the activation of an improvised explosive device,” the commander of the Seventh Division of the Army, General Juvenal Díaz.

Díaz added that it is a retaliation because they are “affecting the mobility corridors and the drug trafficking business” and assured that this armed group has been recruiting former FARC combatants, who did not accept the Peace Agreement and who have experience in explosives. .

The area where the attack occurred is known as the “western belt” and, according to the Ombudsman’s Office, has a geostrategic position for illegal armed groups. The Gulf Clan and the ELN’s Western War Front operate there. The latter “continues to be a threat factor in municipalities such as Urrao and Frontino. However, it cannot be sustained that they have military control of the area, but their armed influence through the movement of mobile companies can. The strongest presence is from the Clan del Golfo, which carries out “controls” on the population.

In October 2021, during the capture of alias Otoniel, President Iván Duque said that the end of that group was near. Recently the Government signed his extradition to the United States, something that the victims of that group reject.

From the north to the south of the country

That of Frontino has been the fourth act of violence in Colombia only during this week, which began with a massacre in Arauca, on the border with Venezuela that left four dead, including two children. The bodies were more than 24 hours without being picked up by the Prosecutor’s Office, which argued “difficult weather conditions” to reach the scene. With this violent act, there are already 33 massacres in the country in the first four months of 2022, according to the NGO Indepaz.

Also in the north of the country, this time in the Sierra Nevada de Santa Marta, three hundred people were displaced from two rural communities. They are fleeing the clashes between two armed groups: Los Pachenca and the Clan del Golfo. While in the rural area of ​​the department of Cauca, an explosive device exploded on Tuesday outside a hotel near where signatories of the peace process live. In this case, the explosion is attributed to the Carlos Patiño structure, of the FARC dissidents. The incident left three people injured and the community is evaluating whether to move to another region.

Displacement has become the expression of the country’s security crisis. This has been alerted by the United Nations Office for the Coordination of Humanitarian Affairs (OCHA) about the situation in the Colombian Pacific, specifically in the department of Nariño. “We express concern about the deterioration of the humanitarian situation due to the increase in the intensity of armed actions in 6 municipalities where 8 massive displacements have been generated since the beginning of April, affecting more than 4,500 people,” the office said through Twitter.

The lessons of Afghanistan: the change of strategy of the foreign policy of Washington | International

Pope Francis calls for the end of the “grudge” against the ambassadors of Russia and Ukraine | International
March 25, 2022

Josep Borrell: “It will not be unanimously, but countries can act on their own to cut off Russian oil and gas” | International
April 22, 2022

Josep Borrell: “It will not be unanimously, but countries can act on their own to cut off Russian oil and gas” | International

Chavismo buries the Spanish legacy of the coat of arms of Caracas, 400 years later | International
April 21, 2022

Chavismo buries the Spanish legacy of the coat of arms of Caracas, 400 years later | International

Blocking of EU aid to Palestine endangers the lives of hundreds of cancer patients | International
June 13, 2022

The Odessa museum that hid its works to protect them from the war | International
May 5, 2022

Alberto Fernández takes the assassination attempt against Kirchner to the UN

Moroccan women speak out against the stigma of prostitutes suffered in other Arab countries | International
July 23, 2022

The FBI searches the mansion of Donald Trump in Florida in search of evidence of a possible crime | International
August 9, 2022