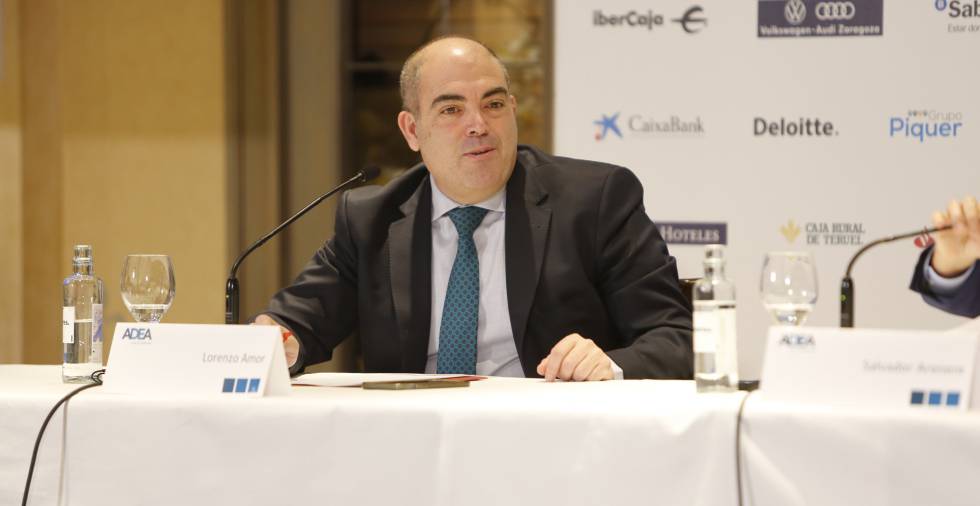 The employers’ associations that defend the interests of business organizations and the self-employed, CEOE, Cepyme and ATA, have sent a new proposal to the Ministry of Social Security to define the contribution system for real income for the self-employed, which has been negotiated for months . It is the last pending part of the Social Security reform with which the Executive hopes to close part of the institution’s chronic deficit.

The approach of the self-employed associations defines quotas that range between 205 and 400 euros within a range of yields of 12 tranches, and contemplated in a three-year deployment, that is, between 2023 and 2025. These amounts are substantially lower to those raised by the department headed by José Luis Escrivá, who in his last offer defined a framework of between 202 and 1,123 euros as part of a nine-year progressive development.

“We consider that this proposal meets both the objectives we set for ourselves in July and the commitments made with Brussels in the Recovery, Transformation and Resilience Plan, and that, given the current situation, it is the only one that proposes an acceptable reform. for the self-employed without undermining their social protection, the sustainability of the system and the financial sustainability of the group and, therefore, its ability to continue creating wealth and employment”, they have jointly stated in a statement.

The main difference between this proposal and the last one, which was officially raised at the negotiating table on February 28, is concentrated in the time horizon to which it refers, of only three years compared to the nine that it proposes. the Government, and in the quota that must be paid by those self-employed who present higher returns.

For ATA, those who have more than 3,620 euros in billing per month must pay a fee of 329.7 euros in 2023, 365 in 2024, and 400.4 in 2025; while within the scale of the Ministry, this amount would reach 1,123 euros in 2032. For these organizations, the current difficult economic situation prevents a broader deployment of the new system, which is why they call for a review after three years to define its continuity in the future.

Starting at 1,500 euros, the minimum base per section gradually increases by 150 euros, from a base of 1,150 euros to a base of 2,050 for the self-employed with incomes above 3,620 euros per month. At the same time, the corresponding installments are also increased by 0.7% per year for the 1,500-euro tranche and, from then on, they go to 2% each year, up to 12% for the highest tranche, which will pay 400 .4 euros of quota in 2025. It should be noted that the quotas of the first four tranches (from less than 700 euros to 1,300 euros) will remain unchanged during the three-year period.

“This proposal not only faithfully responds to the terms established in the agreement reached last July 2021 with the social agents and representative self-employed organizations in this matter, but it has also been prepared taking into account the context of current economic uncertainty. and the impact of the general rise in costs and prices that affect and hinder the activity of the self-employed. Many of them, still far from having recovered from the consequences of the pandemic in our country”, justify the three organizations.

This proposal, ATA points out, comes to stop the comments about an alleged recent rapprochement between self-employed organizations and the Government, which projects an upcoming resolution of the negotiation. “After the various information that has appeared in the media in recent days, regarding alleged progress regarding a new proposal for the contribution system based on the real income of the self-employed, business organizations want to clarify that if there are these negotiations or informal contacts, neither CEOE, nor Cepyme, nor ATA have participated in them and that the last proposal to which we have had access and that we know of was the one that was presented to us at the meeting on February 28”, they sentence in the note.

Altum Faith, the fund that triumphs with the Vatican doctrine | Funds and Plans

Russia: The Kremlin will require Europe to pay for gas in rubles | International

The Pope’s visit to the meeting of indigenous communities in Canada, in pictures
July 26, 2022

The Pope’s visit to the meeting of indigenous communities in Canada, in pictures

The Anglican Church faces the Government of Boris Johnson for the deportation of immigrants to Rwanda | International
June 14, 2022

Uruguayan Luis Lacalle Pou defeats the left in a key referendum for his administration | International
March 28, 2022

The ‘McKinsey-gate’, the inopportune controversy for Macron in the final stretch of the campaign | International
April 1, 2022

The ‘McKinsey-gate’, the inopportune controversy for Macron in the final stretch of the campaign | International

The mobilization that Putin did not want: young people fleeing the call to war even by bicycle | International
7 days ago

The mobilization that Putin did not want: young people fleeing the call to war even by bicycle | International

Francisca Sandoval: The Chilean journalist shot in the head dies during a march in Santiago
May 13, 2022

Francisca Sandoval: The Chilean journalist shot in the head dies during a march in Santiago

AMLO: López Obrador visits Biden with the migrant drama as a backdrop | International

Charles Michel: “If NATO enters the conflict between Russia and Ukraine, we will fall into the third world war” | International
March 14, 2022

Charles Michel: “If NATO enters the conflict between Russia and Ukraine, we will fall into the third world war” | International