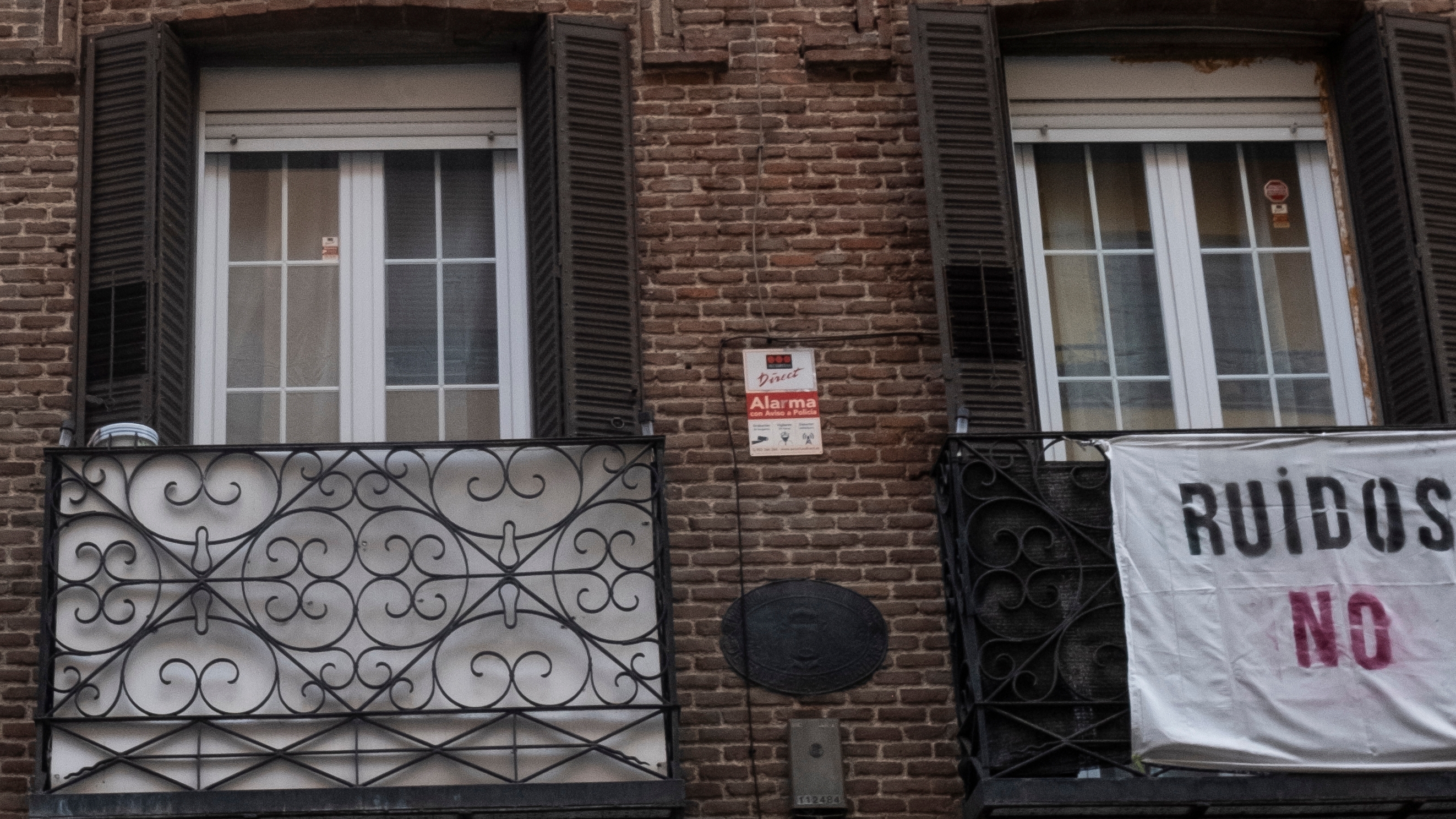 Noise has become the worst enemy of communities of owners. Many people have to deal with the inconvenience caused by a neighbor on the stairs on a daily basis. More than 10 million people, almost 22% of the population, declared in 2020 to suffer from noise problems caused by neighbors or from abroad, according to INE data. Despite how widespread this problem is, the more than 6,000 million euros in aid from the Next Generation Funds that are going to be used to rehabilitate the building stock will not serve to put an end to noise in homes. Europe prioritizes that these subsidies are oriented towards energy efficiency, to reduce energy expenditure. There are no specific conditions for acoustics.

“It seems that the problem of noise is the great forgotten in the construction and more in the rehabilitation. The logical thing would be that, if we are going to get down to the task of rehabilitating hundreds of thousands of homes, insulation against cold or heat should not be the only requirement”, denounces Yago Massó, general director of Atedy, the Technical and Business Association of the plaster. This expert agrees that energy efficiency must be a priority to move towards the decarbonisation of buildings. However, he points out, “the granting of aid should also incorporate other criteria, such as acoustic insulation, in such a way that we take advantage of the funds to renovate our housing stock from a comprehensive perspective.”

To access the aid it is necessary to demonstrate energy savings, but the works can also be used to improve other aspects such as acoustics, points out Juan López-Asiain, head of the Technical Office of the General Council of Technical Architecture of Spain (CGATE). In fact, in the Book of the Existing Building, a tool contemplated in the calls for European aid and in whose preparation this body has participated, one of the elements that is valued is the total mitigation of noise.

The person in charge of CGATE recalls that the main function of insulation is to provide thermal comfort and reduce energy demand, but this does not prevent acoustic protection from being achieved, for example, by replacing windows.

Luis Mateo, general director of the National Association of Manufacturers of Insulating Materials (Andimat), is of the same opinion: “The key is to carry out a good rehabilitation of the thermal envelope on the façade or on the roof, which will lead to an improvement home acoustics. The real problem for citizens is interior noise, between rooms, between neighbors”.

The materials used to thermally insulate the building or home are another factor that affects the improvement of acoustic conditions. López-Asiain defends that, although there are solutions, such as mineral wool, that reduce external noise more significantly, with others such as extruded polystyrene or expanded polystyrene, sound reduction is also achieved, although it is not its most notable characteristic.

Massó, on the other hand, believes that “not all systems with thermal insulation that exist on the market provide acoustic improvements; There are even solutions that could worsen these performances against noise, due to the fact that the materials are not suitable or that an incorrect installation is carried out on site. Something that curiously allows the current regulations. He points to those rigid insulating materials, which do not have absorption or elasticity properties, so they do not serve as acoustic insulators. “It would be necessary to resort to constructive solutions that have demonstrated, through laboratory tests, their acoustic insulation values”.

Legislation doesn’t help either. The regulations on acoustics in Spain are among the most lax in Europe. The current Technical Building Code (CTE), which was published in 2009, does not require improvements in sound insulation when rehabilitating a home, says Massó. Although this standard establishes that every five years the basic documents must be reviewed, in acoustics there has been no modification of the requirements.

Mónica Herranz, general secretary of Afelma, the entity that represents the Spanish manufacturers of insulating mineral wool, considers that “beyond the improvements in the Technical Code, which are very necessary, there are also measures that can be taken at the regional level or to encourage that when a reform is made in a house or in the building the insulation against noise is also improved, using suitable construction solutions for this purpose”.

It is true that there is the UNE 74201 standard, published last September, which will serve as a reference for classifying buildings according to their acoustic performance at the end of the work, “but this is voluntary compliance and we believe that improving the acoustic classification of the building or the dwelling must be incorporated in future updates of the CTE”, remarks Herranz. For this reason, from Afelma and Atedy they demand from the administrations that, whenever a rehabilitation is carried out, it is necessary to justify that there is no worsening of the acoustic conditions.

The general director of Andimat, in addition to requesting an update of the regulations, goes further and asks to control its compliance: “Greater demands are necessary and, above all, control in the execution of acoustic insulation solutions in high-rise buildings. new construction. What is not done well in the building in terms of acoustics, is then difficult to fix 100% in rehabilitation”.

The reality is that while there have been advances in thermal regulations, noise pollution is still a pending issue in Spain. “It is quite incredible that, in a country with densely populated cities with large blocks of flats, no further measures have been called for in this field. We think it is probably due to the perception that there is little that can be done and that noise will always come in from somewhere. It is not true. Yes, it is possible to build and rehabilitate better, but it is necessary to update the regulation”, concludes Herranz.

The Constitution reinforces arbitration as a way to resolve conflicts | Economy

Botín, Calviño, Sánchez Galán, Guindos…: these are the books that the Spanish economic elite recommends to read in summer | Business

By admin
Recent Posts
Latest News
Facebook Twitter WhatsApp Telegram
Back to top button
Close
Featured Posts
War in Ukraine: The world is sinking into a spiral of conflict. This is the balance of forces | International
June 26, 2022

War in Ukraine: The world is sinking into a spiral of conflict. This is the balance of forces | International

NASA’s DART mission: this was the moment of impact with the asteroid Dimorphos
3 days ago

NASA’s DART mission: this was the moment of impact with the asteroid Dimorphos

Sichuan: An earthquake leaves at least 65 dead in China | International
4 weeks ago

Sichuan: An earthquake leaves at least 65 dead in China | International

Moskva Cruise: Russia hits kyiv and Kharkov after losing its flagship in the Black Sea | International

The President and the Government of Finland approve the candidacy for NATO | International
May 15, 2022

The EU doubles the fund to send weapons to Ukraine | International
March 11, 2022

The EU doubles the fund to send weapons to Ukraine | International

Ukraine asks for weapons to defend Odessa in exchange for demining the port and removing the grain blocked by Russia | International
June 8, 2022

A shooting at a Maryland factory leaves at least three dead | International
June 10, 2022