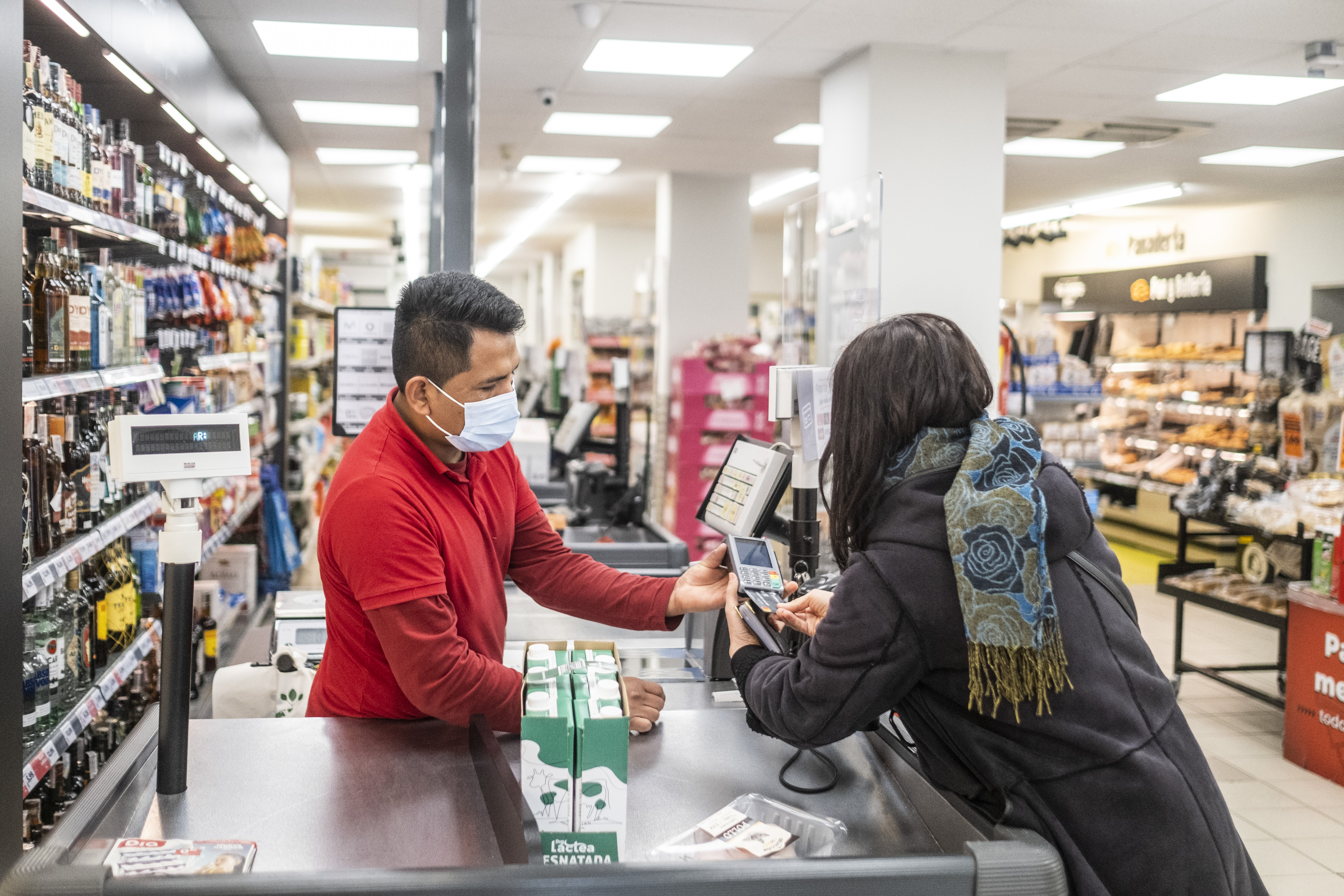 At the gates of double digits. Inflation has been at the top of the list of economic concerns for half the world for months. But identifying the problem is something very different from solving it: prices rebounded in Spain during the month of March by 9.8% compared to the previous year, according to the final data from the National Institute of Statistics published this Wednesday, which keeps the figure unchanged. from two weeks ago. That means leaving the 7.6% of February far behind. If in the first year of the pandemic the GDP fell a frightening 10.8% due to the restrictions, now, the energy crisis inflamed by the second cold war between Russia and the West leaves a new figure for history, in this case in prices. The setback to growth and inflation thus become the most savage expression of the two crises with which the system has collided in just two years: one of health roots that has not just disappeared, and another recently born of war origin and indefinite duration.

Spain has not suffered such a rise in prices since May 1985, 37 years ago. And energy, as has been happening in recent months, sets the pace, this time with the added pressure of market destabilization caused by the war in Ukraine, which for the first time conditions the statistics. According to the INE, electricity and gasoline contributed 1.6 of the 2.2 point rise in inflation compared to February. In the midst of an unprecedented wave of sanctions against Russia, one of the world’s largest oil and gas producers, the rise in the price of electricity (107% in March, according to the INE), diesel (45.6%) and gasoline (33.6%) has been notorious: last month all records were broken in the wholesale market, with an average price of 283.30 euros per megawatt hour, and a historical maximum of 545 euros on the 7th; while oil was paid at almost 140 dollars a barrel of Brent and barely fell below the 100 dollar barrier at that time.

The contagion to food, which contributes three tenths to the increase, is palpable in products such as olive oil, which is up 32.9%, pasta (21.4%), flour (14.3%), baby food (11.7%), rice (10.4%), sheep and goat meat (10.1%), skimmed milk (11.7%), whole milk (11.4%) and coffee (9.8%). The rising cost of such basic items around the world is sparking concern. The index prepared monthly by the Food and Agriculture Organization of the United Nations (FAO), which collects the global evolution of prices, closed March with an increase of 33.6% compared to March 2021, its highest rate in 14 years. Ignoring the movements of energy and food, the picture is very different. Core inflation, which discounts the evolution of both components as they are the most volatile, rose four tenths in Spain to 3.4%.

After a year with prices rebounding above the 2% target of the European Central Bank, this new blow to the pocket, from which companies, freelancers and households have not been spared, has lit the fuse of unrest in Spain with an aggressive transport strike which added pressure to the already stressed supply chains and has forced the Government to intervene in the market with a subsidy of 20 cents per liter of fuel for all drivers, although it did not have an impact last month because it came into force on April 1 .

The rise in prices has placed Spain among the countries where inflation is wreaking more havoc. Not only from Europe. It also exceeds the United States (8.5%). And it is above the euro zone (7.5%) and the United Kingdom (7%). Sources from the Bank of Spain attribute this differential to a greater acceleration of energy prices in Spain. “Electricity weighs 4.1% in Spain and registers an interannual growth of 80%, while in the euro area it weighs 3.1% and grows at 34%”, they calculate.

Has it hit the ceiling?

The war has shattered numerous forecasts in just a few weeks, but once the war scenario has been added to the balance, there are signs that March may finally be the long-awaited price ceiling. This is what Andrei Boar, a professor at the UPF-BSM in Barcelona, ​​believes. “We are at the peak. And there will be a drop in the coming months, but moderate. We have to get used to seeing inflation of 3, 4 and 5% on a sustained basis”. In his opinion, the meteorological factor will also help: the rise in temperatures that is coming after the end of winter will reduce gas consumption, and the greater number of hours of sunshine will be used by renewables, which will lower the bill. This Sunday was a good example: the price of a megawatt hour sank in the middle of the day to just one euro.

The cautious optimism of Roland Gillet, professor of Financial Economics at the Sorbonne University in Paris and at the Free University of Brussels, part of the fall in the price of oil in April —driven by fears of lower demand due to the confinements due to the pandemic in China, and the greater offer for the release of US reserves—and in the aid deployed by governments to buy fuel. He also argues that Europe is in an advantageous position vis-a-vis the United States to contain prices. “European inflation is linked to energy. If that component disappears, it will go down. We are not in the US scenario, where the increases have been transferred to wages. Here that spiral does not exist, and that is why the ECB is much less aggressive than the Federal Reserve”, he explains. Of course, he remembers that if the energy shock lasts, the US is better prepared. Being one of the largest producers in the world, the supply, in its case, does not depend so much on the outside.

The battle of public opinion

The mixture of structural factors and factors specific to each country, with the evident influence of the war, has unleashed another battle, that of public opinion, with very similar dynamics on both sides of the Atlantic. The distribution of responsibilities can be decisive in upcoming elections. And in the face of criticism from the opposition for the uncontrolled increase in prices, a phenomenon that they intend to capitalize on to wear down the government in charge, both the US president, Joe Biden, and his Spanish counterpart, Pedro Sánchez, have openly blamed Vladimir Putin for inflation.

Biden’s tension was evident this Tuesday, just a few hours after the inflation data in the US was known. “Your family’s budget, your ability to fill the gas tank… none of that should depend on you a dictator declares war and commits genocide on the other side of the world.” His government has been pointing fingers at the Russian regime for weeks, even using social media hashtags like #PutinPriceHike — Putin’s price hike. Sánchez also publicly took aim at the Russian president last month. “Inflation and energy prices are the sole responsibility of Putin and his illegal war in Ukraine.”

Outside of the dialectic of innocent and guilty, the idea of ​​an economic setback is gaining traction in the forecasts of the large organizations. The latest was, this Tuesday, the World Trade Organization, which lowered its global growth estimates for 2022 from 4.1 to 2.8%. Given the revisions, the thesis of the advent of stagflation —inflation without growth, stagflationin English— seems exaggerated for now, and is giving way to the popularization of the term slowflation -something like sluggishness— to describe the current economic moment, of steep price increases and less vigorous growth.

Andy Brown (Galp): “We don’t want to help finance the atrocities we are seeing in Ukraine” | Business

The alarm signals left by the labor reform: a stressed market and more layoffs | Economy

From diplomacy to domestic politics: López Obrador takes his battle for sovereignty to the Summit of the Americas
May 22, 2022

From diplomacy to domestic politics: López Obrador takes his battle for sovereignty to the Summit of the Americas

Negotiations begin in Congress for the new Constitution in Chile

Evi Anna Rauter: The mystery of the anonymous body from Girona that her family searched for in Italy for 32 years | International
May 22, 2022

Evi Anna Rauter: The mystery of the anonymous body from Girona that her family searched for in Italy for 32 years | International

A huge fire in some fuel depots in Cuba leaves 17 missing and more than 120 injured | International
August 7, 2022