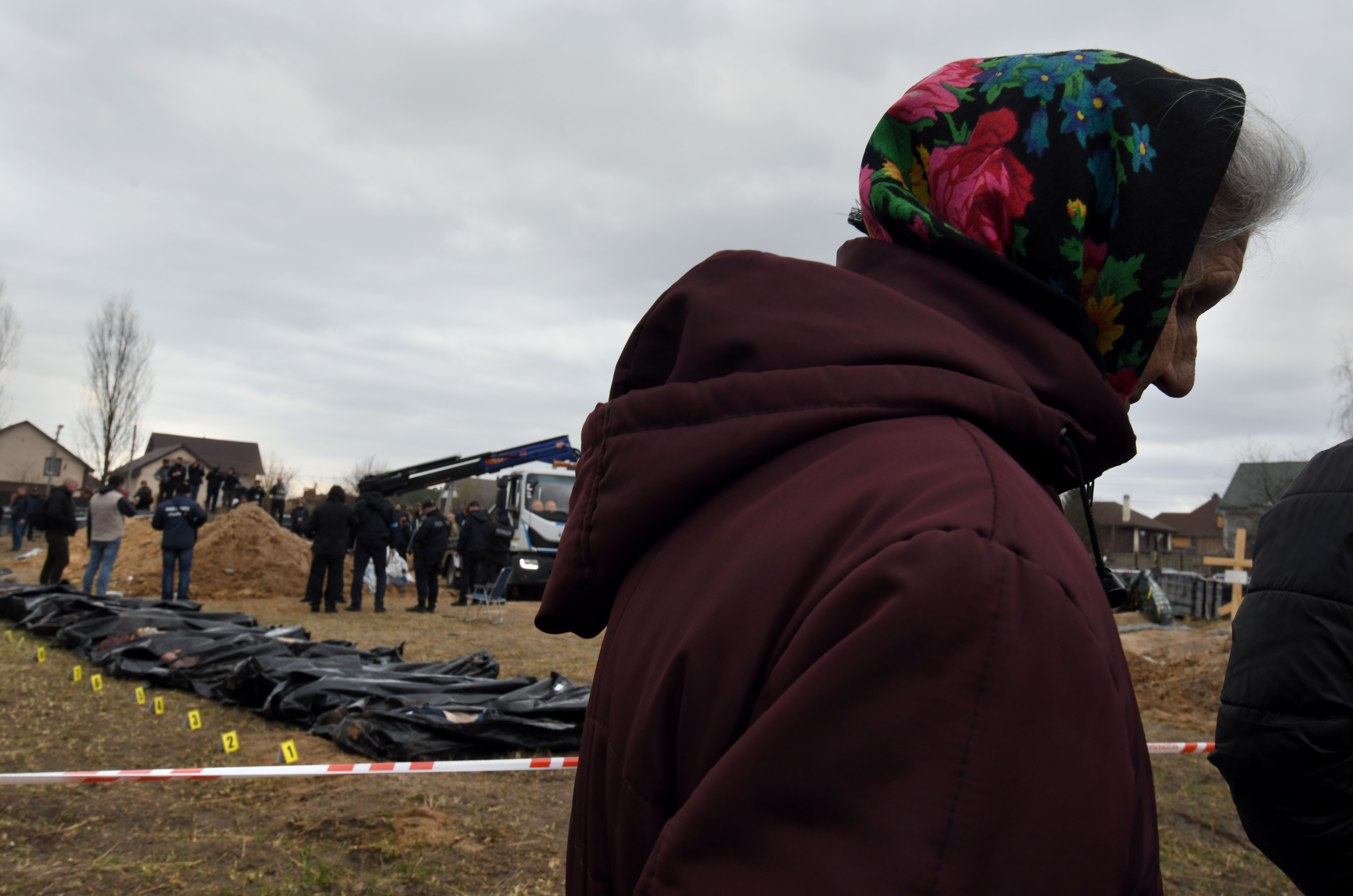 However the Russian invasion of Ukraine ends, everything indicates that the European Union will try to ensure that the war crimes committed during the conflict do not go unpunished. The EU foreign ministers held a meeting on Monday with the prosecutor of the International Criminal Court (ICC), Karim Khan, to express their full support and collaboration in the investigation of the atrocities committed on Ukrainian territory, the vast majority of them attributed to the army of Vladimir Putin. The community partners consider it necessary to act urgently so that the investigation of future cases is as well founded as possible and allows the defendants to be brought to justice.

“We will provide the International Criminal Court with all the support we can through our representation in kyiv, both to the Ukrainian prosecutor’s office and to the ICC prosecutor,” said the EU’s High Representative for Foreign Policy, Josep Borrell, after the meeting with Khan. Borrell has declared himself “impressed” by the scenes seen during his recent visit to Ukraine with the president of the European Commission, Ursula von der Leyen.

“We are facing an urgent task because the evidence must be collected now, but also before a meticulous and long-term work due to the precision that this type of judicial process requires,” details a diplomatic source in connection with the meeting with Khan, which will be a working breakfast before the Council of Foreign Ministers of the EU that is being held this Monday in Brussels.

The appointment with Khan comes after the discovery of massacres like the one in Bucha, a city near kyiv that was occupied for more than a month by Russian troops. “If this is not a war crime, what is a war crime?” Von der Leyen asked last week, after visiting some of the mass graves in Bucha.

Calls for an international investigation into what happened have intensified ever since. New tragedies, such as the siege of Mariupol or the bombing of the Kramatorsk train station, make it increasingly difficult to turn the page on this conflict as if nothing extraordinary had happened.

From the Russian side, the West is accused of ignoring the presumption of innocence. “An investigation of alleged war crimes is called for and at the same time Russia is found guilty at the speed of light,” the Russian Embassy to the EU complained in a statement issued after the bombing of the train station.

Condemned not to leave Russia

Unlike other wars, where the international community has washed its hands, on this occasion the collection of evidence and testimony to prove the crimes has already begun. And given the imprescriptibility of the alleged crimes, the authors seem condemned, at the very least, to never be able to leave Russia again if they do not want to be arrested. According to the Ukrainian prosecutor’s office, 10 European countries, in addition to Ukraine, have already opened their own criminal investigations, including Germany, France or Sweden.

The ICC prosecutor already has, in addition, the support of 41 countries to carry out his own investigation. And the list includes not only European countries, but also from other areas, such as Canada, Colombia, Australia, New Zealand or Japan. The ICC presidency has already assigned the case to a pre-trial chamber where three judges — a Congolese, a Japanese and an Italian — will have to rule on the prosecutor’s request to launch an investigation into alleged war crimes committed in Ukraine since November 2013. , that is, when kyiv considers that the Russian aggression against the country began.

Neither Russia nor Ukraine are member states of the ICC. But Ukraine has accepted the jurisdiction of the international court for the events triggered by the Russian annexation of Crimea, the Moscow-encouraged rebellion of parts of the Donbas provinces and, finally, the invasion of a large part of the Ukrainian territory. Perpetrators of potential war crimes, from military brass to the Russian president, are also not immune from accountability. Khan recalled in a recent interview with EL PAÍS that “the ICC does not have jurisdiction over States, but rather over individuals.” And he added: “I am not going to mention any leader, because I have not made any determination, but any individual, if there is evidence that indicates that he committed a crime, can be tried.”

Diplomatic sources indicate that Monday’s meeting will be the beginning of coordination to help the Ukrainian authorities collect evidence of war crimes committed since February 24, the date on which Russian troops invaded Ukraine. The EU has already set up a joint investigation team that will act on the ground in collaboration with the Ukrainian prosecutor’s office and with the support of Europol and Eurojust. Brussels is also negotiating with the ICC so that, if necessary, the international court can also participate in the investigation team.

The feminist government of Gabriel Boric

What impact can Russian mobilization have on the war in Ukraine? Keys on Putin’s latest escalation | International

Angola holds the closest elections since its independence | International

By admin
Recent Posts
Latest News
Facebook Twitter WhatsApp Telegram
Back to top button
Close
Featured Posts
At a glance: the symbols of political polarization in Brazil
6 days ago

Chile 2022 plebiscite results, live | Boric prepares a change of cabinet to renew the management after the triumph of the rejection
4 weeks ago

Chile 2022 plebiscite results, live | Boric prepares a change of cabinet to renew the management after the triumph of the rejection

Haidi Matar,: Man arrested for stabbing Salman Rushdie will remain in jail without bail after pleading not guilty | International
August 19, 2022

Haidi Matar,: Man arrested for stabbing Salman Rushdie will remain in jail without bail after pleading not guilty | International

Russia bombs Chaplino, whose station was being used by the Ukrainian Army | International
August 28, 2022

Russia bombs Chaplino, whose station was being used by the Ukrainian Army | International