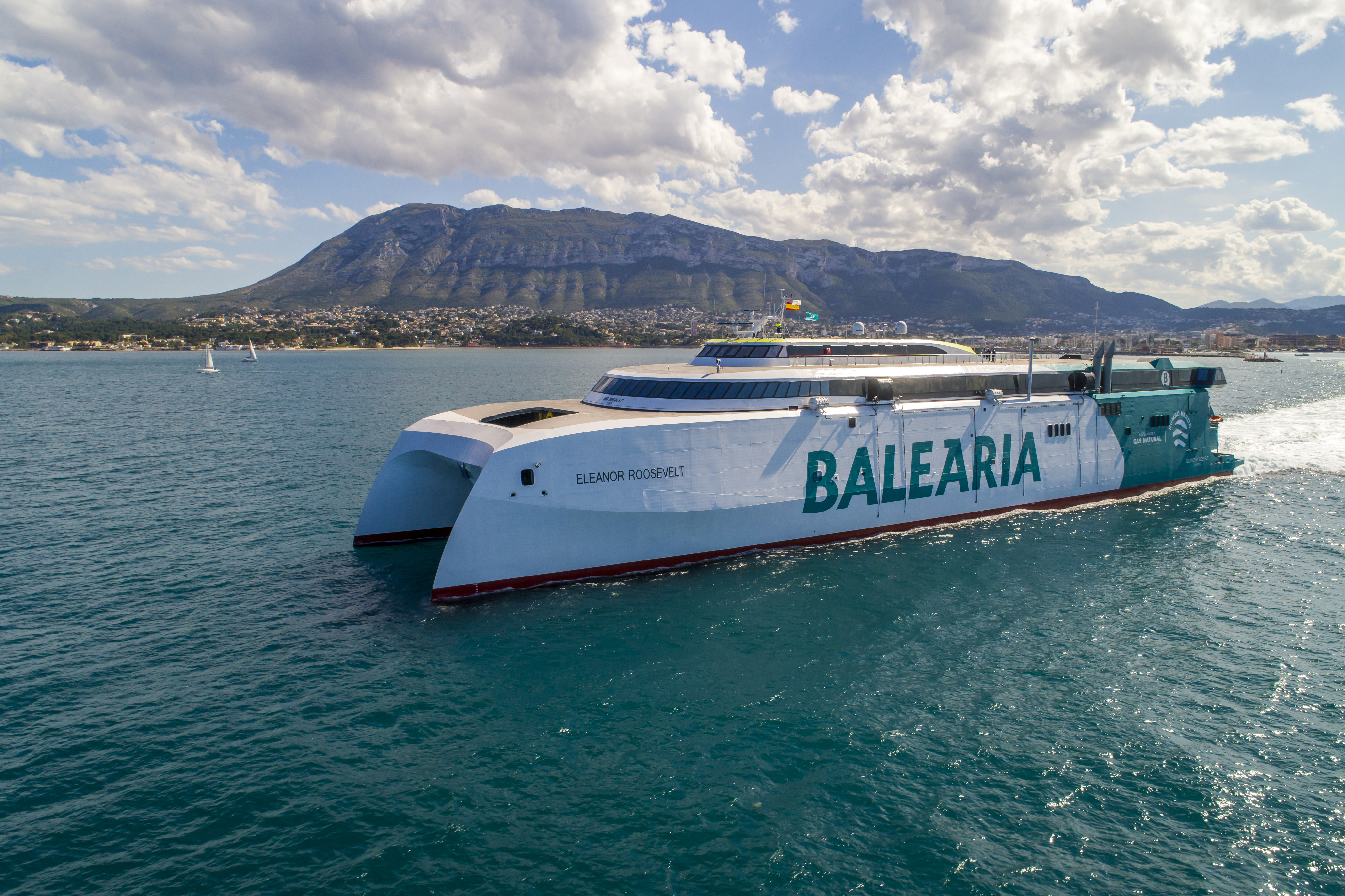 Adolfo Utor, a businessman from Alicante, does not have a fondness for boats in his family. No one around him worked in the naval sector, which he was tempted to do when he was just a teenager. He began selling tickets at the Dénia port window in the Flebasa company, the shipping company in which he began a meteoric rise that took him from mooring ships to jumping to administrative tasks, to end up being general manager. After the company went bankrupt in 1998, he planted the seed of what is now Baleària together with a small group of workers. The shipping company currently leads the transport of passengers, vehicles and goods between the Balearic Islands and the Peninsula, and has routes in the Canary Islands, France, North Africa and the United States.

Since those beginnings in the port of Dénia it has rained a lot. Five years after its foundation, Baleària absorbed Umafisa, the main shipping company in the Balearic Islands owned by former PP minister Abel Matutes, who through his business group held 42.5% of the company’s shares until last October, which they were eventually acquired by Utor. “It was an initiative of Matutes, who decided to divest. The reason is related to the fact that they wanted to concentrate their assets in the core business of his business, which is the hotel part. In any case, the relationship has been one of total trust and loyalty during these 17 years”, explains the businessman.

A stable relationship in which political ideologies, he says, have never intermingled despite the fact that both businessmen come from opposite political spectrums; Utor was a councilor in the Dénia City Council for the PSOE during his brief stint in politics, while Abel Matutes has a long career in the PP, a party for which he was Minister of Foreign Affairs, also a senator and from which he definitively disassociated himself in 2008. “Ideologies did not influence because they are issues that do not affect politics, but human relations. We shared a business model, that of wanting to develop a maritime transport network in the Balearic Islands, where we have had a fruitful relationship for both parties and for society”, he underlines.

During these years the shipping company has grown to expand its activity in six countries, operating routes with 29 ships and employing 1,500 people. The outbreak of the pandemic in March 2020 and the strong restrictions on mobility caused losses of 15 million euros for the company, which managed to recover last 2021 when it closed with profits of 49 million, a turnover of 396 million and a profit operating income (ebitda) of 103 million. “In our business, 50% of income comes from passengers and the other half from cargo. In 2020 we were very affected by the pandemic, but we launched very early to the market, scheduled services and had a moderately good result for the year of mobility restrictions that we suffered”.

The shipping company managed to increase the volume of freight traffic by 15% in 2021, with more than 6.5 million linear meters and doubling its efforts on routes such as those operating in Morocco, where the closure of borders only allowed the movement of ships load. Passenger traffic increased by 38% to over 2.9 million travellers, 95% of them on domestic routes, as international routes experienced a drop of 85% in passengers due to mobility restrictions. Last year’s data is still 34% below the passenger volume of the pre-pandemic years, although the national market has almost doubled its growth. Now the prospects for the summer seem promising and the level of reservations is already 30% higher than in 2019 at this time, which for the president of the shipping company shows that people “are eager to travel”.

A horizon that may be clouded by the uncertain consequences of the Russian invasion of Ukraine on consumer behavior, by growing competition and by the rise in fuel prices, which it intends to counteract by increasing passengers and goods. “Having a company is risk and venture. When the price of fuel goes down we win and when it goes up we lose. We know that it is cyclical and that we have to have solvency to tackle difficult situations. We had a bad time in 2008, but when covid-19 arrived we were prepared because we already had the experience of the previous crisis and we were able to withstand the losses well.” Despite its calm when it comes to talking about the impact of the rise in energy prices, Baleària has been forced to turn off the liquefied gas engines of the nine ships in its fleet that can navigate with dual engines of this fuel and of fuel oil in the face of “exceeded” prices since October.

The commitment for the conversion and construction of liquefied natural gas ships that allow a 30% reduction in greenhouse gas emissions reaches 380 million euros. “We have not made a mistake with gas. Common sense dictates that it has to be cheaper because there is so much of it and it doesn’t need treatment or refinement. We hope that it will return to competitive prices and temporarily we have reduced it significantly because oil derivatives are cheaper. It is a matter of viability and competitiveness”, he warns. And it is that for the businessman it is necessary for the central government to promote energies that are “cleaner”, as Europe has already done and as it has been doing with the electric car sector, because at the moment “there is a will, but nothing concrete”.

Baleària’s expansion plans could be recovered with the end of the restrictions, closely monitoring the emergence of competition, especially in the Balearic market. The purchase of Trasmediterránea by Grimaldi Lines and the emergence of Grandi Navi Veloci in the operation of routes from the Balearic Islands to the Peninsula will stir the waters in the Mediterranean, although Baleària maintains plans to launch possible routes between Barcelona and Valencia with North Africa and promote others in the Caribbean. “We are in the process of restarting these projects, but we still don’t have anything concrete,” concludes Utor.

Appointment: Inditex culminates the generational change with the arrival of Marta Ortega to the presidency | Economy

The Government cites the big bankers, but will not admit pressure in the design of the new tax | Economy

Check Also
Close
Salary of the ONCE: check the result of today’s draw, Sunday, October 2
3 mins ago

The double tragedy of those evacuated by the Chernobyl nuclear accident | International
May 11, 2022

The Kremlin devises a mechanism to receive rubles for its gas and for Europe to pay in euros | International
March 31, 2022

Pedro Sánchez arrives in kyiv to meet with Zelensky | International

The last refugees fleeing to kyiv: “Bohdanivka was full of Russian soldiers” | International

United Nations and Amnesty International document massacres and rapes that occurred when Russian troops tried to reach kyiv | International
May 6, 2022