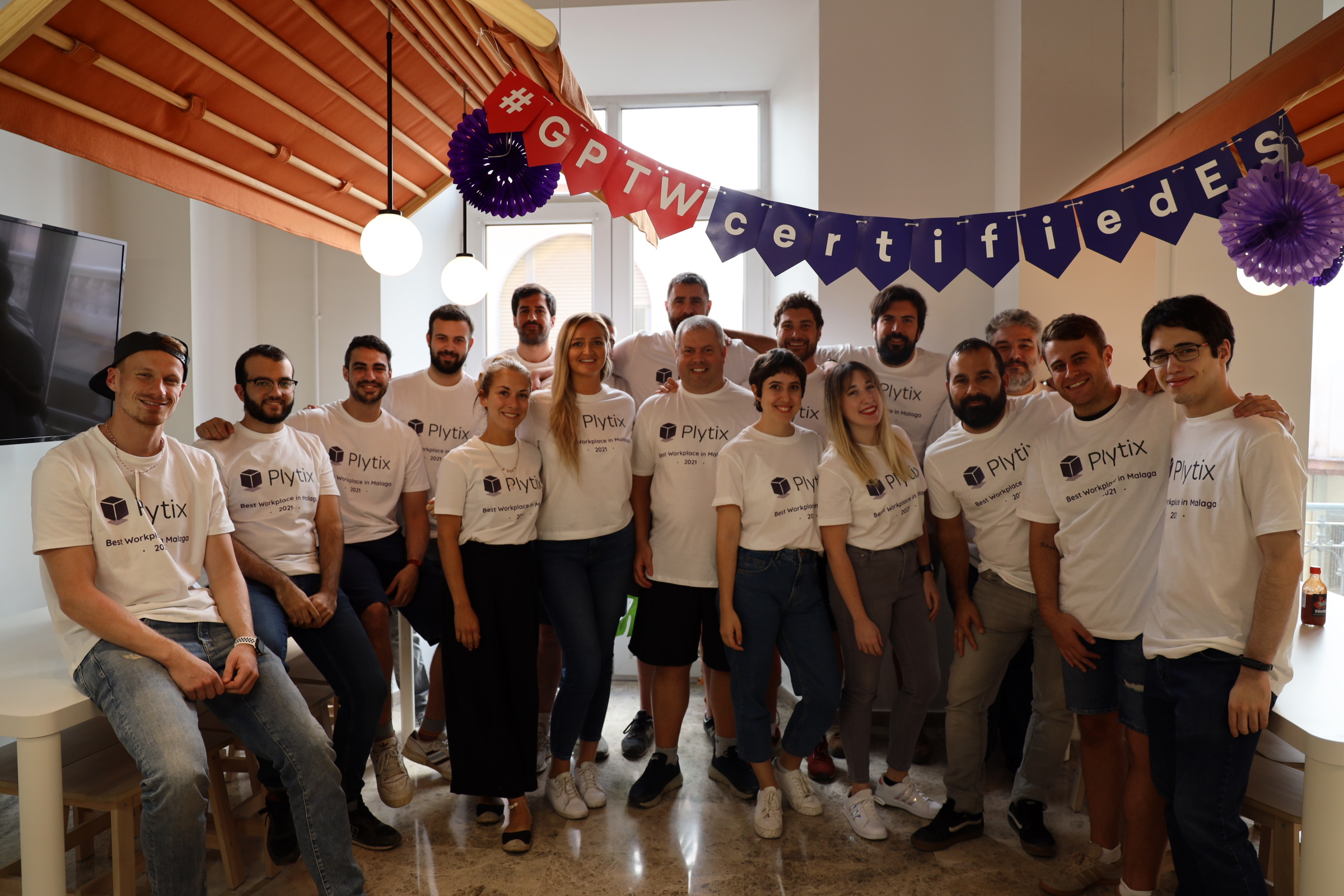 A handful of computer engineers in their 30s worked at the Plytix offices and developed a software that helps small and medium-sized companies to be competitive in markets such as Amazon, Shopify or their own online stores. An idea developed since 2015 by Alejandro López from Malaga and Morten Poulsen from Denmark, who lead a business that had a turnover of more than 2.3 million euros in 2021, more than double that of 2020 and five times more than in 2019. With delegations in Denmark, the United States and South Africa plan to open in Australia. They hope that the benefits will arrive in 2023, but their biggest challenge today is not to grow, but to find professionals in a city where they are not scarce: it is that they are not available.

Half Danish and half Malagan soul, Plytix is ​​a company focused especially on SMEs, with a software that helps them to optimize the information and dissemination of their products for sale in different internet spaces. Anyone —stores, manufacturers, distributors— can centralize their catalog and add a multitude of data, from sizes or materials to images, instructions or any other aspect. The software it helps them avoid a sea of ​​documents that end up out of date. In return, it allows them to manage all their product information in one place, where every change is immediately transmitted to each marketplacefrom Amazon to Shopify, through Zalando, Facebook or the website of each company.

The original idea, however, was not that. When López and Poulsen set out in 2014 to outline projects, they envisioned an online analytics platform based on the product rather than the page. The tools of that time focused solely on knowing the impressions, views or users that passed through a certain site, but they wanted to go to the specific products. They came across the lack of digitization of the companies’ catalogues, but they began to ask for other functionalities and the project ended up pivoting towards a software PIN —from the acronym Product Information Management—, which, basically, is a product information manager. “We continue to pay close attention to analytics because it is our essence and a differentiating factor, but now they are one more service of something very broad,” highlights co-founder Alejandro López.

“It’s a powerful, easy-to-use, and affordable technology that helps them compete with big companies,” sums up Morten Olsen, a former Google worker and one of the founding partners. There is a free version, but there are other options with more services depending on the fee paid. Hardware vendors and companies with products related to the construction, decoration, furniture or fashion sectors are, for now, its main clients. Most are found in the United States, Canada, and the United Kingdom, but also in Germany and the Nordic countries. They have just translated their website into Spanish to reach the local market, where their presence is remarkably low.

The pandemic has marked a turning point for Plytix. On the one hand, most of its engineers have children and, between the confinement and the closure of schools, the productivity and improvement of the platform suffered during 2020. In return, sales grew rapidly. “We were well positioned and we jumped on the wave of electronic commerce, which skyrocketed,” says López. This has also allowed them to grow in staff, incorporating staff and reaching up to 60 people, most of whom are in Malaga.

They have run into, yes, the technological boom of the Costa del Sol. “Talent attracts talent, but it is difficult for us to find people,” acknowledges the man from Malaga. “The competition is fierce,” adds Olsen. Both intend to hold events to attract the attention of other professionals and have reinforced the human resources department so that part of the team can focus on pampering the workforce. It was the workers themselves who named Plytix the best place to work in Malaga, according to the Great Place to Work ranking published in the autumn.

The ‘slow delivery’ arrives, the most efficient and sustainable home deliveries, but not faster | New Times

The 10 Best Solar Generators for Camping With All Your Gadgets

Great salary from ONCE, check the result of today’s draw, Saturday, October 1, 2022
41 mins ago

Electricity price per hour for tomorrow, Sunday, October 2: when is it more expensive and cheaper on the day
4 hours ago

Finland and Sweden join NATO via Moscow | International
May 15, 2022

18 dead in a police operation in a group of favelas in Rio de Janeiro | International
July 22, 2022

Rodolfo Hernández, the mirror of Trump in Colombia | Presidential Elections Colombia
May 29, 2022

Yemen, a country at war under Saudi tutelage | International
May 12, 2022

Yemen, a country at war under Saudi tutelage | International

International commotion over Gorbachev’s death: “It changed the course of history” | International
August 30, 2022

International commotion over Gorbachev’s death: “It changed the course of history” | International

Blocking of EU aid to Palestine endangers the lives of hundreds of cancer patients | International
June 13, 2022