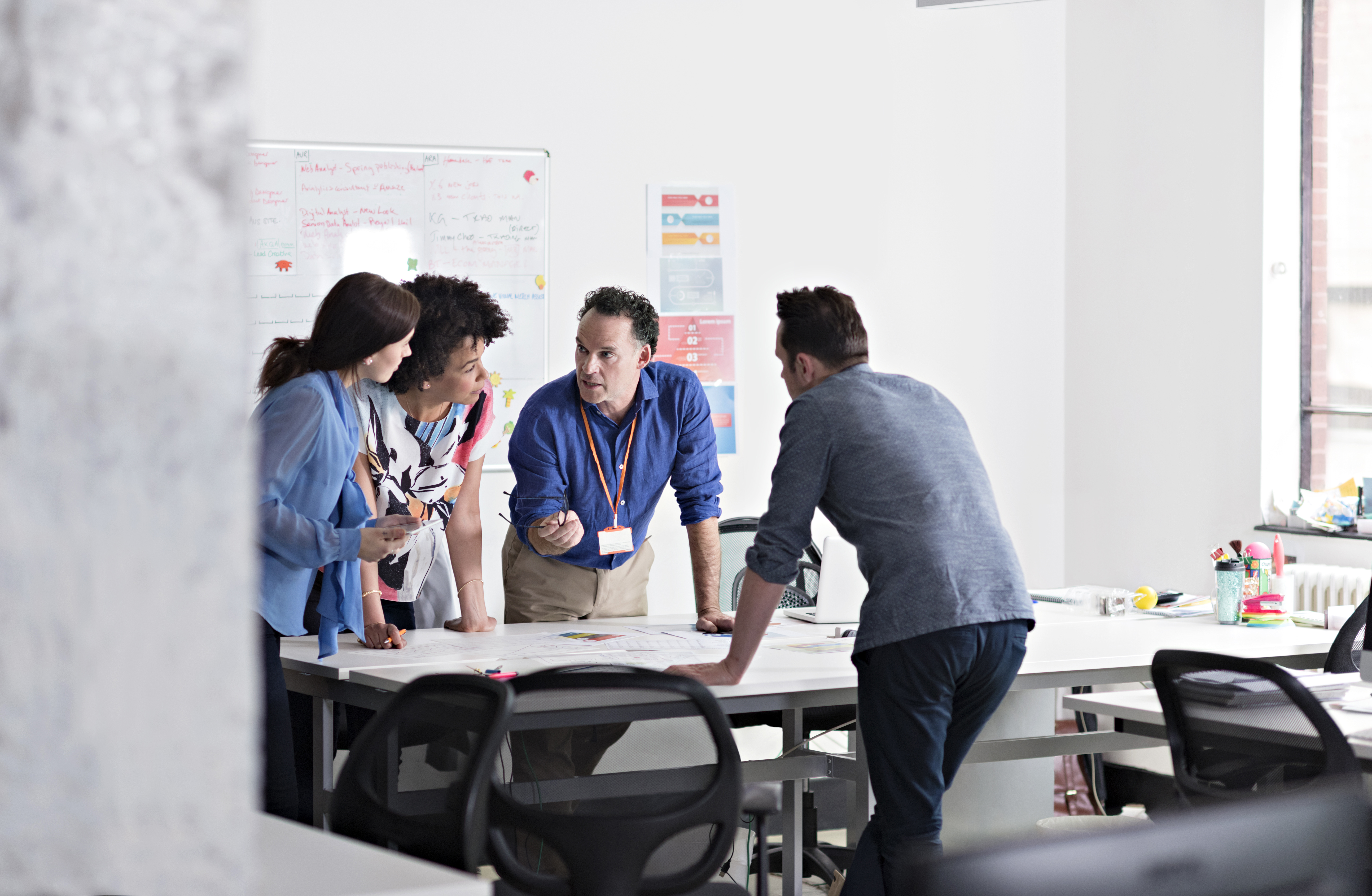 The situation in Spain, with large sectors turned upside down and the impact of the invasion of Ukraine, has achieved a milestone in people management. The big egos seem to have been diluted and collaboration has been installed in the crisis cabinets of the companies. A cooperation that advances, without fissures, to make complicated and unprecedented decisions in this difficult economic situation that affects business outright. Although these are bad times for the lone leader, experts predict that the truce to self-centeredness will expire after the return to normality.

But until then, and with the protagonism parked, the managers who make life impossible for their teams are blurred. Those who impose their reason at all costs, who seek constant recognition and unashamedly hang themselves on the successes of others. Also those who suffocate with excessive objectives, who demand short term or refuse to back down in the face of a wrong strategy. “This trend began with the pandemic, by humanizing us all, and will continue during serious conflicts because they represent a grounding of those egomaniacs who live in their world disconnected from reality,” says Daniel Romero Abreu, president of Thinking Heads Group.

The tendency to loosen egos is also identified by the president of the International ProMediation Institute, María Jesús Fernández, who recognizes that people are joining forces in the midst of chaos. “And this sum, which involves everyone, is momentarily lowering individualism and boosting consensual decisions. Those that are taken from reason, and not from the emotional plane, as the egomaniac does, moved by envy, ambition, fear or insecurity, ”she highlights.

The change in attitude is imposed, according to experts, by the pressing circumstances that impact the economy, markets and business activity. From this seriousness, “the manager who always checks with the same sources related to him, now has no choice but to leave his comfort zone and listen to other voices outside his environment,” says Romero Abreu.

Margarita Mayo, Professor of Leadership at IE University, warns that self-centeredness and making decisions based on personal interest and one’s own image, instead of putting the common interest first, “can endanger the viability of companies” at this time. The teacher calls a “paradox” the heroic vision installed in the collective conscience “that glorifies the leader waiting for a solution, which does not correspond at all to reality.” “It is very interesting because crises require collaboration, and contrary to popular belief, they are not won by heroes but by the power of uniting the talent of many people,” she adds. And she exemplifies: “We are seeing, without protagonism and with a lot of unity, the defense of that common interest in the sectors in crisis (fuels, energy, transport, farmers or ranchers)”.

An “essential” union, according to Miguel Ángel Turrado, general director of HP SCDS, who declares that crises, by causing difficulties for the business and people, complicate team management “and that is when it is vital that it transcends itself” I” to focus on organizational interests. For the manager, a solid strategy in managing this crisis “requires knowing how to transmit clear instructions so that all employees see that in this common vision they also benefit from the joint effort that they would never obtain alone”.

The type of leadership that companies assume in times of urgency is decisive for their future. Margarita Mayo highlights Inditex as a paradigm. The temporary closure of its operations in Russia and the support plan for the 10,148 Russian and 1,424 Ukrainian employees “is a sign of leadership by values, under the imprint of Amancio Ortega.” A leadership that he qualifies as a “prototype of humble management, which guides its directors so as not to lose contact with reality.” In this line, the new CEO, Óscar García Maceiras, has conveyed the message to his staff to “work with humility, but with ambition” in the recent presentation of the company’s results, already under his mandate.

In the same way, the CEO of Google, Sundar Pichai, represents for the IE University professor, a managerial model that “works so that others are leaders and thus create powerful high-performance teams”, which distances him from ” typical Silicon Valley egos.” A philosophy to which banking has signed up, strongly impacted by a digital transformation, which has managed to soften self-centeredness. BBVA sources indicate that, to flee from individualism, a management model focused on each employee acting as a collaborative leader has been promoted since confinement. From three levers: entrepreneurship (providing tools to generate innovative solutions), empowerment (power is given to make decisions and execute strategies) and accountability (He is linked so that he feels the objectives of the bank as his own).

Difficulties have paved the way for self-centered managers to descend from their imaginary heights, their dreams of grandeur and their lack of empathy for dialogue, listening and collaboration. María Jesús Fernández recognizes “a growing concern to address harmful egos” and points to the need for “a greater provision of resources and time to implement the necessary training. In companies, everything goes very quickly and problems are solved as they appear”. Something about which Romero Abreu is not too optimistic: “Despite the fact that we will have learned something from the convulsive times we are going through, when they are overcome, that insecure and narcissistic guy will return,” he anticipates.

The value of the employee experience

The crisis has accelerated the shift from the egotistical boss to the leader who “now has to take responsibility for the employee experience”, according to Jesús Alcoba, coordinator of the book How to build the employee experience (LID Editorial, 2022). The worker needs to know the meaning of what he does and that the value he contributes be recognized. It’s over that you do it because I tell you so “. Alcoba believes that if the narcissistic manager says I, the collaborative leader speaks of we, so that instead of inspiring fear, he generates enthusiasm. Because instead of having authority, he creates trust. He goes from commanding to guiding or advising, from imposing to listening, from worrying about results to doing it for people and from looking for short-term goals to doing it long-term. The new leader looks for solutions, innovates; he selects the best fit for the organization and shares the success with the team.

The new train from Extremadura does not finish starting: “It is a lack of respect. We are not less than anyone” | Economy

Great salary from ONCE, check the result of today’s draw, Saturday, October 1, 2022
51 mins ago

By admin
Recent Posts
Latest News
Facebook Twitter WhatsApp Telegram
Back to top button
Close
Featured Posts
How the Azovstal steelworks has become the bastion of the Ukrainian resistance in Mariupol | International
April 20, 2022

Ricardo Alarcón, former Cuban foreign minister and main architect of the migratory agreements with the US, dies | International
May 3, 2022

Ricardo Alarcón, former Cuban foreign minister and main architect of the migratory agreements with the US, dies | International

Nuclear deal: Four Arab countries close ranks for the first time in Israel in the face of Iran’s challenge | International

Where do I have to vote? Keys to the elections in Colombia 2022 | International

Turkey’s demands for Sweden to join NATO worry part of the government and the Kurdish community | International
July 5, 2022

War in Ukraine: Russia lowers its military objectives and announces that it will focus on Donbas | International
March 25, 2022

War in Ukraine: Russia lowers its military objectives and announces that it will focus on Donbas | International

Mercosur prevents Zelensky from speaking at the 60th summit of presidents
July 21, 2022

Mercosur prevents Zelensky from speaking at the 60th summit of presidents