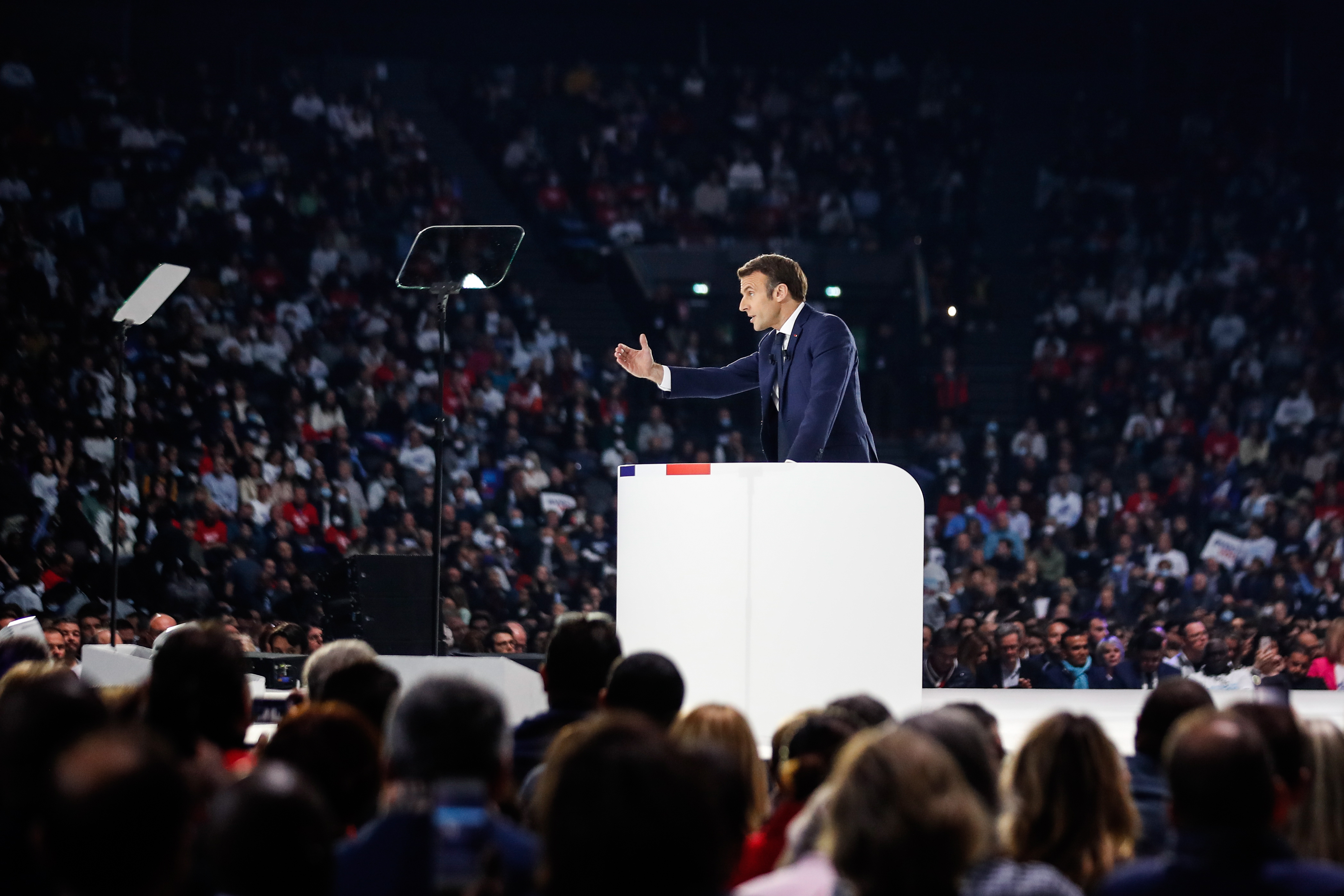 Emmanuel Macron called his voters this Saturday to distrust the polls that give him as a favorite in the elections that are held in the first round on the 10th and, in the second, two weeks later, and appealed to “general mobilization” to defeat the president’s main rival, the far-right candidate Marine Le Pen. The president regretted that the ultra speech has been trivialized and has stopped frightening.

“Do not believe the polls that say it is impossible, that it is unthinkable, that the election is already decided and that everything will be fine,” said the candidate for re-election at the La Défense Arena pavilion, on the outskirts of Paris, and before tens of thousands of supporters at the only major rally planned before the first round. “From Brexit to so many elections, the seemingly unlikely has happened. I tell you forcefully: nothing is impossible.

Macron’s call came in the final stretch of a speech of more than two hours in which he detailed his electoral program and claimed the balance of his five-year term. There were pro-European and patriotic French proclamations. And promises to improve wages: purchasing power is becoming the central theme of Le Pen’s campaign. And a defense of the French social model, combined with the demand to work more: raising the retirement age from 62 to 65 is one of the star proposals – and risky – of his program.

Eight days before the first electoral round, Macron leads the polls with an expected vote in the polls of around 27%, followed by Le Pen, with 20%, and Jean-Luc Mélenchon, a candidate from the populist left, with 15% of the supports. In the second round, in which the two most voted face each other, Macron would prevail over Le Pen, but with a narrower margin than in 2017. Then Macron got 66% of the vote; LePen, 34%.

“I don’t want arrogance or defeatism: I want general mobilization,” the president said. The goal was to instil energy into his troops, nervous because Le Pen is approaching in the polls, and because the president, busy with the war in Ukraine, has not finished getting fully involved in the campaign.

Macron was speaking from a dais in the center of the arena, like a wide boxing ring. The crowd waved French and European flags. In the front rows sat his wife, Brigitte; her parents, who rarely appear in public, and much of his government. He was no longer the image of the young politician who turned the old party system upside down in 2017; now he is establishment, the man of the system. The danger for him is complacency and the tendency of the French to throw out whoever is in charge. Macron’s two predecessors – the conservative Nicolas Sarkozy and the socialist François Hollande – only served one term.

Macron said, quoting the writer Charles Péguy, that “the worst thing is to have an accustomed soul.” And he added: “And we’ve gotten used to it. The extremist danger is greater because for years hatred, alternative truths have been trivialized in public debate.

He was talking about the extreme right. He has never been so close to power in France, and yet this possibility does not set off alarm bells like it did a few years ago. Macron’s victory in 2017 blew up the usual alternation between center-left and center-right and left a scenario with a great Macronist center and, as an alternative, radical options. Le Pen has since been strengthened thanks to the so-called demonization and normalization strategy.

“We have become accustomed to seeing anti-Semitic authors, other racists, parade through certain television sets,” he said in an allusion, without citing them, to networks such as CNews, owned by the Vivendi group, which helped catapult the campaign of the ultra candidate Éric Zemmour .

“We have become accustomed,” he continued without quoting any names, “to crude falsehoods, nauseating theories. We have become accustomed to seeing political leaders telling nonsense about covid, conspiracy theories about the vaccine with the risk of putting the lives of our compatriots in danger. And the next day they are invited again.”

Macron did not mention Le Pen either, but he did refer to her when he criticized politicians who “leave the euro in the morning and return to Europe at night.” In 2017, Le Pen proposed leaving the single currency and the EU, a position that he has corrected in 2022. The president recalled the millionaire loan from a Russian bank that the National Rally candidate received in a previous campaign. “We have become accustomed,” she insisted, “to allowing candidates to call themselves patriots while foreigners finance their project and their party.” The putin factor plan on the campaign.

Russia’s war in Ukraine: In the morgue of the city-shield that resists Putin’s troops | International

Russia transfers to Ukraine the model of war of total destruction of Syria | International
March 15, 2022

At least six killed in an attack in Kabul against Shia students | International
April 19, 2022

The curse on women in mixed marriages is entrenched in Lebanon | International
May 21, 2022