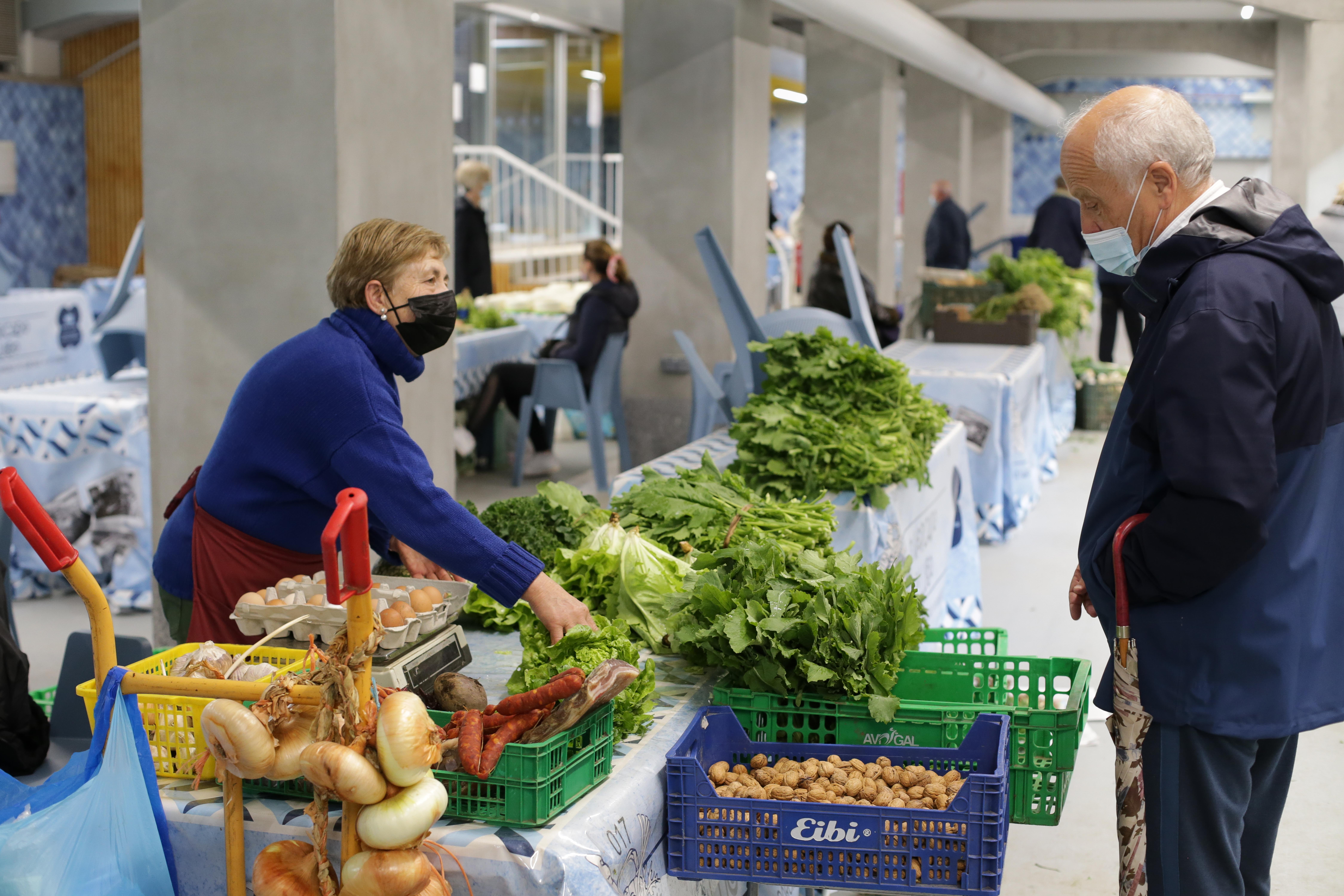 After a rise in prices, there are families keeping a close eye on the time at which the washing machine is put on, consumers jealously comparing supermarket offers, drivers on the hunt for and capturing the cheapest gas station, and disoriented passengers on public transport who have left the car parked in the garage for the first time in a long time. There are also wage earners on frozen payrolls who suffer from the loss of purchasing power. Self-employed who do not find it profitable to work. And companies that see their supply bills skyrocket. But although rates close to double digits are indisputably negative for the economy, the effects of inflation are uneven: pensions have better weathered the blow so far as their incomes are revalued according to the average annual CPI, energy companies see their bills grow results, and the most indebted countries —including Spain— can reduce their liabilities and collect more taxes.

The most obvious consequence of the general increase in energy prices and the shopping basket is its impact on the citizens’ pockets. There the casuistry is varied. Unemployed and students have no room to adapt to the rise. And in salaried workers it depends on whether their labor agreement contemplates salary increases. There are examples such as Mercadona, which increased the payroll of its more than 93,000 employees by 6.5% in December, the same as the CPI for that month. But that is not usually the norm: the wages agreed in the agreement rose by an average of 2.26% until February. And other firms keep them frozen. “Either there will be revisions or there will be protests,” predicts Javier Díaz-Giménez, professor of Economics at IESE. To alleviate these tensions, the Executive is promoting an income pact in which workers and companies share the cost of inflation.

For highly indebted families who benefit from salary increases associated with inflation, price increases are less harmful, because while the loan or mortgage they must repay remains intact, their income increases, so they have more resources to reimburse them. This is different in the case of variable mortgages, which may be affected by future increases in interest rates by the European Central Bank, which would spread to the Euribor. On the other hand, savers who have left their money in a current account, see how each month they can buy less with that capital, given that in an environment of low interest rates they do not receive any remuneration.

There are other categories. Low-income households have less margin for non-essential expenses such as dining at a restaurant or going to the movies, something that does not happen to those who can use their savings without having to deprive themselves of anything. And in the rural world, the use of the car is sometimes an obligation and not a choice, which implies greater spending on fuel than in cities, where there is the alternative of public transport. Olga Cantó, Professor of Economics at the University of Alcalá de Henares, sums it up this way: “Inflation has an impact on all households whose salaries do not rise, and more so on those with liquid savings, but the poorest may have more problems meeting their basic needs.

In the tenant-owner relationship, the Government has intervened to cut increases that, with inflation levels such as that registered in March, of 9.8%, would put at risk the continuity of many families in their current homes. The Executive has limited increases to 2% for three months.

Public salaries rose 2% this year. Everything that exceeds that threshold will mean a loss of purchasing power for officials. This opens the door to union pressure to raise wages, which in 2021 were only revalued by 0.9%, compared to the 3.1% increase in prices. On the other hand, pensioners have their income linked to the CPI and although until their benefits are updated they have to pay the increases out of their pocket, they resist the price crisis much better. Although there are voices that warn that this bill is unaffordable for the public coffers in a context of high inflation, the Executive has not changed its mind for now.

“Spain is a country that greatly protects the income of its pensioners, among other reasons because those over 50 years of age are more,” says Díaz-Giménez. Deep down, he explains, the latent malaise in protests such as the transport stoppage and the demands of farmers, ranchers and fishermen, stem from the same root. “Everyone is looking to defend their income against inflation,” she concludes.

Lights and shadows for companies and freelancers

In companies and freelancers, the difference is made by a single factor: whether or not they can affect the price increase of the product they offer. There are cases like that of white brands, which are more sensitive to increases because less added value is assumed for them. “If you can’t pass it on, you have a drop in profits and it affects you and the public administrations, because you pay less in corporate tax,” says Javier Fernández-Pacheco, professor at EAE Business School and financial advisor.

This reality is the main complaint of farmers who pay more for fertilizers and seeds, and of ranchers who suffer from the brutal increase in feed for their animals, but who later cannot transfer it to the prices of the harvest and livestock due to a system that they consider discriminatory to their interests. Also self-employed truckers who have seen fuel bills and intermediary commissions grow above their income. And of the electro-intensive industry, threatened to the point of carrying out punctual stoppages due to the rise in light. “It is too early to quantify the impacts on companies’ income and margins, but it is foreseeable that in the coming months we will see downward revisions in earnings per share,” predicts Natalia Aguirre, director of Analysis and Strategy at Renta 4.

At the other extreme, energy companies, such as the owners of oil and natural gas fields, have seen how the product they sell becomes more expensive while their costs do not change. And the banks see the interest rate rises by the ECB approaching, which allows them to recover their interest margins. They are among the winners of inflation. They are not the only ones. As in the case of citizens, those with debt can benefit, many of them loaded with ICO credits from the pandemic. “If they can transfer the costs to their prices, they are in better conditions to return them,” defends Fernández-Pacheco.

Among exporting companies, the key is what happens in their environment. “If you are selling shoes in Milan and inflation in Spain is 10% and in Italy 7%, your prices are going to be 3% more expensive than those of your competitor, so you lose competitiveness in international markets”, says Díaz Giménez, from IESE. Spain is among the countries in the euro zone with the highest inflation, so it is vulnerable to a loss of competitiveness, although in certain cases it is due to specific issues: there are more users covered by the regulated electricity rate, which transfers prices on a daily basis, while in other states most have long-term contracts that will not suffer increases until they are renewed.

The public debt is diluted

When there are general increases in prices, the State collects more in taxes such as VAT, linked to consumption, or personal income tax, which helps reduce the deficit. In addition, public debt is diluted with inflation. “It happened after the First and Second World Wars and it will happen in the next 10 years,” predicts Ignacio de la Torre, Arcano’s chief economist.

Spain is one of the most indebted countries in the EU, with outstanding commitments of 118.4% of GDP at the end of 2021, so a period of high inflation can serve to lower it. The State can also increase revenue if companies increase wages driven by inflation, because there will be employees who move to higher tax brackets. Or if companies maintain margins despite raising prices, because their profits improve and they pay more in corporate tax.

However, this thesis is full of uncertainties: inflation can also reduce consumption, by redirecting the money destined for purchases towards the payment of energy bills, and encourages interest rate hikes by the ECB, which if they occur would raise the debt interest bill. Unlike the US or England, Frankfurt is currently resisting taking that step, which benefits Spain, but its ability to oppose it is not infinite, and analysts do not rule out that it will take the step at the end of this year.

For Díaz Giménez, the balance of pros and cons is settled with clear winners and losers: “Inflation is a tax. And like all taxes, they enrich the State and impoverish the taxpayers”.

Podemos proposes an electricity bill based on consumption and raising taxes on yachts, private planes and luxury cars | Economy

When should I register as self-employed? | Business

By admin
Recent Posts
Latest News
Facebook Twitter WhatsApp Telegram
Back to top button
Close
Featured Posts
The new life of Laura Escanes without Risto Mejide: looking for a flat in Madrid in the company of this close friend
4 days ago

The new life of Laura Escanes without Risto Mejide: looking for a flat in Madrid in the company of this close friend

Argentina pays ten life sentences for crimes committed in Campo de Mayo, the largest clandestine center of the Army during the dictatorship
July 7, 2022

Argentina pays ten life sentences for crimes committed in Campo de Mayo, the largest clandestine center of the Army during the dictatorship

War in Ukraine: The chairman of the EU Military Committee: “The Russians’ plan A has failed” | International
March 17, 2022

War in Ukraine: The chairman of the EU Military Committee: “The Russians’ plan A has failed” | International

Biden appeals to the regional union as a solution to the migration crisis in America | International
June 11, 2022

The US warns that the war in Ukraine will not distract from the Chinese threat | International
May 26, 2022

Democracy is a single working woman in the Assembly of France? | International
June 17, 2022

Democracy is a single working woman in the Assembly of France? | International

An armed group kills 19 people in Michoacán during a cockfight
March 28, 2022

An armed group kills 19 people in Michoacán during a cockfight