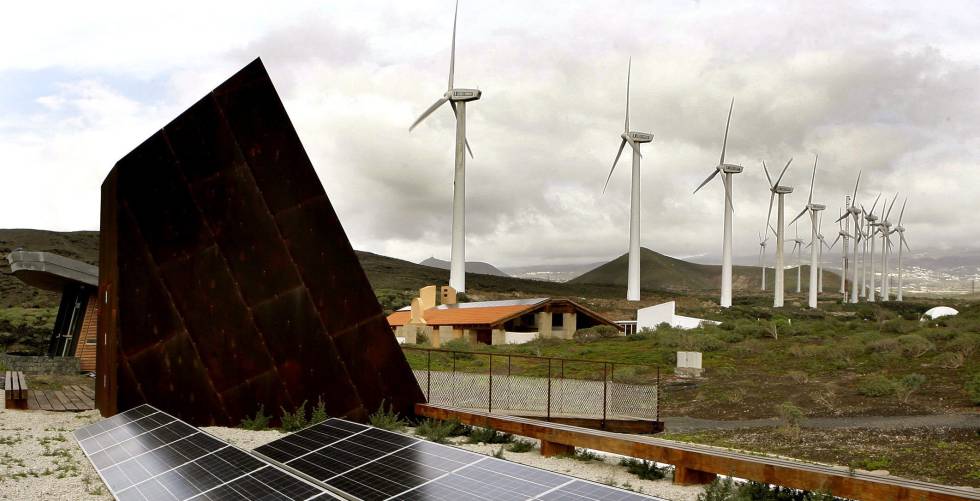 Repsol opens the door for retail investors to take advantage of its knowledge of the energy transition. The oil company will be the adviser to a fund, which Portobello – the owner of companies such as the Supera or Legálitas gyms – has just registered with the CNMV, to invest in projects aimed at reforestation and the decarbonization of the planet. A venture capital fund in which small investors can bet.

The fund is part of Portobello’s deal last year with Indosuez, the private banking arm of Crédit Agricole. In 2019 they created a joint venture vehicle and now extend the alliance to renewables, for which they incorporate Repsol’s manager for social impact funds. This is how it appears in the venture capital company that they have created between the three parties and that the CNMV has just given its approval.

The fund will have a size of around 50 million euros. And the objective is to take “temporary holdings in companies whose corporate purpose and main activity are investment in reforestation projects for the generation of CO2 absorption projects, the sale of CO2 credits on the voluntary market, on land that is identified as suitable for planting forests that absorb CO2, in order to generate CO2 absorption projects that can be marketed”, according to the brochure sent to the CNMV. The investment period will last a maximum of five years and the invested companies will be located in Spain and Portugal.

The investment is rated as high risk, 6 out of 7, according to CNMV standards. Although it is intended to be marketed to Indosuez’s retail clients, the fund has a high barrier to entry. It requires a minimum investment of 100,000 euros, an authorization signed by the investor stating that he understands the risks associated with the investment and that he can assume the losses, which can reach the entire amount invested. The manager will charge a commission of 2.5% per year.

Portobello, which in 2017 raised the largest Spanish venture capital fund, has in recent years turned its strategy beyond the traditional buyout purchases (taking majority stakes financed with debt) of mid-market Spanish firms (around the 100 million euros). In 2020, it launched a fund to take minority stakes, endowed with 350 million, with which it has opted for the AGQ laboratories or the Condis supermarket chain. This commitment to minority investments was complemented by the first vehicle that it launched with Indosuez, which was then focused on betting on SMEs.

The goal now is to launch into a new field, investment in renewables. This at a time of extremely high investor appetite for renewable assets. The incentives of the institutions to support and finance the projects that work towards the energy transition and the low profitability of other traditional financial assets due to the monetary policies deployed by the ECB have put aside huge amounts of money for various types of renewables. Proof of this are large operations carried out in the Spanish market (such as those of Eolia or T Solar) or IPOs. In the documentation sent to the CNMV, Portobello speaks of a five-year annualized return of between 15.9% and 18.9%.

On the Repsol side, this movement is circumscribed in its strategy to launch into renewables to compensate for the weight of oil. At the time, the company has commissioned JP Morgan to find a partner to take 25% of its renewable subsidiary. The idea is to collect some 750 million, with a valuation of around 3,000 million for 100%, to finance the oil company’s plan to grow in the renewable business, with a view to reaching 20 GW in operation before 2030. The idea is to carry out an operation prior to a future IPO.

Salaries: The salary of the boards of listed Spanish companies grew by 13.2% in 2021 | Economy

Hooked on the mobile: this is the life of the ‘uberized’ truckers | Economy

North Korea dismisses Biden’s tour of Asia with the firing of three missiles, one intercontinental | International

Moskva Cruise: Russia hits kyiv and Kharkov after losing its flagship in the Black Sea | International

Referendum: The new Constitution of Tunisia sharpens the division of the country | International
July 27, 2022

Referendum: The new Constitution of Tunisia sharpens the division of the country | International

War in Ukraine: Bloody, exhausting and prolonged: this is how the key battle for Donbas progresses | International
April 29, 2022

War in Ukraine: Bloody, exhausting and prolonged: this is how the key battle for Donbas progresses | International

Chile: The Boric Government resigns itself to its parliamentarians and presents its own project to withdraw pension savings | International
April 14, 2022

Chile: The Boric Government resigns itself to its parliamentarians and presents its own project to withdraw pension savings | International