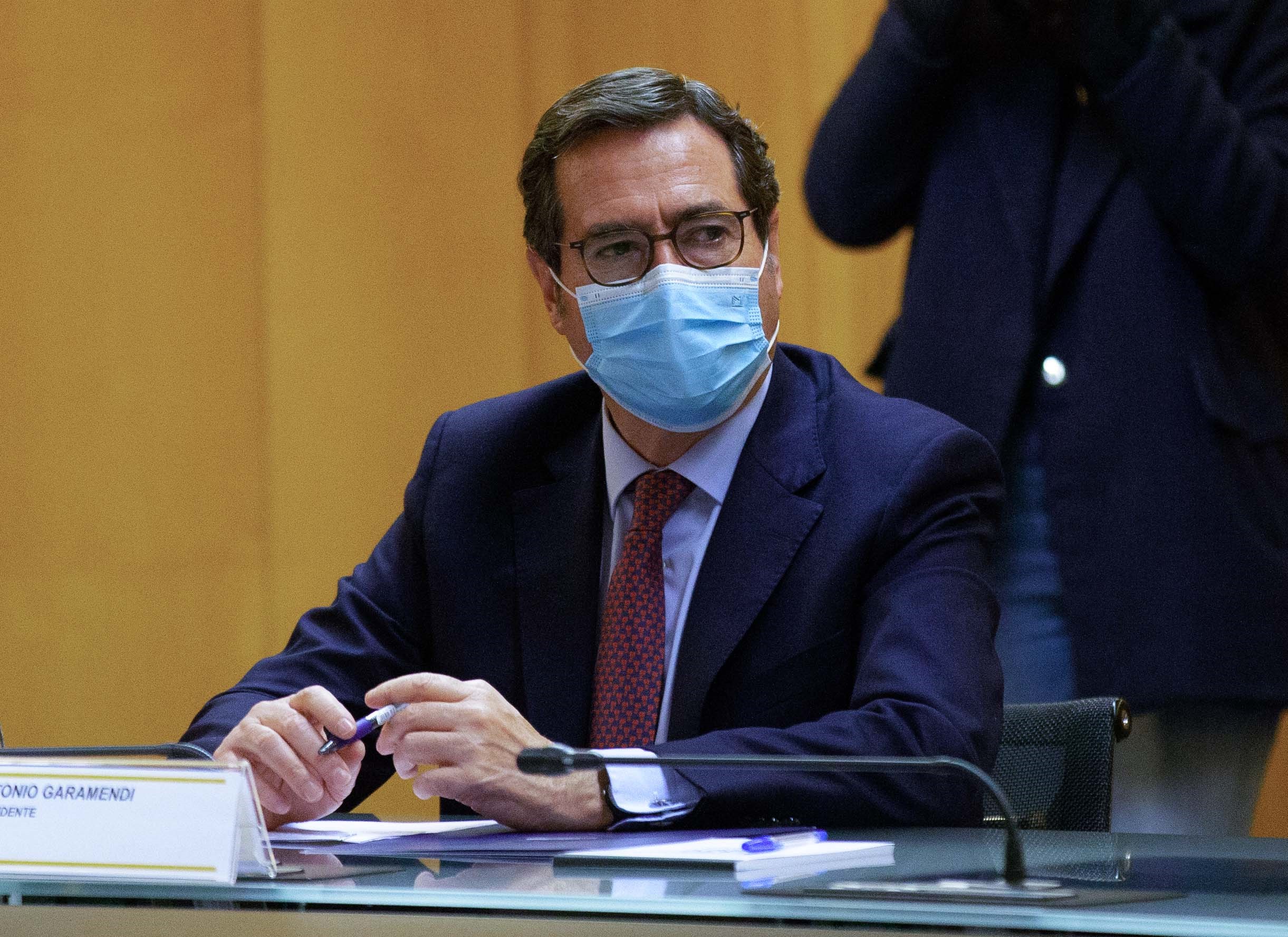 The president of the CEOE employers’ association, Antonio Garamendi, has criticized this Tuesday the Government’s plans to limit the rise in rental prices to a maximum of 2% and has disapproved of the project to prevent dismissals that are justified by the rise of the price of electricity. The highest representative of the employer’s association has also questioned the delay in taking measures and having known them “through the press”. Garamendi has asked to wait to “read the fine print” of the initiatives but has anticipated his rejection of these two key lines of the Executive, which seek to contain the economic impact of the European crisis, inflation and energy prices, because they entail ” intervene the economy in what is the freedom of action and business”.

The head of the CEOE has made this statement after attending a meeting in Zamora with his counterpart in Castilla y León, Santiago Aparicio, and the local president, José María Esbec. “The reality is that we are waiting for the measures today, we are waiting for the measures that the Council of Ministers takes and those that tomorrow [por este miércoles] They will go in the Official State Gazette (BOE), which are the ones that are worth”, Garamendi has exposed, annoyed that the Government has not asked them, something that for him “was necessary” to have collected his contribution, as several politicians have reasoned of various formations that have charged against the Executive for not consulting them in detail about this shock plan.

Beyond the fact that “it was evident that measures had to be taken”, Garamendi has spoken out against the limitation of the rental price, a project that will not require public investment and that will be temporary at least until June. “We have to see the small print and we don’t like, very clearly, capping rents”, he assured, because “it is a way of making that market more rigid and lowering investment in home purchases”. The initiative will differentiate, as on previous occasions, between small and large tenants, but Garamendi has called for respect for “normal people, from the street”, who have “part of their savings or a supplement to a pension” in renting homes. ”. According to the director of the CEOE, “it is very dangerous to start regulating markets that should be free.”

Wait for the publication in the BOE

Antonio Garamendi has also addressed the Minister of Employment, Yolanda Díaz. The department of the second vice president also defends preventing companies that benefit from state aid, provided for in the royal decree that will receive the green light from the Council of Ministers this Tuesday, from being able to do without their workers. If these people are fired, they must return the amount obtained, if the employee takes the case to court, the dismissal could be understood inadmissible, increasing the compensation of the affected person from 20 to 33 days per year worked, or null, reincorporating the person . Labor also denies that companies that allege losses due to the high cost of electricity bills can reduce their workforce. “If the minister thinks it is very good that she cannot be fired, let her set up a company and do it,” Garamendi snapped in a tone very far from that of January, when they agreed on points of the labor reform, which the CEOE endorsed prior to approval in extremis in Congress.

Garamendi, has been incredulous, in the absence of knowing the details of the Decree, because “the Minister of Employment announces that dismissal is prohibited.” This approach to the CEOE does not seem “adequate” because it is not clear to them “if we are in a free market economy” if it acts in this way. The head of the employers’ association has also alluded to one of the key measures established by the Government in the Response Plan to the war in Ukraine. The President of the Government, Pedro Sánchez (PSOE), advanced investments of 16,000 million euros, 6,000 of which will be used as direct aid and tax reductions and another 10,000 in ICO credits (from the Official Credit Institute) to alleviate the impact of the price of energy and that, according to the Vice President and Minister of Economy, Nadia Calviño, will have a grace period of 12 months. Garamendi has called these ideas “surprising” and has insisted on the line of waiting for the final publication of the BOE: “We will have to see what happens with the ICO credits, which come from the European banking regulation and if someone takes advantage of a moratorium on ICOs, the next day, by European standard, you can no longer request another loan because you are in default.

Regarding the carriers’ strike, which is still in force although with less intensity despite the Government’s fuel subsidies and direct aid to companies, Garamendi has appreciated that “possibly the carriers’ approach should have been more direct.” The CEOE has released a statement together with the Spanish Confederation of Small and Medium Enterprises, censoring the Executive’s management in this matter: “It is difficult to understand, as we have reiterated in recent days, that it has not acted more forcefully and quickly against blockades of supplies and in favor of those who cannot maintain their activity because of it”. The letter also calls for “quick, concrete and effective actions” in the face of the “unsustainable” situation in various economic areas.

Cellnex abandons the bid for the towers of Deutsche Telekom | Economy

Mijailo Podoliak, adviser to the President of Ukraine: “To negotiate, Russia must be defeated and withdrawn to the borders of independence” | International
August 8, 2022

Mijailo Podoliak, adviser to the President of Ukraine: “To negotiate, Russia must be defeated and withdrawn to the borders of independence” | International

Revolution and disappointment: the transformation of the 5 Star Movement into an ordinary party | International
2 weeks ago

Revolution and disappointment: the transformation of the 5 Star Movement into an ordinary party | International

At least six dead in a shooting in Sacramento, the capital of California | International
April 3, 2022

At least six dead in a shooting in Sacramento, the capital of California | International

Venezuela: The US says it does not recognize Maduro as president and that the release of prisoners is not an exchange for sanctions | International
March 10, 2022

Venezuela: The US says it does not recognize Maduro as president and that the release of prisoners is not an exchange for sanctions | International

War in Ukraine: Abramovich and two Ukrainian negotiators suffer from a strange intoxication after meeting with Zelensky | International
March 28, 2022

War in Ukraine: Abramovich and two Ukrainian negotiators suffer from a strange intoxication after meeting with Zelensky | International

Nyans: The flight of the Muslim vote reduced the governing chances of the Social Democrats in Sweden | International
1 week ago

Nyans: The flight of the Muslim vote reduced the governing chances of the Social Democrats in Sweden | International

Orbán declares a state of emergency in Hungary due to the war in Ukraine | International
May 24, 2022