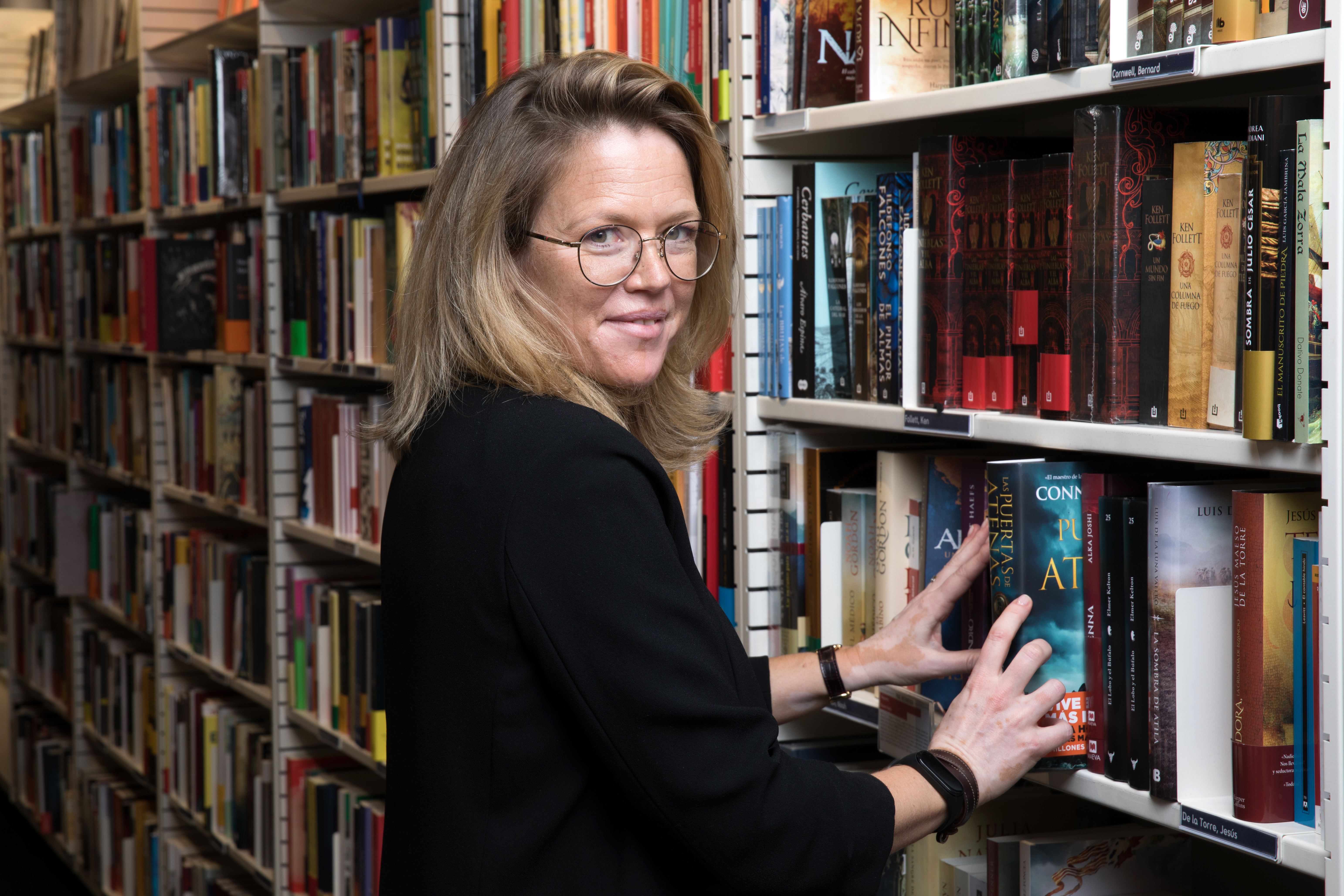 A small shelf houses the CDs that can be bought at the Fnac store on Calle Goya in Madrid. The store opened in 2017 and, although it is specialized in books and technology, the limited space dedicated to these products is a symbol of the transformation of the business since the arrival of the music platforms of streaming. A similar fate has befallen DVDs. “The book part is going very well, it’s strong, but music and cinema are something else,” explains the general director of the French culture and leisure group in Spain, Annabel Chaussat. These are markets with a different pace and trend for the company: “What works best in stores is vinyl, we have incredible growth there,” she says.

The Goya store is one of the models that Fnac is now advocating for growth. This establishment has 900 square meters, compared to the 5,000 meters of the emblematic store on Calle de Preciados in Madrid, opened in 1993. “Our goal is to open two stores a year and the trend, both in Spain and in France, Belgium and Portugal, is to go to smaller spaces. We believe that this is the future: slightly smaller stores, complemented by a powerful sales offer on the web”, explains Chaussat, appointed head of the entire market operation in Spain in March 2021 and who reports to the group’s CEO , Enrique Martinez.

Competing in the age of streaming It is not easy for traditional companies. Changes in consumer habits brought about by technological advances pose a challenge for companies like Fnac and this trend has accelerated during the pandemic. Giants like Amazon control much of the market and have seen their profits grow like foam during the pandemic. Companies whose turnover continues to come mainly from physical sales have been reacting and investing more in digital business. “fnac.es It has grown a lot during the last two years and this will continue like this. Our sales weight on the web is going to continue to grow”, affirms the executive.

In Spain, the turnover during 2020 was 341.7 million, 9.5% less than in the previous year, affected by the closure of its physical stores during the months of confinement and capacity limitations. The subsidiary registered losses of 5.2 million, compared to profits of 1.8 million in 2019, according to data from the commercial registry. But the response from the channel on-line It cushioned the fall. This grew by 59% compared to the previous year, representing 26% of the turnover, close to 90 million euros. The trend is similar in the group as a whole, with an increase in sales on-line 55% in 2020. The objective for 2025, according to the strategic plan until 2025, is that 30% of revenues come from this channel.

The promotion of online sales has been combined with the opening of new physical stores. “People continue to come to the stores, here they are looking for an experience, above all they come to buy books,” explains Chaussat. “We work more and more with authors and artists, to organize events; that can only be found in the store. That is the combination we want to work on: a very powerful website, with more sales, but also opening stores, perhaps smaller ones, like this one, to be closer to the consumer”. The company has a network of 980 stores spread across France, Spain, Portugal, Switzerland, Belgium, Luxembourg, Morocco, Qatar, Ivory Coast, Congo, Cameroon and Tunisia.

After the bump of the worst year of the pandemic, the French group took oxygen in 2021. Consolidated net profit reached 160 million, compared to the million of the previous year, while sales exceeded pre-pandemic levels, with 8,043 million, a 7.4% more than in 2020 and 8.2% more than in 2019. In the Iberian Peninsula, 6.5% more was invoiced, up to 702 million. The company did not detail at the moment, when presenting its results in February, the net result in Spain, where it has some 2,000 employees (1,500 were affected by an ERTE in 2020, but none are currently in this situation).

The comic, and especially the manga, is one of the values ​​on the rise and the young audience it attracts is of interest to Fnac. “We have had a very interesting increase in the book market, especially Japanese literature and comics,” explains Chaussat. “Manga is growing a lot and it has a profile of young clients that we are interested in working with, because we also have video games and technology. That mix of technology and culture I think makes us unique in the market”, she adds.

The purchase of the household goods company Darty in 2016 for 615 million pounds was a strong boost to the French group’s technology offer, which is now called Fnac Darty. “During confinement, we have sold a lot of hardware, both because it was needed for teleworking and for students to follow classes from home,” explains the head of the Spanish subsidiary. “Computers and mobiles above all, and we have also developed many computers for students, with very attractive prices, to work in the cloud,” she explains. Also headsets, task chairs and smartphones they are among the best sellers in technology for the last two years.

The executive assures that Fnac’s greatest advantage is that it does not have any competitor that does exactly the same thing. “There are bookstores, there are shops on-line very powerful, but I think that the mixture of culture and technology makes us attractive, with an open vision of culture, which ranges from the classics of literature to video games”, he adds. Regarding the crisis in the supply chain, he affirms that the company has had occasional problems, especially in technology, but with little impact.

The bank lends its shoulder | Economy

Russia will cut the shipment of gas to Europe through Poland | International
May 12, 2022

Above and below: who counts and who disappears in the UK’s ‘Truss era’ | International
3 weeks ago

Above and below: who counts and who disappears in the UK’s ‘Truss era’ | International

Sri Lankan protesters: “There are no ethnic groups or religions here, we all wanted to kick out the president” | International
July 16, 2022

Sri Lankan protesters: “There are no ethnic groups or religions here, we all wanted to kick out the president” | International

War in Ukraine: Dissent is prohibited: in Transnistria you can only be pro-Russian | International
May 7, 2022

War in Ukraine: Dissent is prohibited: in Transnistria you can only be pro-Russian | International

Russia: Portugal investigates the nationality it granted to Roman Abramovich a year ago | International
March 12, 2022

Russia: Portugal investigates the nationality it granted to Roman Abramovich a year ago | International

Ortega further strains the relationship with Washington by tightening his military exchange with Russia | International
June 11, 2022

Nuclear deal: Four Arab countries close ranks for the first time in Israel in the face of Iran’s challenge | International