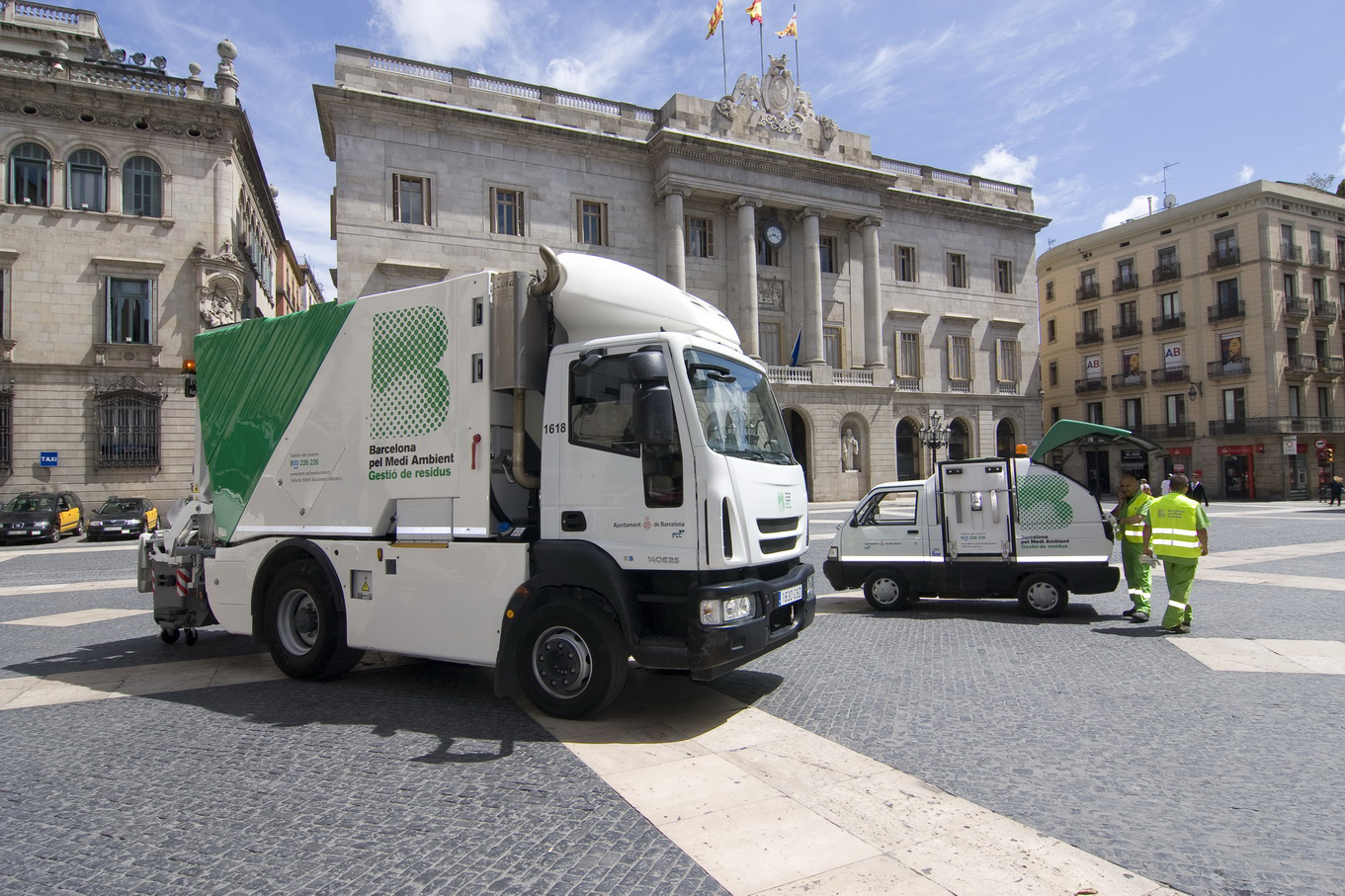 On Christmas day, the 30 FCC garbage collection workers in the Catalan municipality of Salt stood up: there would be no service until the company hired more staff and guaranteed them not to lose purchasing power. The company thought a lot about it. With mountains of rubbish in the streets and thousands of angry neighbors, the City Council gave them an ultimatum. Either it was over immediately or they would hire someone from outside. And what the company’s negotiators hadn’t done in the previous 20 days, they fixed in one. The staff ended up signing a five-year agreement that includes improvements in all their demands. End of story.

Although not so fast, the current FCC has changed. It is no longer the company that businessman Carlos Slim arrived at as a reference shareholder in 2014. The multinational had fallen into the temptation of contracting for the sake of contracting and making very expensive purchases. He had to endure major crises. Still in 2018, the Mexican had to remind his managers that offers should not be made without an economic sense. “Let’s not think that a miracle can suddenly occur that allows income to arrive,” he ironically at a visibly angry shareholders’ meeting. The losses ceased, the debt, which in some years ate 80% of the operating result in financial expenses, fell to controllable levels. The dividend returned.

At the same time, the composition of the business changed: FCC focused on what they call environmental services (garbage collection) and water management. Both businesses represent 75% of the operating profit, which totaled 1,127 million in 2021. Along the way to this transformation they lost feathers, such as leaving the Ibex 35, giving up further growth or selling part of strategic businesses, such as a portion of Aqualia . Today, as Rafael Fernández de Heredia, an analyst at GVC Gaesco, recalls, “the company has nothing to do with what it used to be. It is financially restructured, focused on profitability rather than size, which was its problem in the past.”

But FCC continues without losing sight of the real estate sector. Its subsidiary in the sector grabbed economic headlines this week for announcing an offer for 24% of Metrovacesa, a step that will mean the group disbursing up to 283 million euros if the operation is completed. Slim uses FCC in this way to try to get more brick in Spain, but it will not be so easy. The offer by the Mexican, who already has 5.4% of Metrovacesa, involves paying 7.80 euros per share, which means valuing the company at half of what its assets are nominally appraised, discounting the debt. It is true that it offers 20% more than what the shares were trading for last Tuesday, the day before the takeover bid, but in these times many companies suffer from market hardships.

The analysts consulted believe that the price is a bad business card if the businessman wants to convince the promoter’s shareholders (Banco Santander has 49.5% and BBVA 20.9%, while another 29.6% is capital floating). The bank directed by Ana Botín has its participation accounted for at 14.40 euros per title, while BBVA has it valued at 8.20, both below the FCC offer. “Slim is an expert in launching takeover bids and he doesn’t care if he doesn’t succeed,” says a market analyst. All in all, it is a movement that adds to the one made last October, when FCC acquired 13% of Realia for 84 million euros. That gave the group a controlling stake thanks to the shares it already owned (which totaled 50.1%) and was added to another operation, the purchase of Jezzine Uno, a rental property subsidiary that, among other things, has 406 offices. leased to Caixabank.

For its part, Metrovacesa, Heir to the land and failed promotions that the banks took after the real estate bubble, it has assets valued at 2,525 million, 79% is residential land and 21% commercial. So it has the capacity to build more than 34,000 homes and expects annual growth in sales to reach billings between 600 and 850 million euros, from real estate development and the sale of land, according to the company’s accounts. All these movements separately could have as their ultimate goal a three-way merger (FCC Inmobiliaria, Realia and Metrovacesa) to build a large developer that, at the same time, would have an important branch of rental assets to compensate for the cyclical risks of the sector, several analysts consulted believe. Samuel Población, from CBRE, recalls that the trend towards a greater concentration of developers and investors in the real estate sector “has been a reality for two or three years and will continue in the coming years. We will see new corporate operations and large capital inflows in listed companies”.

Apart from that, the experts who follow the price (Bankinter, Sabadell, Intermoney, Société Générale and GVC Gaesco) think after the presentation of 2021 results that the group is below its real price. “Given FCC’s diverse asset base, we believe that a sum-of-the-parts approach is the best way to value the company,” analyst Víctor Acitores of Société Générale estimated in a note ahead of the transaction announced on Wednesday. “The water, environmental services and real estate rental businesses provide recurring income with good visibility, given long-term contracts and high renewal rates, while the construction and cement businesses expose the group to the cycle.”

Sanctions: Putin threatens to freeze assets of companies that have suspended operations in Russia | Economy

Repsol describes as “unfounded” the demand of the Peruvian regulator asking for 4,500 million dollars for the spill in January | Economy

Tension in the south, a proposal for amnesty and an environmental agenda: Gabriel Boric’s start in Chile | International
March 23, 2022

Tension in the south, a proposal for amnesty and an environmental agenda: Gabriel Boric’s start in Chile | International

A US judge considers it “likely” that Trump committed serious crimes in the attack on Capitol Hill | International
March 29, 2022

Maduro rehearses the mirage of a ‘perestroika’ | International
April 16, 2022

The old guard of the Republican Party pays tribute to Gorbachev and his courage to change the world | International
August 31, 2022

Petro seeks to rebuild relations with Spain after a last tense stage with Duque
August 24, 2022

Sichuan: An earthquake leaves at least 65 dead in China | International
4 weeks ago

Sichuan: An earthquake leaves at least 65 dead in China | International