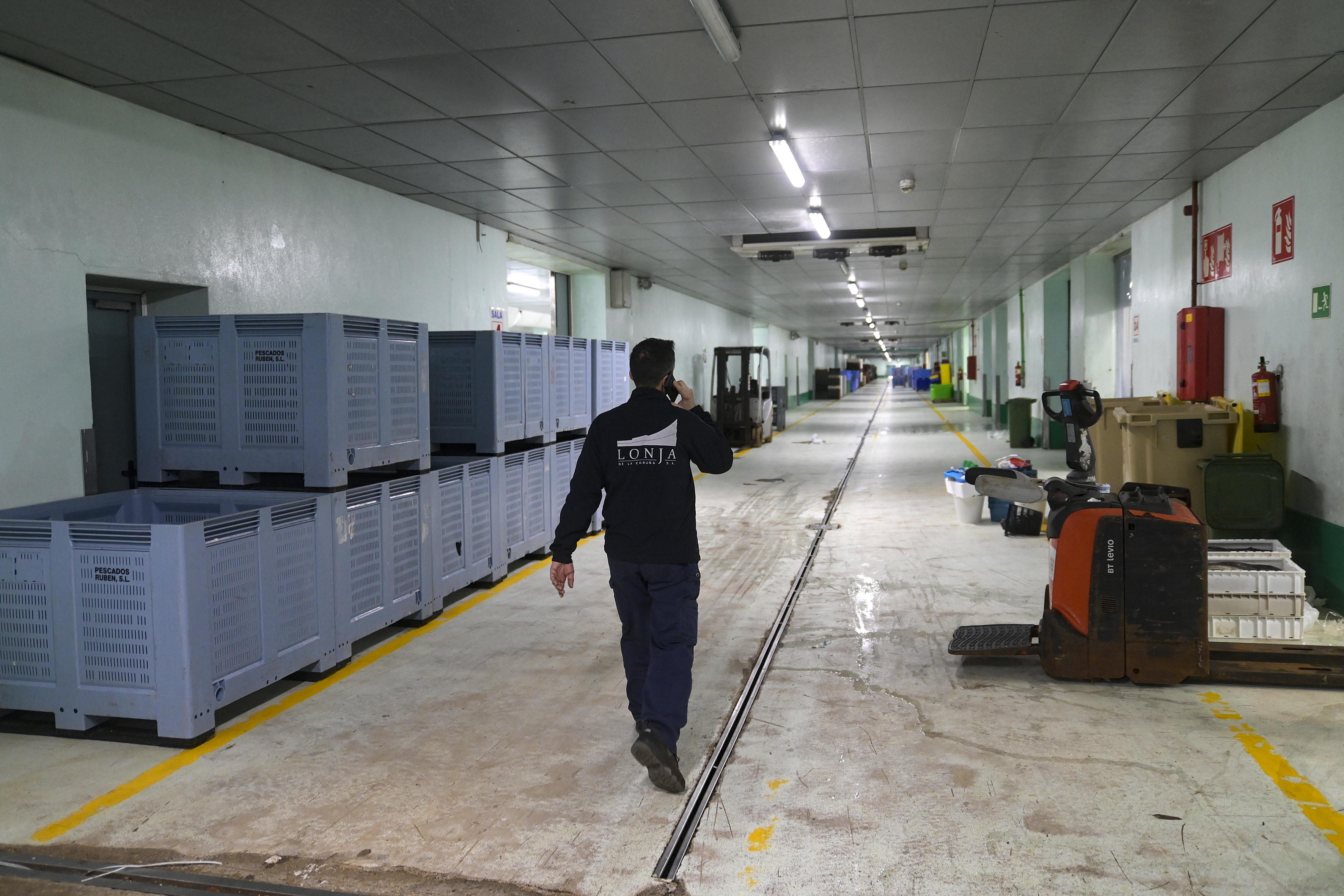 The transport strike is being felt downstream and is already affecting restaurants across the country. “Mainly problems are beginning to be noticed in fresh products, with fish at the head, dairy products, meats, fruits and vegetables,” they say in Hospitality of Spain, a federation that represents 300,000 companies in the sector. Its associates from Castilla y León and Valencia add that they are having difficulties obtaining some perishable products, such as flour. And everywhere they have looked for substitutes for sunflower oil, affected by the war in Ukraine, for fried foods. The only community that until yesterday said they had no problems is the Canary Islands.

Francisco Martínez, president of the Rioja hoteliers, does not take long to explode: “I don’t understand that enough is not said… In what country do we live! Do not arrive sea bream, sole, viceroys to restaurants; Estrella Galicia hasn’t been distributed here for a week, to say just one of many brands, and if we add to that the indiscriminate increases in everything, it’s unsustainable. A lot of companies are going to fall.” He is very critical of the Government, whom he accuses of impassivity for waiting to announce the measures on the 29th -although in the end the pressure has caused the Minister of Transport, Raquel Sánchez, to advance the call to meet with the sector to this Thursday—and remember that in your community the hotel industry invoices 25% below the year before the pandemic with much narrower margins.

Entrepreneurs do what they can. In Pescaderías Coruñesas, a group with five restaurants in Madrid and a fish distributor that receives between seven and eight tons of product daily from all ports in the country, they have not yet quantified the losses. “We are having daily limitations, today we don’t know what changes we will make tomorrow. Some species are missing, for now we are saving it as best we can, explaining to customers what is happening,” a spokesman says by phone. The Trocadero group, with seven restaurants spread over several coastal locations, such as Sotogrande (Cádiz), Marbella or Benalmádena (both in Malaga), explains that in its case the difficulties are “at all levels”, both in fresh and dry product , in the words of Aldo Hernández-Gil, its director of marketing. And he adds that the problem is reaching local dealers who are running out of stock. The same thing happens, especially in Andalusia, to the Healthy Poke restaurant chain, which has around thirty stores in Spain. “We have had to make some occasional purchases of fresh produce in the retail channel to be able to operate normally. In the last few days, we started to notice the impact on the beverage supply. If the situation is not resolved soon, we could break stock in some reference.

“We are without clams, lampreys, cockles, sole, red mullet, baby squid, razor shells… products that come to us from our suppliers in Galicia”, they repeat from the Bulbiza group, with several restaurants in Madrid, one of them only dedicated to fish. Meanwhile, there are calls for calm to avoid stockpiling products. In the capital, the deputy mayor, Begoña Villacís, assured this Wednesday that Mercamadrid’s supply of fresh products “is absolutely guaranteed”, and estimated the entry of merchandise at 87% this Wednesday, a “better” percentage than in recent days.

The protests in various parts of Barcelona did not prevent the activity of Mercabarna either, which maintains its supply 20% below the daily average. In essence, what is missing are vegetables from the south of Spain (peppers, aubergines or courgettes) and seasonal fruit, such as strawberries from Huelva. In fish, the reception of merchandise is 30% below the usual, since several adverse circumstances have come together: the transporters’ strike, the mooring of the fleet in various coastal points, the closures on the Catalan coasts and bad weather at sea. Mercabarna assures that, although some specific foods may be missing, “there will be no shortages” thanks to the import of products from other countries. Carlos Allué, chef of the Varela group, with several restaurants in the Catalan capital, considers that if the conflict does not take another direction “in the short term it will be quite worrying”. The lack of certain products, such as Galician cockles, forces them to stray from the script to “improvise or go jumping directly on the menu. If we add to this the fact that there is little general supply of both food and wine products, and the situation in general fuels the strike, as in this case, the truth is that the map is becoming very complicated”.

In Andalusia the situation is worse, as the president of Mercacórdoba, Antonio Álvarez, told EFE on Wednesday. Although the pickets have not prevented the entry of trucks, the supply of fish is about 35% of what they usually receive. In general, although with fewer products, the country’s fishmongers continue to be supplied, according to data from Fedepesca, which represents 7,000 retail establishments.

Great salary from ONCE, check the result of today’s draw, Saturday, October 1, 2022
60 mins ago

Gorbachev, the last leader of the Soviet Union, dies at 91 | International
August 30, 2022

Gorbachev, the last leader of the Soviet Union, dies at 91 | International

Cristina Kirchner reappears after the failed attack: “I am alive for God and the Virgin”
2 weeks ago

Cristina Kirchner reappears after the failed attack: “I am alive for God and the Virgin”

Brazil: Congressman Silveira, the undisciplined police officer who embodies the pulse between Bolsonarism and the Supreme Court | International
April 15, 2022

Brazil: Congressman Silveira, the undisciplined police officer who embodies the pulse between Bolsonarism and the Supreme Court | International

Elections in Sweden: The Swedish extreme right smacks of power | International
3 weeks ago

Eduardo Belliboni: “There are people in Argentina who do not have the right to eat”
May 26, 2022

Eduardo Belliboni: “There are people in Argentina who do not have the right to eat”

France opens the way to seize the assets of the oligarchs loyal to Putin | International
July 27, 2022

Biden travels to Seoul and Tokyo to call for cooperation between open societies on China | International
May 20, 2022