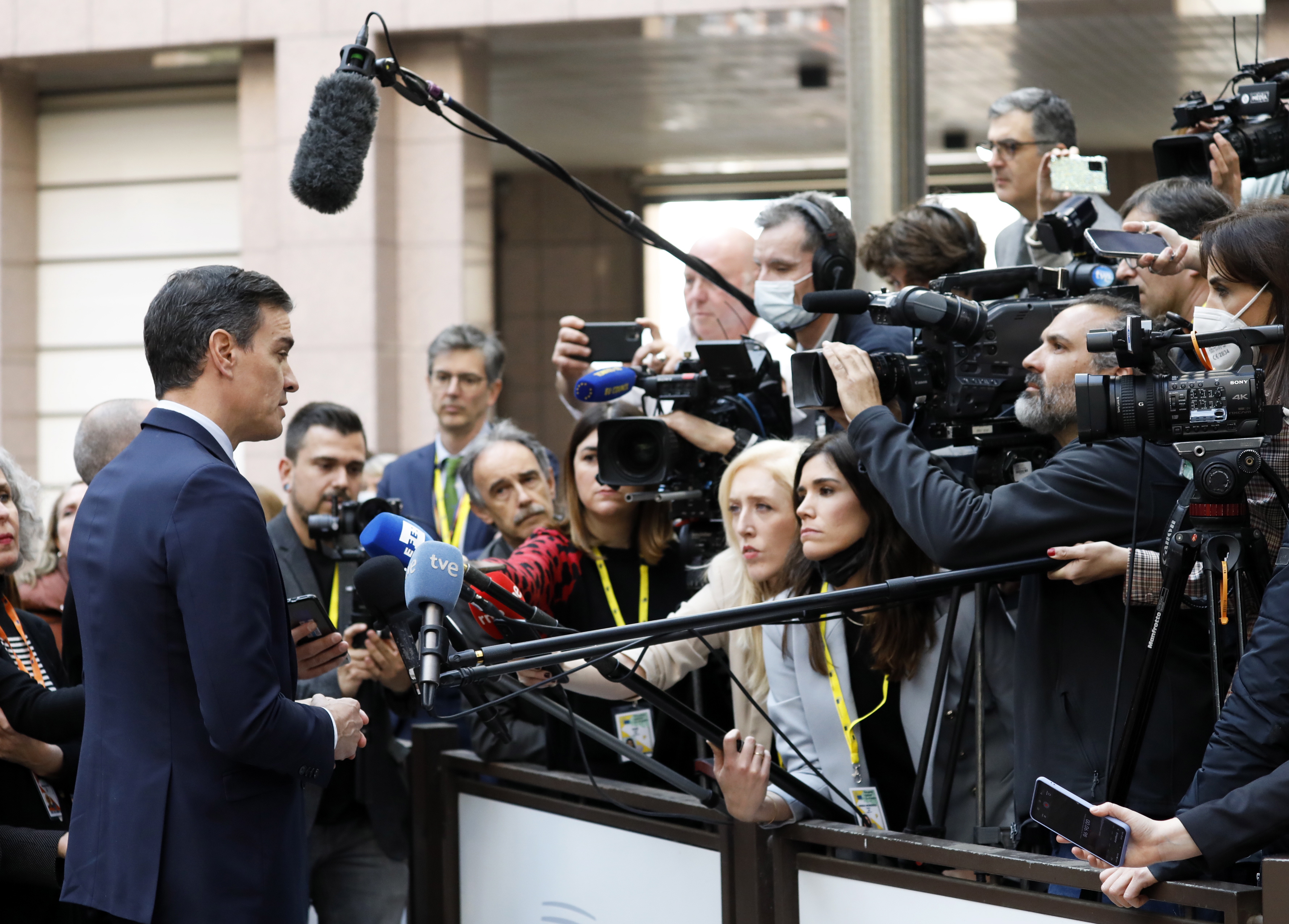 Pedro Sánchez is looking for a way out to try to get the European Union to allow him to decouple the price of gas from that of electricity in Spain, avoiding the resistance of the toughest countries, especially the Netherlands and Germany. The president is going to try to save the decisive summit on energy with a very clear request, in view of the fact that reaching an agreement that can be applied in all the countries of the EU at the moment seems almost impossible: that the Twenty-seven allow Spain and Portugal, the two countries of the Iberian Peninsula, act as an “energy island” —there are hardly any interconnections with the others, contrary to what happens in most EU countries— and apply different formulas to the others without breaking the common energy market.

A kind of temporary Iberian exception with the justification of that isolation. Sánchez explained it very clearly to the press at the entrance to the Brussels summit: “Now it is important to have a formula that is adapted to the geographical reality of the Iberian Peninsula. Spain and Portugal are practically isolated from the rest, we have some interconnections that do not reach 2.8%. These peculiarities harm us, because we are isolated, but all the common norms apply to us. That is why we propose a solution for the Iberian Peninsula”, assured the president.

After an intense European tour, and receiving criticism from some countries such as the Netherlands that accuse him of being “interventionist”, Sánchez is already very clear that in this meeting he will not be able to achieve a consensus so that the entire EU can change the electricity market and decouple the price of gas than that of electricity.

This is something that affects everyone. Gas, triggered by the war in Ukraine, pushes up the price of electricity despite the fact that much of it is generated without gas. But it is especially serious in the case of Spain, which only has 15% of electricity generated from gas (combined cycle plants) and, however, sets the price of everything, including that generated with renewable energy. or nuclear, much cheaper. It is a mismatch that Sánchez and other countries demand to change. But there is no consensus for this summit, so the president is looking for a way out with a similar effect with the Iberian exceptionality.

Now we have to see if Spain and Portugal achieve that goal. “We want a solution for everyone, and we have the support of countries like Italy or Greece and others, but since this may take a few weeks, we are currently proposing a solution for the Iberian Peninsula without violating the common energy market or calling into question European policy. . We are seeing great progress for this summit, there is a proposal for the joint purchase of gas, there is talk of capping prices, of eliminating profits from heaven [las ganancias que reciben algunos productores por generar electricidad de fuentes más baratas y venderla a los precios que marcan las tecnologías más caras]. When we talked about this months ago in Spain they called us interventionists. There are many proposals on the table”, pointed out Sánchez, who will try until the end to start a European pact on energy, but in the worst case he will force the machine to achieve that Iberian exception. The summit will end in principle this Friday and the result will be seen there.

In any case, the president is preparing a package of measures for next Tuesday that should lower the price of energy and give aid to those most affected. But he would do it with much more force if at the summit he achieved a real margin to decouple the price of gas and electricity. The Government has already turned its strategy in Spain around and is negotiating this Thursday without a deadline, as Sánchez recalled, to stop the transporters’ strike that is harming many sectors and that the president and his team need to resolve today.

Spain and Germany decree energy saving: differences and similarities of the restrictions | Economy

Putin increases the pressure on Ukraine and warns that the negotiations will go on for a long time | International
March 8, 2022

Orbán declares a state of emergency in Hungary due to the war in Ukraine | International
May 24, 2022

A secret dinner fuels rumors of the implosion of the French Socialist Party before the elections | International
April 7, 2022

Jaroslaw Kaczynski: “It is inadmissible to subsidize Russia with multi-million dollar payments for the purchase of energy” | International
April 4, 2022

Jaroslaw Kaczynski: “It is inadmissible to subsidize Russia with multi-million dollar payments for the purchase of energy” | International

Brazil Elections: The fierce electoral battle in Brazil’s social networks: from cute videos to falsehoods and memes | International
2 weeks ago