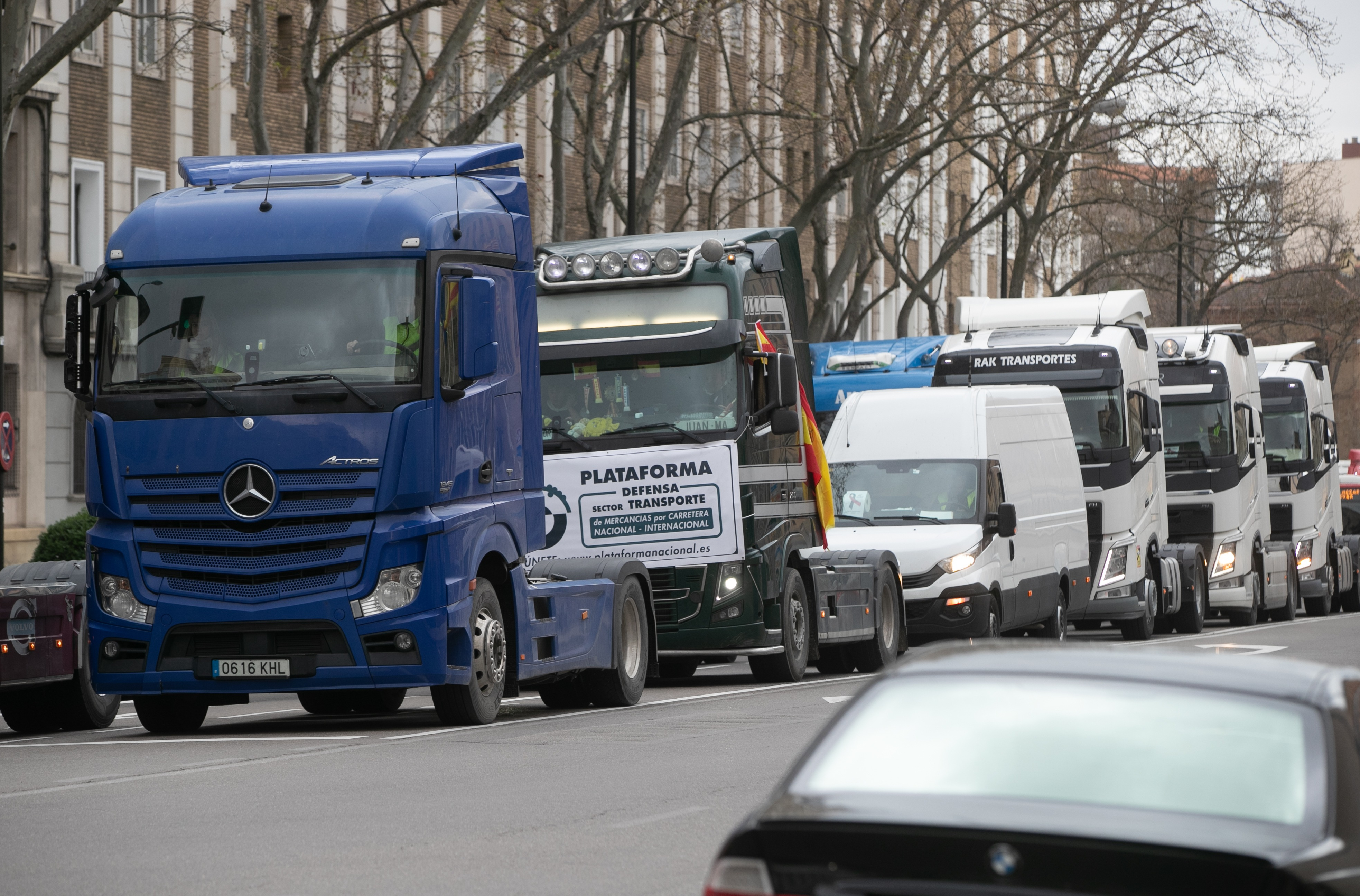 The permissiveness of some municipalities with the mobilizations called by the minority Platform in Defense of the Transport Sector has caused enormous discomfort in the Civil Guard, responsible for avoiding the blocking of roads, according to sources from the armed institute. The criticism focuses on the city councils of Córdoba and Zaragoza, both governed by the PP, which this Monday have allowed the entry of dozens of tractor units into urban centers causing serious traffic problems for hours in both cities. Last week there was already a similar case in the city of Malaga, when 250 trucks toured the city center accompanied by the Local Police without prior communication to the Government sub-delegation.

The most striking case, however, was that of Córdoba on Monday, where the protesters had communicated to the Subdelegation their intention that the caravan of vehicles enter the city, although it had disavowed it for having been informed with very few hours in advance. Despite this, the government team of the popular José María Bellido has ended up facilitating the entry of truckers into the urban nucleus, for which it has deployed the Municipal Police.

The City Council’s Mobility delegate, Miguel Ángel Torrico, detailed this Monday that he had received a call from the spokesman for the truckers’ platform, in which he announced what the caravan’s route through the center of the city was going to be. Torrico has assured that he fully shared “their fair, necessary and understandable demands”, for which “the Local Police have been informed so that the tour of various roads in the city causes the least possible traffic disruption to the people of Cordoba in the routine daily”. Moments before, the first deputy mayor, Isabel Albás, also launched a message of support for the carriers because considering that the situation they are going through due to the rise in the price of hydrocarbons “is being very complicated.”

In Zaragoza, the organizers of the mobilization did not notify the Government Delegation of their intention to demonstrate in the urban area, despite which nearly 150 tractor units entered the center until they reached the Plaza de Paraíso after having circulated through some of the the polygons that surround the Aragonese capital. According to police sources, the conveners assured the Civil Guard, who guarded the demonstration along the interurban roads, that they were going to circulate until a roundabout at the entrance to the Aragonese capital and there they would turn around. However, the Local Police were at the scene, who accompanied their vehicles at their entrance to the city center. The sources consulted point out that the truckers plan to demonstrate again in the center of Zaragoza this Tuesday, although there is no record of their communication to the government delegation.

As reported by the Ministry on Monday, since the carrier strikes began until 8 a.m. on Monday, the National Police and the Civil Guard have arrested 44 people and another 377 have been reported. In these days, the security forces have escorted 1,893 convoys of trucks with essential goods.

The City Council of Granada, of the PSOE, has today prevented the caravan of tractors and trucks from entering the city by issuing a specific decree for this week and appealing to environmental reasons. Raquel Ruz, Councilor for Citizen Protection and Mobility, has issued a rule that restricts the circulation of “vehicles of more than 3,500 kilos, tractor heads of trucks and special vehicles” on urban roads “for environmental reasons”. The rule is applicable from Monday 21 to Friday 25 March exclusively and exempts previously authorized vehicles and those that transport material to works in progress.

Thus, the caravan of tractors and trucks could not enter the city first thing in the morning and was diverted to Mercagranada, on the outskirts of the city, where there has been a lot of traffic jam throughout the morning. The slow march that still continues is the one that the truck drivers from Jaén have started along the Andalusia highway to Despeñaperros. There are around 700 heavy vehicles that have the A-4 blocked.

With information from Javier Arroyo and Gines Donaire

Campaign 2021: Know all the news of the income campaign to fine-tune the declaration | Business

Gasoline and diesel exceed 1.8 euros per liter for the first time after skyrocketing in the last week | Economy

The price of gasoline, food and rents trigger inflation in the US to 7.9%, the highest rate in four decades | Economy

Refugees from Afghanistan in Spain: “My body is in Salamanca, but my head is still in Kabul” | International
August 7, 2022

Refugees from Afghanistan in Spain: “My body is in Salamanca, but my head is still in Kabul” | International

The border heats up days before López Obrador’s visit to Biden
July 8, 2022

The Prosecutor’s Office asks for 12 years in prison and lifelong disqualification for Cristina Kirchner for alleged corruption
August 22, 2022

War in Ukraine: Russia launches fierce attacks in Lugansk and bombs a school where dozens of people were sheltering | International
May 8, 2022

Luigi Di Maio will leave the 5 Star Movement and cause a major split | International
June 21, 2022

The battle for the end of the world: Australia, the US and China compete for influence over the islands of the South Pacific | International
May 27, 2022

The battle for the end of the world: Australia, the US and China compete for influence over the islands of the South Pacific | International

Biden reaffirms in Israel the “unwavering commitment” to its security | International
July 13, 2022

Biden reaffirms in Israel the “unwavering commitment” to its security | International