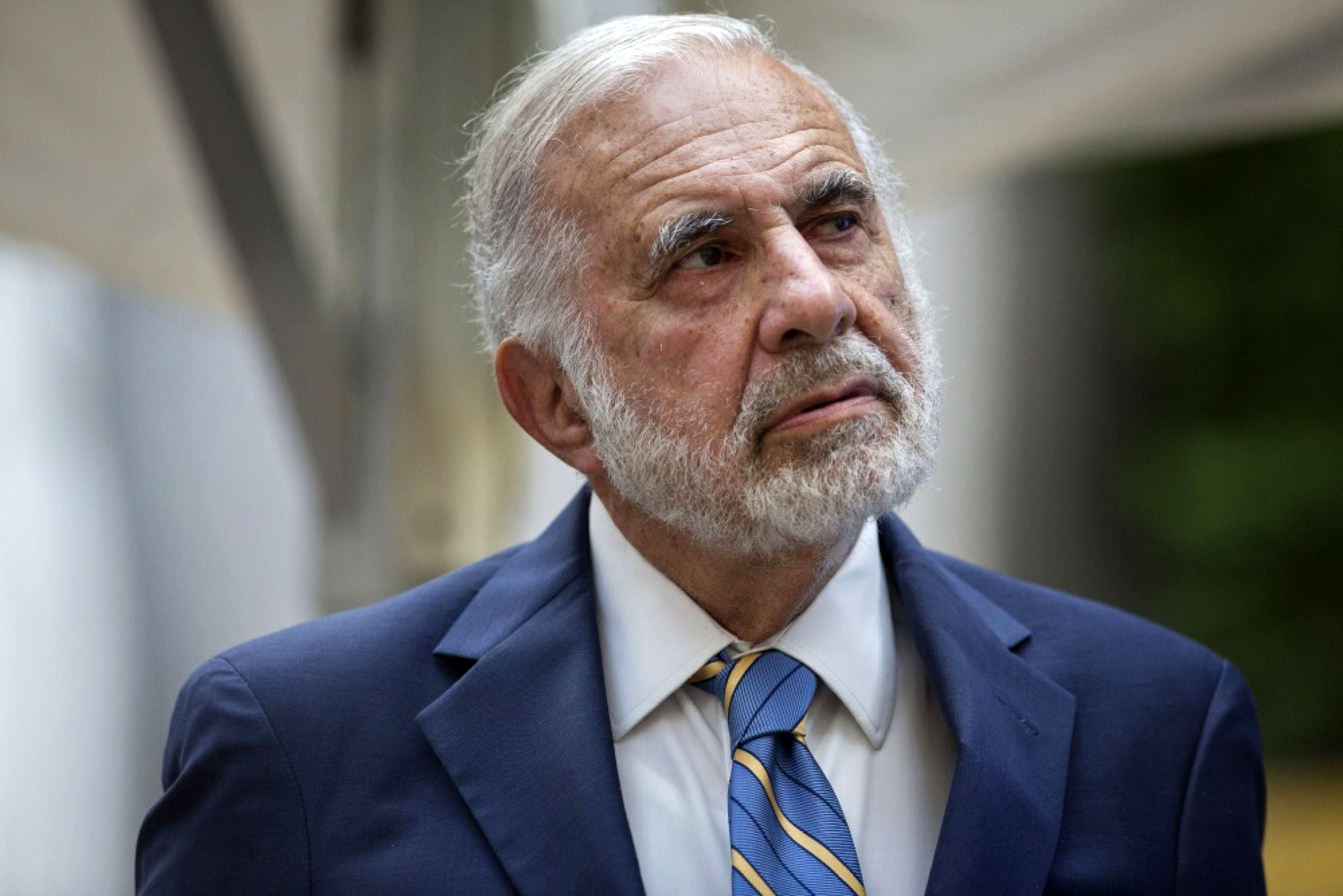 In his offices on New York’s Fifth Avenue, millionaire investor Carl Icahn has an oil painting of Napoleon’s battle in Friedland hanging. It is an image painted by Ernest Meissonier of the victory of the French troops against the Russians, a decisive victory for the Bonapartist empire. One of the most feared sharks on Wall Street, the man who has bankrupted and revived companies, who counts dozens of CEOs among his victims and who has amassed immense wealth with the arts of intrigue on boards of directors, reflects in front of the scene. “Napoleon was a great strategist, no doubt, but he lost everything because of his arrogance. Not everything lasts forever if you’re not careful,” says Icahn in a recently released documentary.

Carl Icahn: The Restless Billionaire (The Restless Millionaire, broadcast on HBO) is a portrait of one of the most powerful and feared men in the United States markets. In the documentary, the investor rejects the label of “corporate invader” with which the specialized media made him famous since the 1980s. With a fortune of around 16,000 million dollars, Icahn prefers the term “activist investor”, someone willing to work in favor of the interests of small shareholders. His job is to promote the necessary changes, however painful they may be, in business leaders to increase the value of companies. Thanks to this strategy, implemented since the 2000s, it is how he has sneaked into the 50 richest people in the world on the Forbes list (he is number 43). His company employs more than 20,000 people with earnings of about $10 billion a year.

Documentary filmmaker Bruce David Klein makes it clear that Icahn (New York, 1936) has never feared confrontation within a board of directors, the millionaire’s battlefield for decades. At the origins of his story is the revolt of Tappan, a kitchen appliance manufacturing company, in the late 1970s. The son of a school teacher and a religious Jew, the student with truncated medical studies and a successful stint as an expert options broker, Icahn maneuvered a strategy to remove the CEO of Tappan, who was fine-tuning the purchase of a rival . The bellicose shareholder called the deal a disaster and convinced board members that the share price, at about $7, was well below its potential. Time proved him right, when the Swedish Electrolux bought Tappan a few months later at about 18 dollars per share.

At 86, Icahn is far from retirement. His days begin with several hours of perusing the newspaper. Cameras capture him playing tennis at his mansion in the Hamptons, on America’s exclusive east coast, but whenever he sits in the documentary he has a multi-line phone next to him. His wife, Gail Golden, describes him as a “bulldog” who won’t stop until he gets what he wants. He prefers to sum up his vision with one word spoken in his thick Queens accent: win. A philosophy that links him to Donald Trump, to whom the millionaire served as a special adviser during his presidency until mid-2017.

The press continues to be informed in detail of his most recent movements. This week he left his position in the Occidental oil company after three years of investment, which left him with about 1,000 million dollars in profits. A few days ago he also started his penultimate battle by breaking into McDonald’s. The financier bought 200 shares in the hamburger chain and has proposed two candidates who are experts in sustainability for the board. Icahn has set himself the goal of demanding that the restaurant giant honor a commitment made a decade ago, when he promised that he would sever ties with large pig farms that abused pregnant animals. How successful he will be in this endeavor remains to be seen. McDonald’s has seen its share price grow 18% in the past year. His situation is far from the troubled waters where the companies that the pirate Icahn usually board sail.

A life dedicated to investments has taken him to multiple industries and companies as diverse as Hertz, Netflix, EBay, the Texaco oil companies, the Uniroyal rubber company, the Caesars and Tropicana casinos, as well as the MGM and Lions Gate studios, among many others. He has never been without controversy. In the mid-1980s he was able to test the advice he kept for others when he became the president of TWA airlines. The experience was one of his most bitter failures, where he had the stewardess union as an adversary of the company, which declared bankruptcy in 1992.

Another episode of failure was his time at Marvel, one of the most recognized brands in the world today. Icahn had a tense fight for control of the company with Ronald Perelman, another Wall Street shark who also earned a reputation as a corporate raider after turning the fortunes of cosmetics giant Revlon. Perelman bought Marvel, which had 70% of the market in 1989, for $82 million. Managing him was catastrophic. Investors’ clashing egos led to a series of cutbacks that led to artists and writers being laid off, watering down the quality of the comics and causing fans to turn their backs on it. In 1996 the company occupied only 25% of the market and had to declare bankruptcy at the end of that year. “The only thing Icahn achieved was a toxic exchange of insults [con Perelman]”, points out the journalist Dan Raviv in his book comic wars. Years later, Marvel would star in one of the most successful comebacks in decades.

His closeness to Donald Trump has added controversy in his most recent years. Federal authorities launched an investigation in 2019 to determine whether Icahn had benefited from privileged information after his role as White House adviser (for which he did not receive any salary). His signing sold $30 million in shares of Manitowoc, a manufacturer of construction cranes, in early 2018. The operation was done months before the Trump Administration imposed tariffs on foreign steel. Icahn rejected the accusations. At one point in the documentary, the millionaire explains to the camera what many consider a stroke of luck in the game of capitalism. “Frankly, I have made so many millions because the system is so bad. Not because he’s a genius.”

Plytix: A ‘software’ that makes SMEs grow on the web | Business

Great salary from ONCE, check the result of today’s draw, Saturday, October 1, 2022
57 mins ago

Survivors of the largest raid against Jews in France: “We hope that young people will remember history” | International

Serbia and Kosovo reach an agreement to resolve their conflict over the tuition crisis | International
August 27, 2022

Chile enters fully into the debate on what to do if the new Constitution is rejected
July 22, 2022

Ukraine denounces the blackout of a reactor at the Zaporizhia nuclear power plant due to a Russian bombardment | International
September 1, 2022

Chile: Álvaro Elizalde: “In a broad sense, Gabriel Boric is a socialist” | International

“Not even God knows why they bomb us” | International

At least five dead and 50 injured in a demonstration against the UN mission in Congo | International
July 26, 2022

Video analysis | The new generation of leaders who wants to turn the page in Chile | International
March 12, 2022