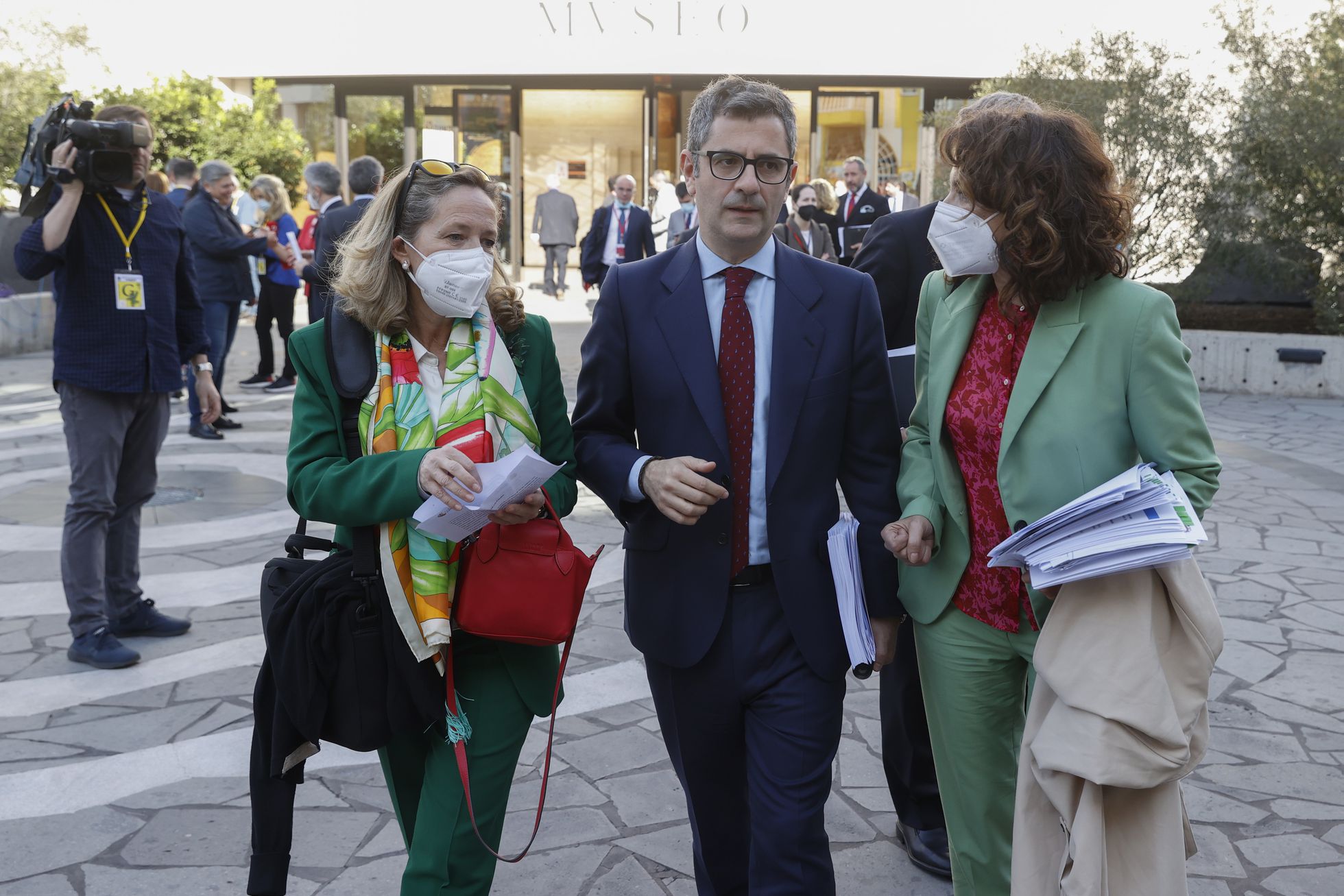 This week a European Council of great importance is expected on the 24th and 25th and, as a prelude, the International Energy Agency (IEA) is holding a meeting in Paris of similar or, if possible, greater importance given that it already involves the entire planet and not just Europe. With the presence of the American leader, Joe Biden, for the Old Continent, in both cases the repercussion of the crisis generated by the invasion of Ukraine by Russia on energy prices and inflation appears as a backdrop. The countries of the European Union (EU) will try to agree on issues that they consider vital and enable proposals to stop Vladimir Putin.

Everything remains to be seen and not all countries start from uniform positions, although the prolongation of the war leads to an agreement. Already on Friday, the permanent representatives of the member countries met to bring their positions closer together. While the northern countries have been reluctant to punish energy purchases, since they depend heavily on Russian supplies; those from the south, less dependent, are more inclined to work. This dichotomy raises an intense debate in which, probably, some extraordinary measures will be adopted in the short term, of a temporary nature, to then leave open the preparation of a more in-depth reform in the medium and long term in which it is possible to channel a new pricing system as requested by companies to maintain industrial activity and employment. In addition to suspending the purchase of Russian gas and oil, measures such as forever modifying the disputed marginal market (as proposed by Spain), decoupling the price of fossil fuels from the setting of electricity prices, the possibility of establishing a price single, limit the market and/or remove the combined cycles from the pool.

Spain has tried to convince its partners that it makes little sense for a minority energy to set the price of all the others. The economic efficiency of the marginalist system has been called into question in this crisis after having quite radically changed the mix energy that was established at a time when it was very different from the current one, in which renewable technologies have entered massively and others such as coal and renewable cycles, which are powered by gas, have disappeared or have been reduced, energy that has driven the price of electricity in recent months. Meanwhile, the Prime Minister, Pedro Sanchez, has actively and passively underlined that, if there is no understanding in Europe, it will unilaterally take measures to reduce the price of electricity, as well as gas and fuels. For this purpose, the Executive pursues the maximum consensus with the autonomous communities, the social agents and the rest of the political groups. In this sense, it has already negotiated with the main opposition party, the PP, which despite agreeing has taken the opportunity to criticize the fact that it is late in making unconstructive statements.

For now, the Government has announced that the package of measures will include tax cuts and direct aid to the population, especially the most vulnerable. In this sense, it is expected that the VAT on fuels will be reduced from 21% to 10% and the Hydrocarbons tax, as was already done with electricity taxes, which have been extended and could even be reduced even more. In any case, the cuts would have to be approved by Brussels. The Minister of Finance, Maria Jesus Montero, has stressed that in any case they must be accompanied by the establishment of a price cap. He has transpired, in this regard, that a maximum price of 180 euros per megawatt / hour (MWh) and a fund to compensate gas companies will be set for electricity. Said the Portuguese minister of the branch, João Matos Fernandes (It is already known that in energy matters the Iberian Peninsula functions as a single country); but they are still statements that sound like a trial balloon and that have been criticized because it is presumed that all technologies would place their prices at that threshold and not below.

Likewise, in the words of the Second Vice President and Minister of Labor, Yolanda Diaz, there has also been speculation about the possibility of cutting the benefits of electricity companies to alleviate the loss of purchasing power due to the rise in inflation. The intervention of the leader of the United Left generated great confusion in the sector, which is pending the audit that the National Commission of Markets and Competition (CNMC) has underway to check if the supply contracts of the companies are adjusted to the cut approved last September. The Government included in the shock plan to deal with the increase in the price of electricity the cut of the so-called benefits that fell from the sky (those obtained as a result of selling cheap energy at marginal market prices marked by gas).

The business sectors have spoken out about the need to change the marginalist system, especially the electro-intensive ones. The employers of large consumption (Aege), the steel company Unesid and the chemical company Feique have insisted in a letter sent to the commissioners of the Interior (Thierry Breton) and energy (Kadri Simson), to which Confemental and Oficemen have adhered, of the need to take urgent measures to reform the marginalist electricity market, at least while the energy crisis lasts. The president of Mercadona has also gotten wet, Juan Roigwho, taking advantage of the presentation of the group’s results, sent a message to the Government asking that the formula be changed now, that VAT be lowered and bureaucracy be eliminated.

To top it off, the message from the Governor of the Bank of Spain has also been added, Pablo Hernandez de Kos, who has requested an income agreement. In his opinion, an escalation of prices and wages would be devastating for the Spanish economy. The pact would suppose “a distribution between companies and workers of the decrease in income of the national economy that implies the increases in current costs”. For the central banker, it is clear that neither the workers are going to maintain their purchasing power nor the companies their margins. The solution is to use underlying inflation, that is, without energy or fresh food.

Today’s ephemeris: What happened on October 3?
34 mins ago

The 517 days of Isabel without Felipe: the slow fall of the queen after the death of her inseparable husband | People
3 weeks ago

Ricardo Alarcón, former Cuban foreign minister and main architect of the migratory agreements with the US, dies | International
May 3, 2022

Ricardo Alarcón, former Cuban foreign minister and main architect of the migratory agreements with the US, dies | International

Ayman Hadhud: The suspicious disappearance and death of an Egyptian economist clouds the regime’s campaign to clean its image | International
May 2, 2022

Ayman Hadhud: The suspicious disappearance and death of an Egyptian economist clouds the regime’s campaign to clean its image | International

Ukraine stops the flow of gas to Europe from a zone occupied by Russia | International
May 11, 2022

Grupo Pdel Nuestro, new sponsor of the Spanish Selection of Pdel
4 days ago