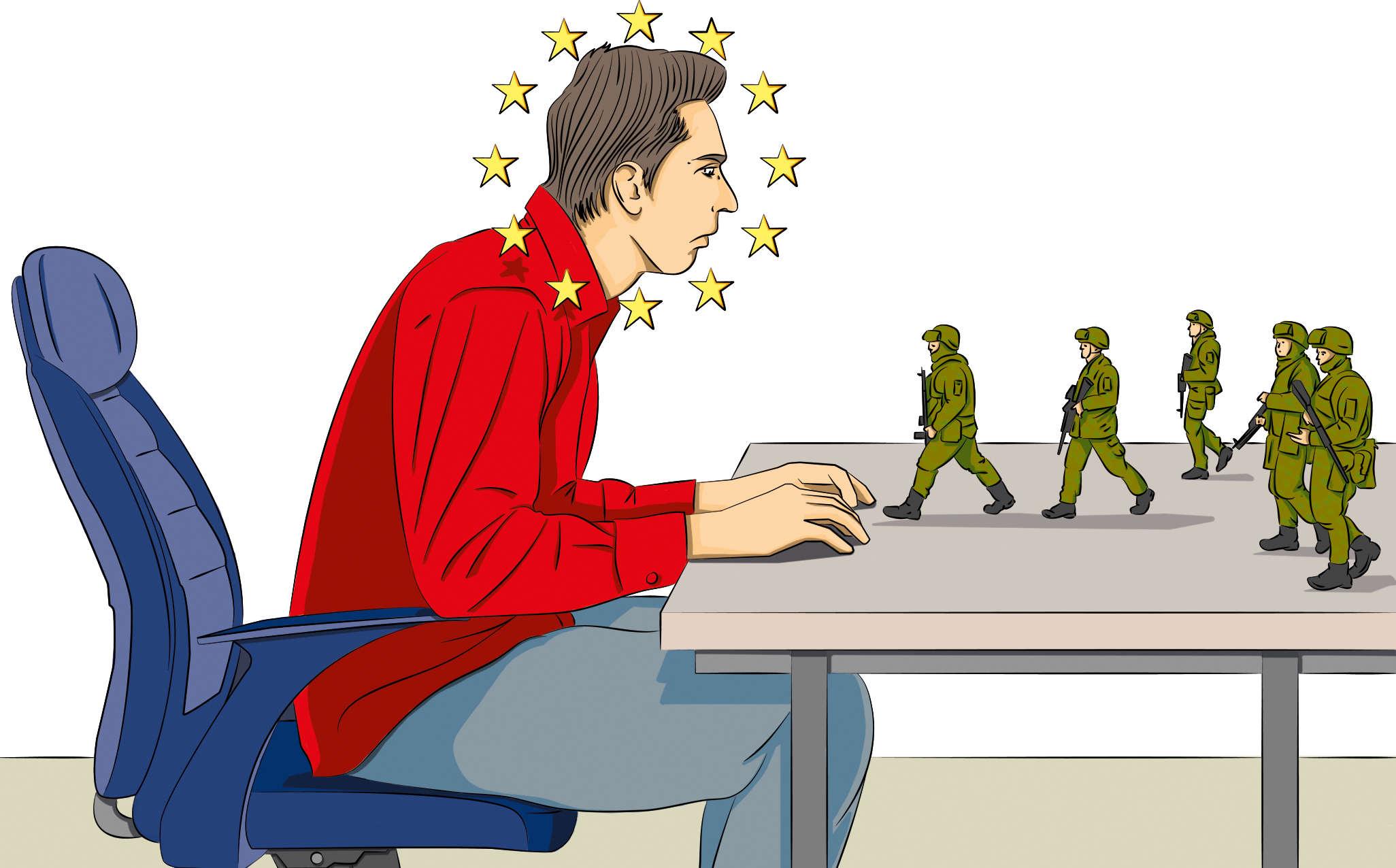 When I started writing these lines a few weeks ago, the intention was to discuss the economic effects of the battle against the pandemic. Because crises destroy paradigms, and the most persistent effect of a crisis —of course, beyond the immediate economic damage and, in the case of the pandemic, the tragic increase in mortality— is the narrative consensus that is formed about its causes. and the solutions needed, and the decisions that follow. The emerging market crisis of 1997-98 ended fixed exchange rate systems, giving way to large-scale accumulation of exchange rate reserves and fiscal and monetary discipline to manage flexible exchange rates. The 2007 financial crisis put an end to the model of lax banking supervision that relied on market discipline, and gave way to a significant tightening of bank capital and liquidity requirements. The euro crisis of 2010 put an end to the fantasy that a monetary union could be built without common fiscal institutions, and laid the foundations that allowed for a rapid common and mutualised reaction to the pandemic. The languid recovery after the financial crisis, suffocated by severe fiscal discipline that triggered a long period of excessively low inflation and zero interest rates, ended the idea of ​​expansionary fiscal contractions and gave way to a more active role of fiscal policy .

The rapid recovery after the covid crisis benefited from all these advances. Fiscal policy led the stimulus, supported by monetary policy. The healthy macroeconomic situation of the emerging countries allowed them to weather the storm without requiring external help—no systemic emerging country needed an IMF program. The abundant capitalization of the global banking system allowed them to survive the pandemic unscathed and contribute to the recovery. The eurozone quickly adopted a common fiscal response, including the issuance of eurobonds, generating a much faster and more stable recovery.

The innovation of the pandemic was to end the idea that the flexibility of the labor market must always include dismissal. ERTEs, adopted in various ways in almost the entire developed world (with the exception of the US), have made it possible to keep labor relations almost intact and generate a much faster recovery in employment. To a certain extent, this is what economic theory recommended: in general it is more efficient to reduce the hours worked than to fire the worker, since it minimizes the friction and cost caused by both the dismissal and the subsequent hiring. But the idea of ​​subsidizing this process was taboo, as it was feared it would impede the reallocation of resources and spawn legions of zombie companies. In the end, the fears have been unfounded, and the budgetary impact of the ERTE, considering the greater economic recovery they have generated, will have been neutral or even negative. The ERTE have come to stay.

Up to here I had come writing when Russia decided to invade Ukraine. And in just a few weeks the world economy has changed in potentially radical ways. Unfortunately, we still do not know how long this war will last, nor what the ceasefire will be like, nor how the reconstruction process will take place in Ukraine. But we can already see the paradigm shifts that will result from the crisis generated by the Russian invasion. One thing is clear: the world, and above all Europe, will have changed radically.

Resilience, a concept that was already on the rise, has come to the fore. In the same way that to be in shape it is not enough to eat healthy and control your weight, but you also have to invest in a solid abdominal core and a robust musculature, wars -military, diplomatic, or economic- are not won only with fiscal discipline, but with military and financial might. The German decision to end decades of military austerity, and the recently announced European energy plan, accelerate the return of the protective state, in search of technological and energy resilience (or independence). And, for this, it is necessary to invest, not save, dedicating abundant resources to structures that will seem redundant in periods of calm, but fundamental in periods of turbulence. As Russia has been able to verify, its fiscal discipline, healthy external accounts, and abundant exchange rate reserves have not been of much use in the face of sanctions that have generated an embargo that is going to suffocate its economy. Faced with this sudden paradigm shift, many countries will be considering the usefulness of accumulating so many foreign exchange reserves and whether, perhaps, it would make more sense to invest them in strengthening their economic infrastructure and guaranteeing access to technology and natural resources. The Russian invasion has accelerated the conversion of economic interdependence into a throwing weapon: driven by the Trump administration’s trade war, which adopted the use of tariffs as a geostrategic instrument, it has culminated in sanctions against Russia. From a model based on global trade relations as a path to efficiency and interdependence as a guarantee of security, we are moving to a model of geoeconomic blocks based on self-sufficient resilience as a defense mechanism, with uncertain consequences for global economic growth.

Inflation, already high as a result of the bottlenecks generated by the pandemic and the impact of the ecological transition on energy markets, has also come to the fore due to the consequences of the Russian invasion. The global shortage of raw materials, not only energy but also food, will increase inflation to levels not seen in several generations, hovering around double digits in some countries. The dilemma – rising uncertainty, very high inflation with already high employment levels and, in Europe, a significant weakening of the equilibrium exchange rate – that governments and central banks face is very complex, and will require smart fiscal support —and, in the eurozone, mutualised— to allow monetary policy to adjust and anchor inflation expectations. The resolution of this dilemma will lay the foundations for economic policy in the coming cycles. Until recently, the narrative consensus celebrated the success of the combination of expansionary fiscal policies and patient monetary policies adopted to counter the pandemic. If this rapid increase in prices is not managed well now, there is a risk that the narrative consensus will focus on the inflationary failure, and forget the success of the rapid recovery of full employment. And that would be a disaster for future growth.

One in five employees plan to change jobs | Business

Biden offers more gas to Europe but asks for a tough hand against Russia | International
March 24, 2022

USA Elections 2024: Pennsylvania orders a recount in the primaries to settle the battle between Dr. Oz and McCormick | International
May 25, 2022

A terrorist attack on a market causes several deaths and 28 wounded in eastern Afghanistan | International
June 20, 2022

A fire in a Coptic church in Egypt causes at least 40 deaths and dozens of injuries | International
August 14, 2022

Sri Lankan protesters: “There are no ethnic groups or religions here, we all wanted to kick out the president” | International
July 16, 2022

Sri Lankan protesters: “There are no ethnic groups or religions here, we all wanted to kick out the president” | International

Alonso Moleiro, Venezuelan journalist: “Chávez was the first great charismatic populist of this time” | International
May 26, 2022

Pedro Castillo takes stock without self-criticism of a year of government in Peru | International
July 29, 2022

Elections: Colombia puts its will for change to the test at the polls | Presidential Elections Colombia
May 29, 2022

Elections: Colombia puts its will for change to the test at the polls | Presidential Elections Colombia