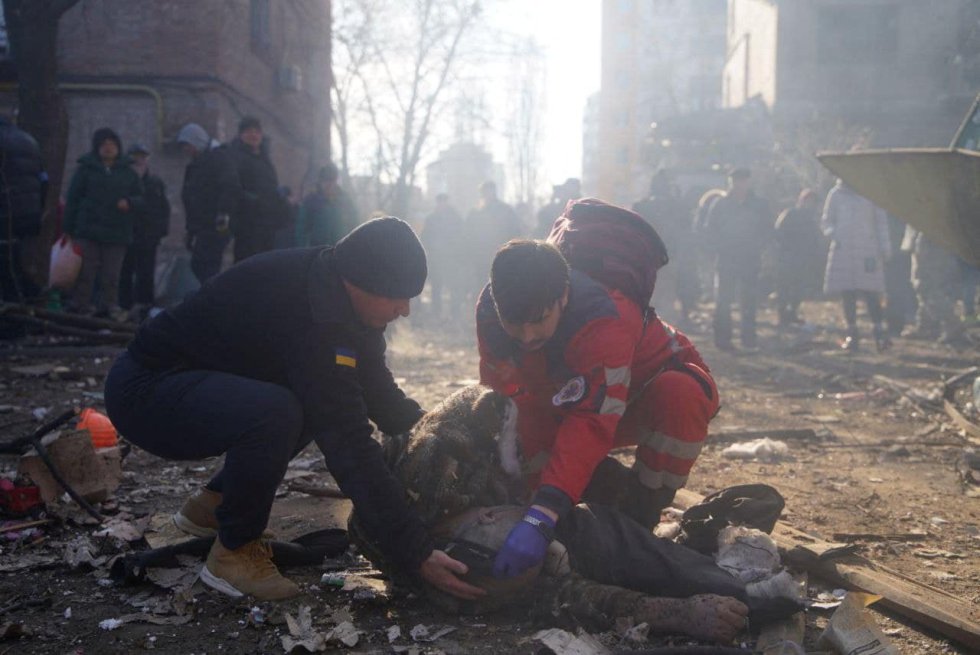 The European Union is considering including the energy sector in the sanctions against Russia for the invasion of Ukraine, but wants to guarantee that this step does not break the iron unity maintained since the beginning of the war. This Friday’s meeting of the 27 partners of the Union, represented by their ambassadors to the EU, has confirmed that the embargo on Russian oil and gas does not currently have the support of all capitals. Several countries, with Poland at the forefront, are already calling for the activation of this measure, considered the weapon of last resort. But Brussels fears that it will crack the EU’s common position if it is attempted to be adopted prematurely or without a trigger on the battlefield that makes such a far-reaching political and economic decision inevitable.

“We are open to all options, but we must maintain unity. It is important”, pointed out this Friday a European diplomatic source whose country is usually listened to very carefully in all EU debates. “In the last three weeks we have shown that we can react with unity, speed and forcefulness and in the future it will continue to be so,” stressed another community source. The same voice recognizes the enormous work and effort required to achieve the unanimous support of the 27 governments of the Union for each round of sanctions. But he stresses: “All the decisions have been unanimously or by consensus.”

In addition to the sanctions to punish the invader, Brussels also takes steps to help the attacked. The President of the European Council, Charles Michel, spoke by telephone this Friday with the President of Ukraine, Volodímir Zelenski, with whom he agreed to study ways to create a fund that would allow this country to finance its war effort and the basic needs of the population and administration. It would also serve to prepare for post-war reconstruction by “anchoring” kyiv to the West, a spokesman for Michel explained. This instrument would be funded by a donor conference.

The attention in Brussels, despite everything, is focused on punishing Moscow, a more thorny issue than helping Ukraine. The EU adopted a first punishment on February 23, just 48 hours after Russian President Vladimir Putin decided to recognize the independence of the self-proclaimed pro-Russian republics in the Ukrainian territory of Donbas. The next day war broke out and the European Council announced new sanctions, but only specified the inclusion of Putin and his Foreign Minister, Sergei Lavrov, on the blacklist of senior officials subject to the freezing of their assets in community territory.

The threshold of punishment was raised drastically from the third day of fighting, when the images of destruction and death in Ukraine provoked stupor in much of European public opinion. In a matter of days, the Russian central bank’s reserves located in Europe were frozen; 25% of the banking sector was excluded from the SWIFT financial payment platform; broadcasts of Russian television channels were banned; and the black list that prevents entry into the EU and freezes assets on community territory was expanded to include 877 people and 62 Russian companies or entities. The fourth package – or, as a European diplomat stressed this week, “a complement to the third” – was promoted at the Versailles summit.

But the formal approval of this latest batch has already shown certain discrepancies, at least in the pace of approval. Germany, several sources point out, asked for calm and time to study the punishments that, in principle, were going to see the light of day last Sunday and in the end went ahead on Monday. Now begin to prepare and another package. “It will come, but not next Monday [en la reunión de ministros de Asuntos Exteriores]”, they pointed out this Friday at an embassy. Most likely, it will make its way after the summit of heads of state and government next week, which will also be attended by the president of the United States, Joe Biden.

Its content is being finalized. It is very likely that the list of oligarchs will be expanded. And it is much less likely that steps will be taken to stop buying hydrocarbons from Russia, a path that could begin to be traveled by oil, since it is easier to substitute with other suppliers. Those in favor of closing the taps of the gas and oil pipelines that arrive from the East know, admitted this Friday in one of their delegations, that they still do not have the necessary support in the Council, although they continue to claim it.

In the rest of the capitals, however, they seem to opt for a gradual response, gaining time to leave behind the coldest season – when gas is most necessary – and leaving bullets in the chamber in case Putin increases the cruelty of his war campaign. . Although this group is not a homogeneous bloc, there are some “open to all options”, awaiting the evolution of the war and taking care of the unity of action (Holland, France, Spain…), and those who are more reluctant to give the passage, including Germany and Italy, due to the harsh consequences on its economy.

Community sources acknowledge that the damage caused by the measures adopted so far will take months or years to weaken Russia, while Putin’s bombs fall day by day in Ukraine. But they add that the impact “is already being felt both in the economy and in Russian society.” And they emphasize: “New measures can be adopted when we consider it appropriate.”

“My impression is that we are going to continue our response in view of what is happening on the ground,” predicts a European diplomat. Another diplomat prefers not to speculate on the scope of the fifth sanctions package, but she highlights: “We are ready when it is necessary to adopt it and that is enough.”

The first four rounds have been of such magnitude that they have left the EU with little ammunition to double the punishment without including the energy sector. An embargo has already been placed on the exports of numerous Russian sectors and investment in almost all of them has been prohibited, as well as the transfer of technology. The veto also affects numerous essential European exports for Russia. In the financial sector, the banks Sberbank and Gazprombank have been spared from SWIFT exclusion, since their disconnection would affect gas and oil imports because Europe pays its energy bill through these entities.

But the pressure to toughen the punishment is mounting. Russia has earned almost 15,000 million euros since the beginning of the invasion of Ukraine thanks to exports of gas, oil and coal to the European Union, according to the think tank CREA (Center for Research on Energy and Clean Air). The high bill gives strength to the EU countries in favor of giving up energy imports to break the Putin regime. Moscow finances more than a third of national budgets thanks to income from the sale of hydrocarbons and Europe is its main client, with a share of 50%.

More and more war in Ukraine | International
17 hours ago

Biden turns the page on Khashoggi’s murder on his first visit to Saudi Arabia | International
July 15, 2022

Poverty and inflation feed the new outbreak of Ecuador | International

The Mexican ‘narco-pilot’ who eluded the DEA with nine different identities
August 20, 2022

War in Ukraine: An overwhelming prospect of crisis | Opinion
May 14, 2022

War in Ukraine: An overwhelming prospect of crisis | Opinion

Tuition crisis between Kosovo and Serbia drags on: leaders’ meeting with EU ends without agreement | International