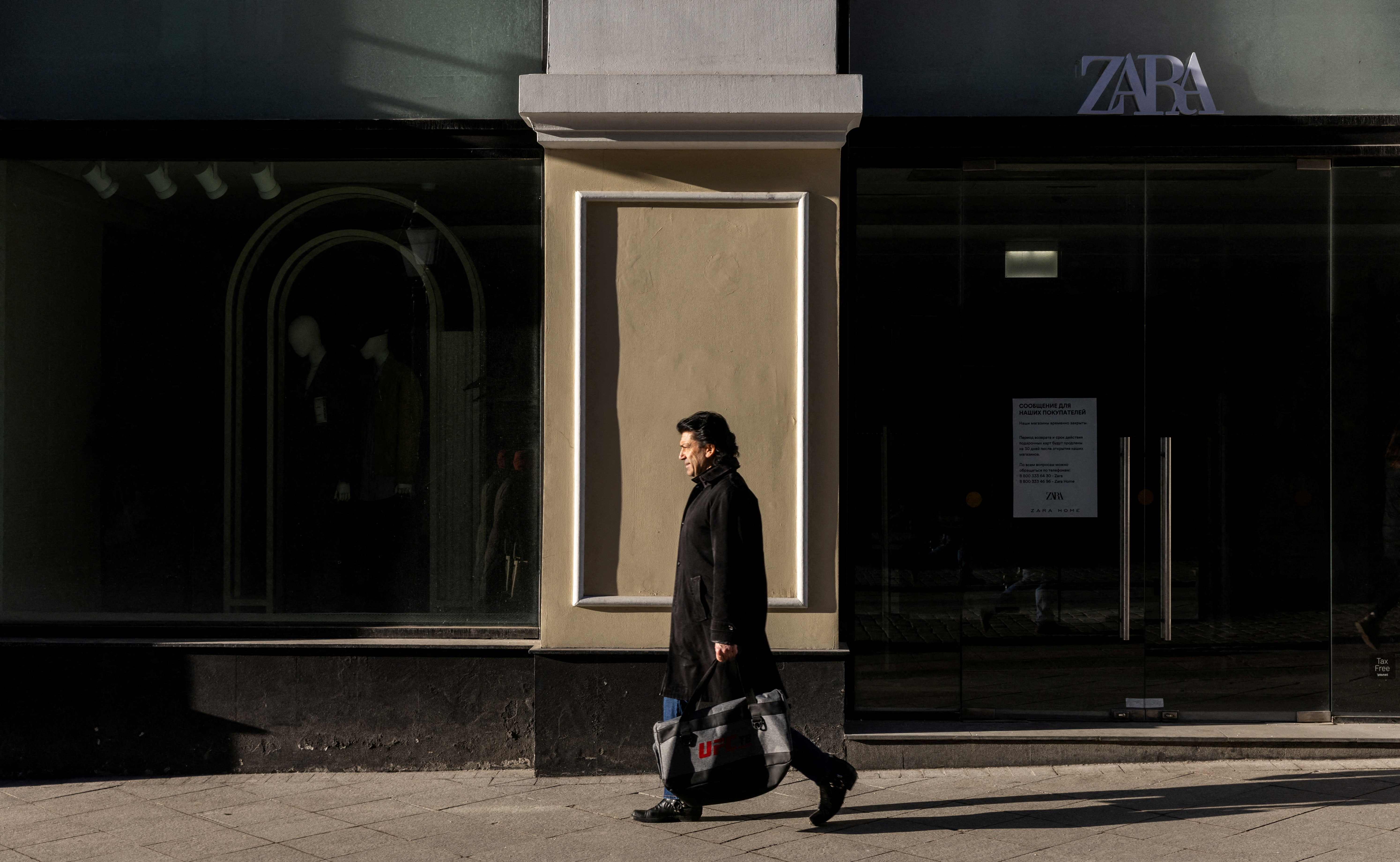 Russia and, to a lesser extent, Ukraine are two very important countries for the business of Inditex, the Spanish fashion group that owns Zara, Stradivarius, Pull&Bear and other chains. The number of stores and some data published by the company already showed it, but the group’s annual report, registered yesterday with the National Securities Market Commission (CNMV), sheds more light. The documents reveal, for example, that Russia was the second market in which Inditex stores generated the most profit in 2021, only behind Spain, or that Ukraine was the country where the group opened the most new stores, when the hypothesis of the invasion of the country was seen as unlikely. Now all the Russian and Ukrainian stores of the group are closed.

The non-financial information statement of Inditex reveals that the countries where the group achieved a higher profit before taxes were Spain, with 1,083 million; Switzerland, with 409 million; The United States, with 253 million and Russia, with 240 million. But Switzerland does not generate such a large result because of the importance of its market or because of the activity of its stores, but rather because it has some companies in the country that channel part of the company’s international trade. In addition, when corporate tax is discounted, Russia exceeds the US in profits with 192 million compared to 189 million.

Spain is the outstanding leader in terms of sales with 4,266 million and also in terms of employment and profit generation, thanks to the fact that its main operational and logistics headquarters are located in the country. However, the weight of Spain in the generation of profits has fallen to 25.8% of the result before taxes, the lowest since the group breaks down that figure. The president of Inditex, Pablo Isla, was in charge of highlighting this Wednesday in the presentation of the group’s annual results that the United States has become Inditex’s main market for sales after Spain. The results figures by country endorse a spectacular jump in the United States, which has allowed us to go from 48 million losses before taxes to those record profits of 253 million (189 million discounting corporate tax), which triple those of the previous year to the pandemic. But Russia, with more than 500 stores, also generated a record profit both before and after taxes in 2021, which is almost triple that of the previous year and exceeds the figures for 2019.

In its annual report, Inditex not only reiterates that the business in Russia generates 8.5% of the group’s net operating profit (EBIT), but also adds that Ukraine accounts for another 1.5%. Thus, between the two countries they added up to 10% of EBIT before the war, the equivalent of about 430 million, taking last year’s figures as a reference. The problem for Inditex is that not only will this result no longer be generated, but by maintaining fixed costs such as payroll and rent payments, the business in those countries will start to produce losses. Both Pablo Isla and the CEO, Óscar García Maceiras, declined to clarify how much these fixed costs amount to or what is the potential impact on sales and results of a prolonged closure of stores in Russia and Ukraine.

The company argues that “assessing the implications that this situation may have for the Inditex Group is complex, given the multiple possible hypotheses of potential evolution in the short and medium term”, and that “the group’s management continues to permanently analyze the development of the situation”. And it adds, also in its annual report: “The implications that the current circumstances may have for our business due to their potential ramifications, as well as their estimated duration, are still difficult to assess in such an uncertain context. The group continues to permanently analyze the evolution of the conflict and its complex implications and implement plans to mitigate its impact, especially in relation to its workforce in the affected markets”.

The company insists that in both markets, all stores (502 in Russia and 84 in Ukraine) are operated on a rental basis, so the value of the group’s net assets in those markets at the end of the 2021 financial year “is not relevant from the perspective of the consolidated financial statements for that year”. And it justifies that no provision has been allocated in that it is about “circumstances subsequent to the closing of the financial statements”.

Japan, China and Spain concentrate the closing of stores

Russia has been one of the many markets in which Inditex has decided to close stores in 2021. In total, it has gone from the 521 it had in 2020 to the 515 that appear in the annual report corresponding to last year and to the 502 that it recognizes now . But it is not the country that loses the most establishments in this exercise. Japan, China and Spain are the three large markets (considered as those with at least 100 stores each) that register the most reductions in establishments. The fall in Japan is 35%, with the closure of 47 net stores, up to 86 establishments; in mainland China it is 10%, up to 303 stores; the same percentage of reduction as in Spain, which closed the year with 1,267, 144 less than the 1,411 in 2020. The case of Mexico is also striking, with a drop of 33 stores, 8%, to 382. The group has closed all its Venezuelan businesses, which numbered 19 at the end of the previous year, although all of them were franchises. And the closures of 18 stores in Portugal and 16 in Saudi Arabia and Italy also stand out.

In contrast, Ukraine was the group’s biggest bet in terms of store openings. The group went from 72 to 85, adding 13 establishments. All of them are closed as a result of the Russian invasion and the war. Hungary, with 9 net starts, and Slovakia and Serbia, with eight more in each country, were the next ones that added the most.

The Inditex group ensures that its strategy is the progressive closure of stores that are considered less profitable, by others with more space, better location and with the capacity to facilitate digital business, since it is in the establishments from which the channel is served on-line as well. In 2020 the group had 6,829 stores, and the number was reduced to 6,477 in 2021 (of which, 5,413 are owned and the rest franchised). Since 2018, when it had 7,490 stores, they are down nearly 15%.

Regarding the US market, which Inditex affirms has become the second after the Spanish market in 2021, but without quantifying its weight in sales, the stores have remained: 99 establishments, a reduced figure compared to other large markets. Despite the fact that the group sees a lot of potential in this market, the company has assured that there is still room to grow in turnover with the same number of businesses.

Ketonico or how to do business with the keto diet | Business

Chaplino: Russia claims responsibility for the attack that killed 25 people at a Ukrainian train station | International

FARC dissidents claim responsibility for an attack in Bogotá in which two children died | International
March 28, 2022

Ukraine: One in four Ukrainians has fled their home because of the war | International
March 30, 2022

Ukraine: One in four Ukrainians has fled their home because of the war | International

The Argentine crisis: the war at the top of Kirchnerism gives wings to social unrest
May 8, 2022

The Argentine crisis: the war at the top of Kirchnerism gives wings to social unrest