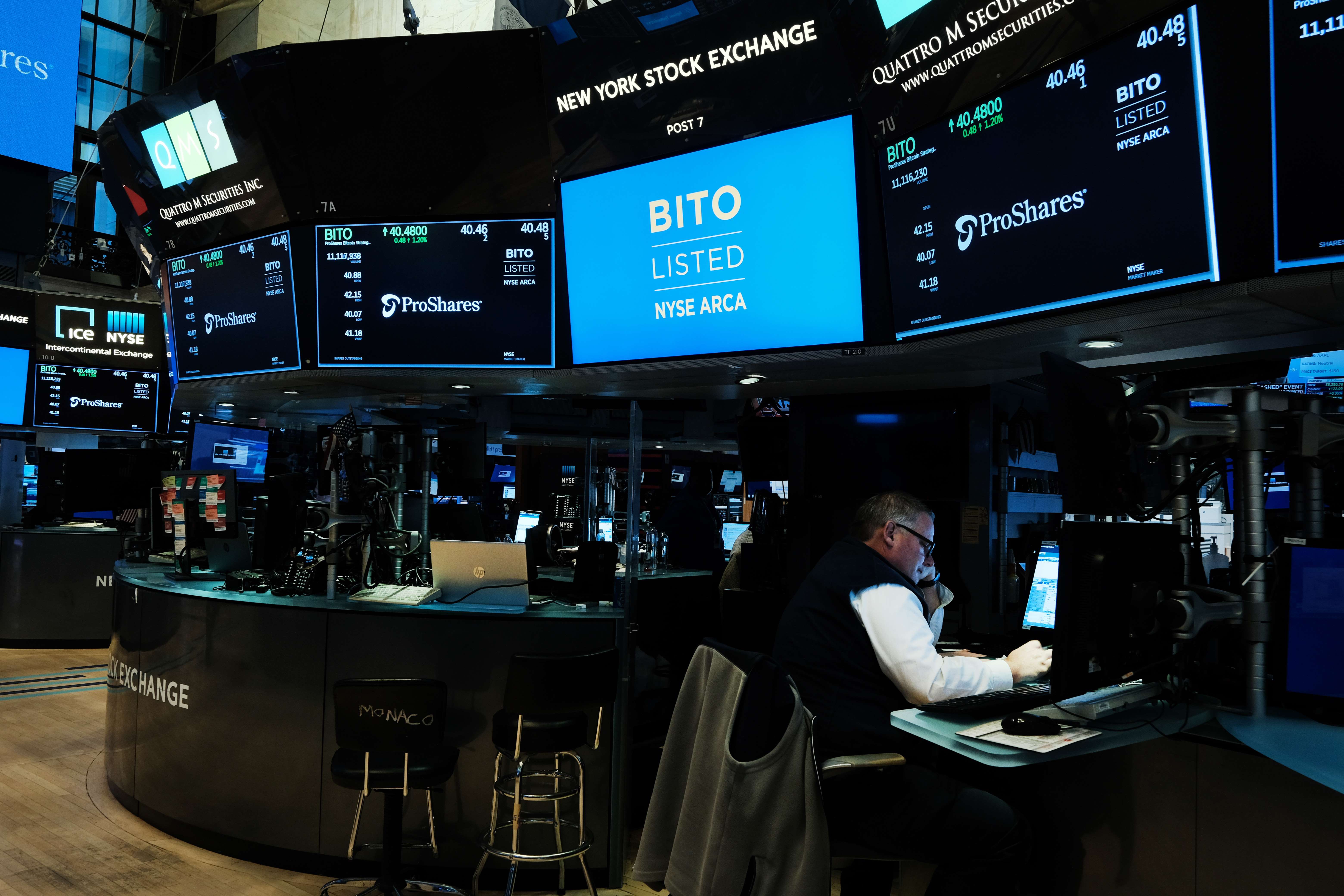 Messages from financial regulators about the risk of cryptocurrencies are becoming more frequent. The last one has arrived this Thursday from the European authorities: they point to digital currencies as “risky” and “speculative” assets for retail savers, who are advised against resorting to them neither as an investment nor as a means of payment. “Consumers face the real possibility of losing all the money invested,” concludes the statement, jointly signed by the European Banking Authority, the European Securities and Markets Authority and the European Pension and Retirement Insurance Authority.

These organizations warn that whoever enters the world of investment in cryptocurrencies is alone. You cannot claim nor are you protected by the European Union financial services regulations. Therefore, he calls for caution before taking the step, especially if he makes the decision encouraged by “misleading advertising” that promises high or quick returns, increasingly present on social networks and through influencers with thousands of followers who are paid to praise the benefits of a product that they do not always understand.

In a message clearly aimed at those who hesitate to buy cryptocurrencies or not, the European supervisors urge them not to forget three other risks: “prices can go down and up quickly in short periods; you may be a victim of scams, fraud, operational errors or cyber attacks; And it is unlikely that you will have rights to protection or compensation if something goes wrong.” And it invites them to question whether they can afford to lose all their money, are they willing to take big risks, and are they sure they can protect the private keys and devices they use to buy, store, and sell cryptocurrencies? In addition, it summons them to check if the companies they deal with have a good reputation or are on any blacklist of warnings from supervisors.

In the cryptocurrency ecosystem there are thousands available to invest. The best known are bitcoin and ethereum, but there are savers who opt for many others that overcome the already high volatility of the best-known currencies. European regulators warn that their movements respond in many cases only to the number of those interested in buying and selling, and not to any real value. “Many crypto assets suffer from sudden and extreme price fluctuations and are speculative in nature, as their price is often based solely on consumer demand (i.e. there may be no backing asset or other tangible value). You can lose a large amount of money or even all the money invested”, they emphasize.

The CNMV, the Bank of Spain and the General Directorate of Insurance and Pension Funds have indicated this Thursday that they fully subscribe to the warning issued by the European authorities. And they remember that in 2018 and 2021 they already launched alerts in this regard very similar to the one issued by the European authorities this Thursday. In addition, the CNMV already regulates advertising on cryptocurrencies in Spain, and the Bank of Spain has launched a registry to which platforms that offer cryptocurrency buying and selling services must sign up, and which requires them to have measures to prevent money laundering and financing of terrorism.

Institutional investors have progressively included bitcoin in their portfolios, but its evolution is still subject to high volatility. After touching the level of 70,000 dollars last November, a bitcoin was exchanged this Thursday for 40,000 dollars. So far this year it has lost 15% of its value, and 30% in the last 12 months. The sum of the thousands of cryptocurrencies with which investors operate in the market reaches a value of 1.8 trillion dollars, according to CoinMarketCap, a capitalization somewhat higher than the value on the Amazon Stock Exchange.

The ‘Ribera graph’ of the price of electricity | Economy

Wallonia: At least six dead and dozens injured in a multiple hit-and-run in a Belgian town | International
March 20, 2022

Wallonia: At least six dead and dozens injured in a multiple hit-and-run in a Belgian town | International

Cuba will request between seven and 10 years in prison for opposition artists Luis Manuel Otero and Maykel Castillo | International
April 8, 2022

Peru: A judge orders two and a half years of preventive detention for Pedro Castillo’s sister-in-law | International
4 weeks ago

Peru: A judge orders two and a half years of preventive detention for Pedro Castillo’s sister-in-law | International

The jurist Síofra O’Leary, the first woman to preside over the European Court of Human Rights | International
1 week ago

The jurist Síofra O’Leary, the first woman to preside over the European Court of Human Rights | International

The Sarmat missile, another piece in Putin’s fear strategy | on video
June 27, 2022

The Sarmat missile, another piece in Putin’s fear strategy | on video

Vargas Llosa, on the elections in Colombia: “They have voted badly, let’s see how Petro acts” | Presidential Elections Colombia
June 20, 2022