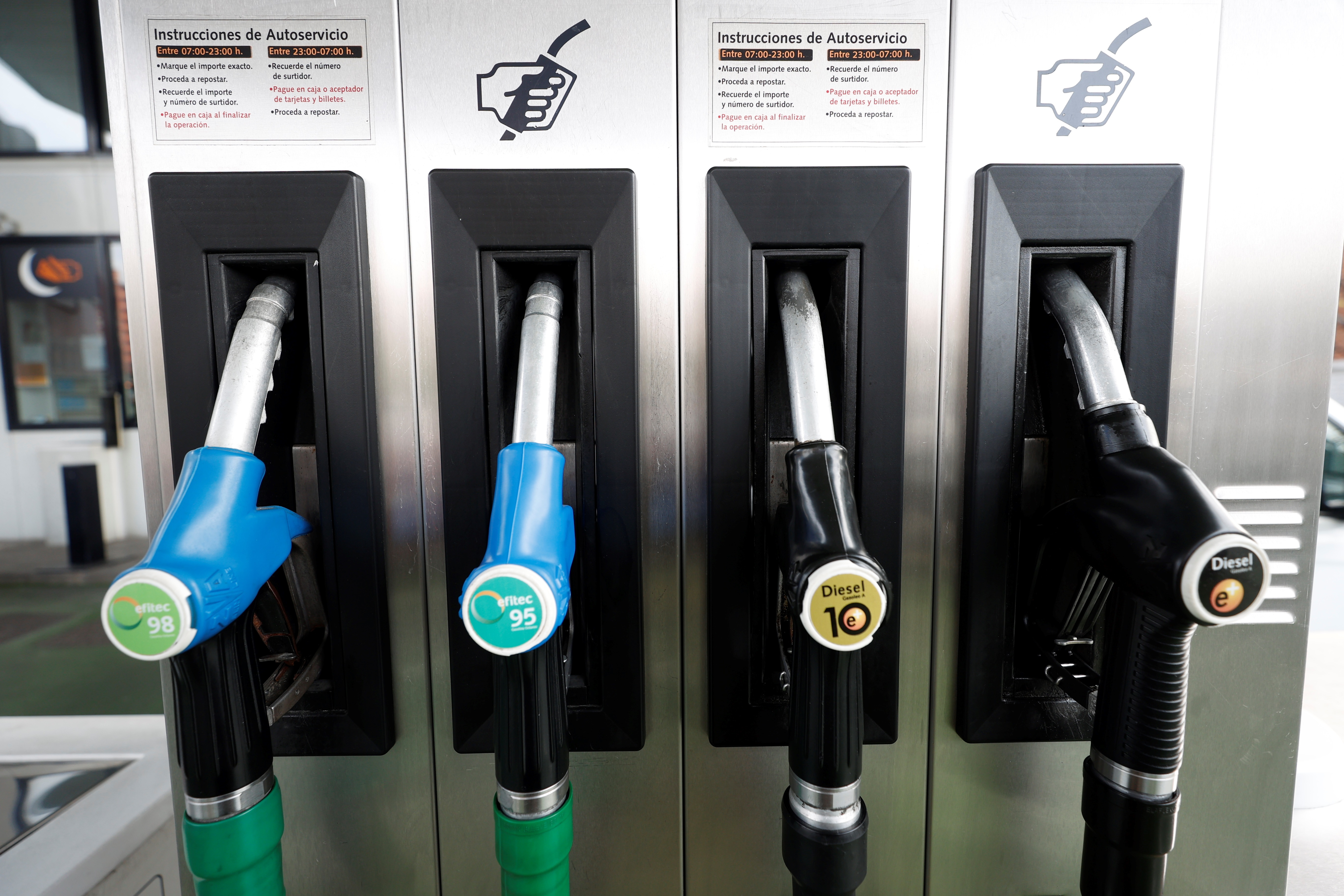 Citizens are growing concerned about the rise in fuel prices, while the Government and opposition parties seek solutions to try to mitigate the blow. Given the complexity of intervening on prices, everyone looks at taxes. In the absence of updating the data from the sectoral regulator, the National Commission of Markets and Competition (CNMC)the only up-to-date source on gasoline and diesel price formation, comes from the Spanish Association of Petroleum Product Operators (AOP). According to the figures of the employers’ association of service stations, in January 49% of what was paid for each liter of gasoline in Spain were taxes, 35% were wholesale costs (price of crude oil at origin and refined) and the 16%, margins and distribution costs. In the case of diesel, these figures were 45%, 40% and 15%, respectively. Here, however, the tax burden is notably lower than in the rest of the EU.

Although its figures are not up to date, not even at the end of last year, the CNMC statistical series points to an increase in the gross margin of companies that sell fuel in recent years. In this concept, which includes both the net profit of the gas stations and the operating costs of the service stations and the regulatory obligations —the efficiency fund and biodiesel—, it went from 11% to 21% between 2013 and 2020 in the case of gasoline. And from 12% to 22% in diesel.

Unlike in September 2012, when crude oil brent -the benchmark on the European continent- was around 120 dollars per barrel, today it does not reach 100, after accumulating a substantial drop in recent days, after reaching close to 130 shortly after the Russian invasion of Ukraine. Why, then, is gasoline more expensive? With the CNMC data in hand, the evidence seems to point to an increase in distributors’ margins. However, the employers of the sector deny the greatest: according to their calculations, which are based on a recent report by the consulting firm PwC, their benefit is only 2% of what is paid at the pump.

A spokesman for the AOP points, rather, to the Special Tax on Hydrocarbons on biofuels (10% of the mixture), which has gone from zero to the current rate for automotive fuels —473 euros per 1,000 liters in the case for gasoline and 379 euros per liter for diesel—and to the harmonization of the special state rate as decisive factors. Also to the National Energy Efficiency Fund, created in October 2014 and which, according to its data, will tax oil product operators with more than 100 million euros in 2022 alone.

The Government has opened the door in recent days to apply tax rebates or aid —such as those already applied by France and other European States— on fuels. If you opt for the tax route, the alternatives would basically be two: reduce the general rate VAT from 21% to 10%, for which you would need authorization from Brussels, or cut the Special Tax on Hydrocarbons, a fixed fee of 47 cents per liter of fuel in the case of gasoline and 38 in that of diesel. This Wednesday, the Minister of the Presidency, Félix Bolaños, confirmed the Executive’s commitment to reduce energy supplies on the 29th, without specifying with what formula.

A menu of strategies in the face of rising costs: from raising the price to reducing the oil in cans of tuna | Economy

Abengoa, the decline of the symbol of technological development in Andalusia | Economy

Russia prepares a Victory Day parade over the Nazis marked by the offensive in Ukraine | International
May 8, 2022

Habib, the last street photographer of Kabul | International
4 weeks ago

The arduous battle against electoral misinformation in a Brazil hooked on the Internet | International
June 2, 2022

Venezuelan forces carry out joint operations with the ELN guerrillas, according to HRW | International
March 28, 2022

Venezuelan forces carry out joint operations with the ELN guerrillas, according to HRW | International

Jens Stoltenberg, NATO leader: “Taking peace for granted in Europe can end in a war” | International

Russian oligarchs want to be Portuguese like Abramovich | International
July 20, 2022

Russian oligarchs want to be Portuguese like Abramovich | International

Putin warns that he will respond “symmetrically” to a military reinforcement in Sweden and Finland | International
June 30, 2022

Condemned to live under permanent threat in kyiv | International
March 30, 2022

Condemned to live under permanent threat in kyiv | International