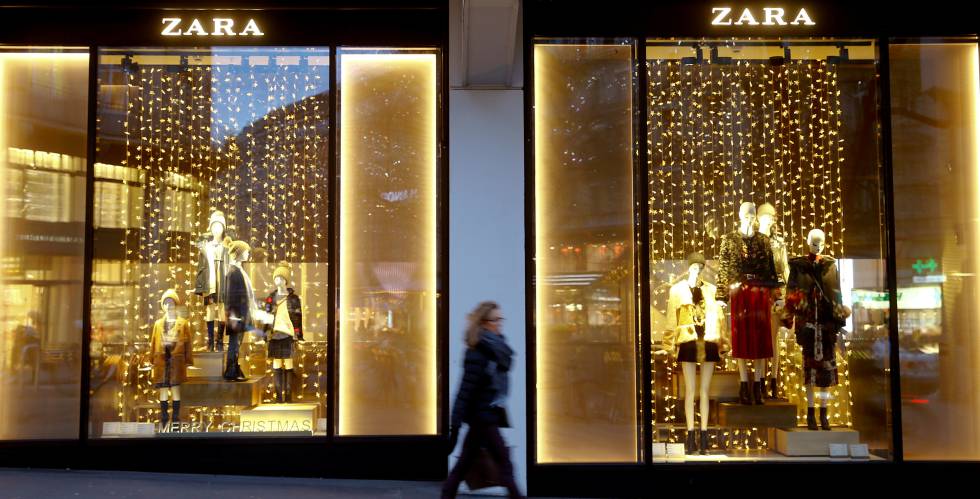 The Inditex group, owner of brands such as Zara, Massimo Dutti, Bershka and Oysho, closed 2021 with a net profit of 3,243 million, almost triple that of 2020, which was the most difficult in its history due to the pandemic. Billing reached 27,716 million, 36% more, according to the data published this Wednesday. With these results, the latest with Pablo Isla at the helm as president, the company is approaching pre-pandemic levels and considers that the coronavirus crisis that hit the world and caused the closure of a large part of its stores for months has been overcome.

After the fall of 2020, the increases in sales and profits for the 2021 financial year, closed on January 31, are the largest since the company was listed on the Stock Exchange, but they fail to exceed 28,286 million revenues and 3,640 million results in 2019 , the year before the pandemic. The 2021 financial year was on the way to a new record until the omicron variant crossed its path in mid-December, which led to the application of restrictions in several markets and temporary closures in Austria, the Netherlands, Germany, Japan, China or the Philippines and had an impact in the fourth quarter of 400 million euros (210 in gross margin and 190 in operating expenses).

“After two years of the pandemic, these results demonstrate the great capacity to adapt to any circumstance that characterizes the people who make up this company through commitment and talent,” Isla, who is leaving the group on 1 March, said in a statement. April.

The sale on-line grew 14% during the whole of last year, up to 7,500 million, and represents 25.5% of total sales. At the end of the year, there were 6,477 stores, which represents a reduction of 352 establishments compared to the 2020 data, in line with the group’s strategy of closing the smallest or least profitable points of sale, to replace them with larger ones in better locations and that serve to provide greater service to internet sales. “The profound digital transformation of these years places us in an unbeatable position for the future to offer the best experience in our quality and sustainable fashion proposal”, highlighted the CEO, Óscar García Maceiras.

The company has announced a dividend increase of 33%, up to 0.93 euros per share, to be paid in halves on May 2 and November 2 next.

The annual results do not yet reflect the impact of the war-related store closures in Russia and Ukraine, announced on March 12. Sales, as Inditex has advanced this Wednesday, have continued to grow strongly even in the Russian market at the start of the year. “The 2022 financial year has had a strong start: the spring/summer collections have been very well received by our customers. sales in stores and on-line in constant currency from February 1 to March 13 are 33% higher than those of 2021 and 21% higher than the all-time highs of 2019, before the pandemic. In this period, sales in the Russian Federation and Ukraine accounted for approximately 5 percentage points of sales growth,” the company explains in a note. In that period, stores in Russia were only closed for a few days. In addition, when making the comparison at a constant exchange rate, it does not reflect the collapse of the ruble either.

The Russian market is the second most important for the group in number of stores, and generates 8% of its annual net operating income (Ebit), according to data from the textile group. The group has about 9,000 employees there. However, the company reported when it announced its decision that all its establishments in the region operate on a rental basis, so the “investment is not relevant from a financial point of view.”

The results presented this Wednesday are the last annual results for the executive president, Pablo Isla, who will leave his post at the end of the month, and the first for the new CEO, Óscar García Maceiras. Marta Ortega, 38 years old and the youngest daughter of the founder Amancio Ortega, will take over the presidency on April 1, with which the company considers the process of generational change that began in 2011 with the replacement of Amancio Ortega to be closed, who on March 28 turns 86, in the presidency.

After the blow that was the hardest year of the pandemic, 2020, in which Inditex had 88% of its stores closed at the same time, the company managed to reach cruising speed in 2021 from the second quarter, a rhythm that was consolidated in the third, the best second and third quarters in history. The first quarter of 2021, however, was still weak, the lowest since 2013, although better than the same period of the previous year, in which it registered losses. In the final stretch of the fourth quarter, the omicron variant had a negative impact on the business.

One of the keys to recovery after turbulent months has been the changes towards digitization marked in its strategy. Since 2020, smaller or less profitable stores have been closed and others more well located and adapted to digital business have been opened (in 2021, 226 new stores in 40 markets).

The location system for RFID garments and the integrated stocks of physical stores and the internet through its own technological platform (Inditex Open Platform) has already been fully implemented. This means that the items that are displayed in the store or accessible for purchase through the network are the same and are available at all times for purchase through both channels. The objective with this system is not to have to duplicate stocks, since the same reserves serve both types of demand. Inditex has achieved that the deployment of the digital channel, moreover, does not reduce that of the physical channel.

This year is going to be important to consolidate the changes, and above all to see how the change at the head of the company works. Isla is considered one of the most respected executives, not only in Spain, but in the world, and his departure is a very relevant change. The announcement of the relief, at the end of last year, penalized Inditex’s action. And, although the stock markets have been dominated by volatility in recent weeks, the truth is that the group’s titles are now worth 24% less than on November 30, when the announcement was made, a fall also due in large part to the invasion of Ukraine. They have gone from 29.11 euros back then to 22 today. Even so, Inditex continues to be the largest company on the Ibex by capitalization, with some 68,000 million euros, followed by the electricity company Iberdrola and Banco Santander.

In addition, under Isla’s management, Inditex has become a world leader in its sector, ahead of companies such as the Swedish H&M, the Japanese Fast Retailing (Uniqlo) or the American Gap.

García Maceiras, born in A Coruña 46 years ago, is a State lawyer, he has worked in the legal department of the board of directors of Banco Pastor, and later for Banco Popular. Later, he decided to continue his career at Sareb, popularly known as the bad bank (entity in charge of the management of toxic real estate assets after the bursting of the bubble in 2008), as head of the legal service until Ana Botín, president of Santander, signed him in 2016. In the largest bank in Spain he was responsible for the area of Legal Advice, head of the general secretariat and secretary of the board of directors. In March 2021, he was signed as general secretary and secretary of the board of Inditex.

The refoundation of the European Union | Business

Shooting in Texas: Salvador Ramos, the author of the shooting in Texas, a withdrawn young man who sowed terror in a Uvalde school | International
May 25, 2022

Dua Lipa and Noah Trevor, caught together on the streets of New York: dinner, walk, hugs and…
1 day ago

Dua Lipa and Noah Trevor, caught together on the streets of New York: dinner, walk, hugs and…

Jewels, stamps and 32,000 swans. This is how the inheritance of Isabel II, one of the richest women in the world, will be distributed | People
3 weeks ago

Jewels, stamps and 32,000 swans. This is how the inheritance of Isabel II, one of the richest women in the world, will be distributed | People

Haiti, without a president and without a state one year after the assassination of Jovenel Moïse | International
July 7, 2022

Haiti, without a president and without a state one year after the assassination of Jovenel Moïse | International

Ukraine: NATO fears that Russian attacks next to Poland will cause an “incident” in allied territory | International
March 14, 2022

Ukraine: NATO fears that Russian attacks next to Poland will cause an “incident” in allied territory | International

The breakaway candidate and the more traditional politician are vying for the presidency of Costa Rica | International
April 3, 2022

Russia considers closing borders: who would affect and what ages does Putin’s ‘military mobilization’ include
3 days ago

Russia considers closing borders: who would affect and what ages does Putin’s ‘military mobilization’ include