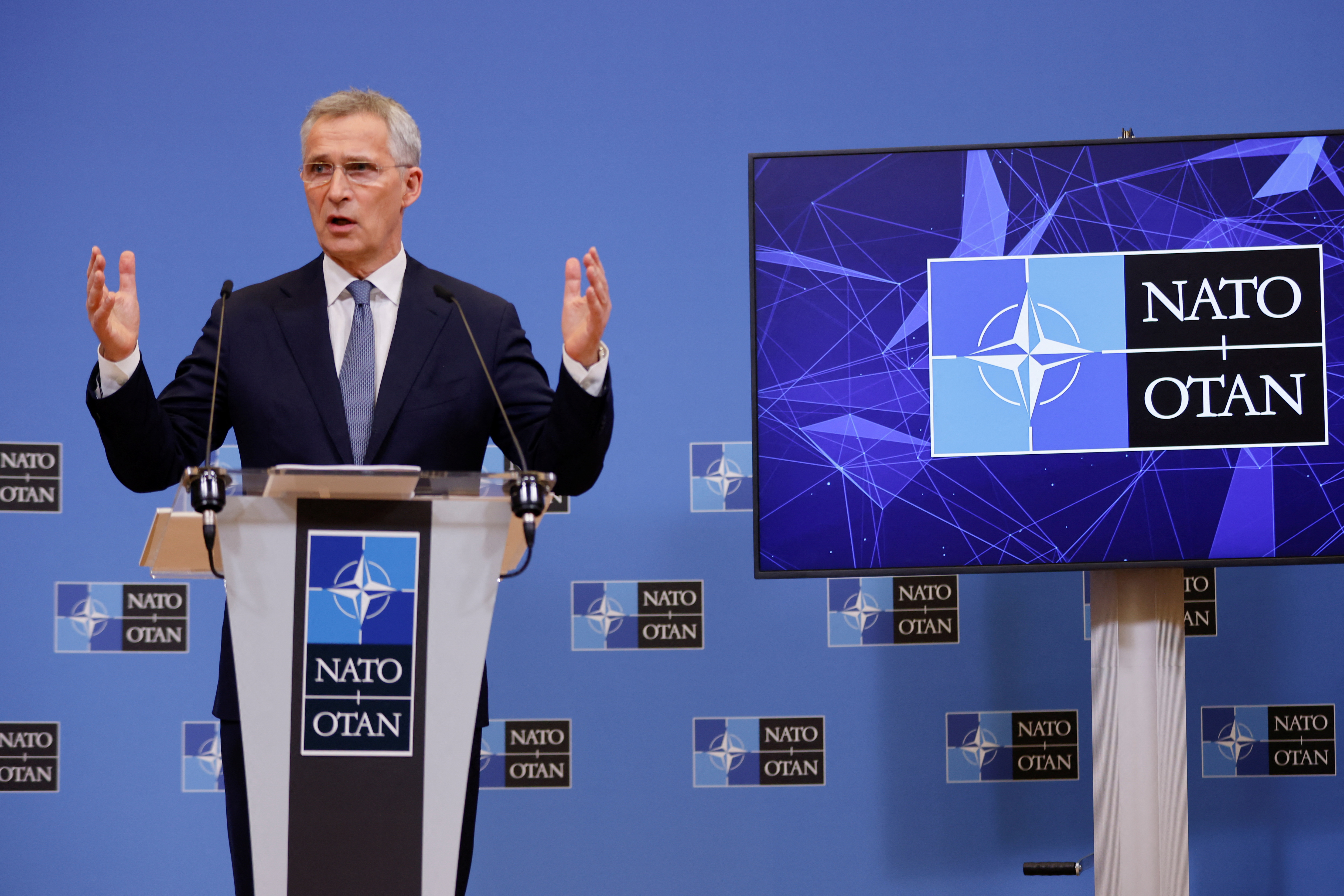 NATO has warned this Tuesday of the risk that Russia is preparing a chemical attack against Ukraine and that Russian President Vladimir Putin tries to camouflage it as a false flag operation, that is, to attribute it to kyiv. The notice comes on the twentieth day of the Russian invasion of the neighboring country and reflects Western concern about a resurgence of the offensive in view of the fact that Moscow is unable to prevail on the ground. The secretary general of the Atlantic Alliance, Jens Stoltenberg, has warned that Russia will pay “a very high price” if it carries out the chemical attack, but has refused to speculate on a possible military response by the allies.

Stoltenberg has recalled that Putin has already shown several times that he is willing to use chemical weapons to eliminate his rivals or opponents. And that he helped the Bachar al-Assad regime launch chemical attacks in Syria against its own population. The first of them verified, on August 21, 2013, caused 1,400 deaths in the east of Damascus in a bombardment with sarin gas. Since then, El Assad has launched some 50 chemical attacks, according to US government estimates.

NATO fears that Putin will now repeat in Ukraine the same devastating attack system as in Syria. And that the strategy includes chemical weapons, despite being prohibited by international treaties signed by Moscow, using as an excuse the hoax spread in recent days about the presence of chemical or nuclear weapons on the Ukrainian side.

“Now they make absurd claims about biological laboratories and chemical weapons in Ukraine, which is just another lie,” the NATO leader accused. And he sees that apparent hoax as a harbinger of Putin’s next move: “We are concerned that Moscow could stage a false flag operation, possibly including chemical weapons.”

The risk of such an attack in Syria led the then US president, Barack Obama, in 2012 to warn that its use would mean crossing a red line that would cause his country to enter the conflict. But after the consummation of the attack in 2013, the White House did not carry out the threat and chose to seek an understanding through diplomatic channels.

The US Secretary of State at the time, John Kerry, and the Russian Foreign Minister, Sergei Lavrov, reached an agreement that provided for the counting, inspection, control and elimination of the chemical weapons of the Assad regime. The pact was, in fact, the beginning of a frequent use of that weaponry that has continued to date.

NATO’s wing tougher on Moscow, with Poland at the forefront, now also believes that a chemical attack in Ukraine should mark a turning point in Western involvement in the conflict. But Stoltenberg has refused this Tuesday to speculate on a possible qualitative leap, beyond redoubling the political and economic pressure on Putin. “Russia will pay a very high price”, assured the secretary general of the Alliance. However, he has preferred “not to speculate on a possible military response by NATO.”

NATO has so far avoided any direct intervention in Ukraine for fear of provoking an escalation that leaders on both sides of the Atlantic say could trigger a third world war with nuclear arsenals within reach of both sides. That risk has led Western allies not to declare a no-fly zone, as Ukrainian President Volodymyr Zelensky has called for, to prevent Russian air strikes.

The Alliance also does not want to be involved in the war due to a Russian attack, fortuitous or deliberate, that hits one of the allies (Poland, Slovakia, Hungary and Romania) that border Ukraine. Sunday’s attack on a Ukrainian military base just 25 kilometers from Polish territory has led NATO to exercise extreme vigilance to avoid an irreversible mishap.

Stoltenberg has warned of the risk that, given the proximity of the Russian attacks, “an accident or incident may occur.” And he has advocated for “strengthening surveillance”, the “reaction” of the Alliance and “keeping the lines of communication open [con Moscú] to prevent an incident from spiraling out of control.”

The risk of an unforeseen clash between allied and Russian forces seems set to increase because the defense ministers are preparing as of Wednesday a rethinking of NATO’s defensive positions, to concentrate greater resources even on the eastern flank. “The Russian invasion of Ukraine and the military integration of Belarus create a new security reality on the European continent,” Stoltenberg said.

The new reality includes the accelerated rearmament of Germany, which has announced an injection of 100,000 million euros in its defense budget, and the massive arrival of US troops on a continent from which they were withdrawing. Alliance data indicates that there are already 100,000 US soldiers in Europe, a figure that has not been reached since 2007 and that is 40,000 more than the contingent at the end of 2021.

The co-leader of the German SPD: “A strong EU with social democratic values ​​is the best guarantee of peace, freedom and justice” | International

National Strike: Disenchantment plays in politics one year after the social outbreak in Colombia | International

By admin
Recent Posts
Latest News
Facebook Twitter WhatsApp Telegram
Back to top button
Close
Featured Posts
Elizabeth II dies: Who is who in the line of succession to the British throne | International
3 weeks ago

Elizabeth II dies: Who is who in the line of succession to the British throne | International

Neither Pushkin nor Leningrad: the invasion accelerates the derussification of Ukraine | International
April 28, 2022

Neither Pushkin nor Leningrad: the invasion accelerates the derussification of Ukraine | International

Colombia Elections 2022: A key politician in the Santos era will be in charge of Petro’s strategy in the debates | International
April 6, 2022

Colombia Elections 2022: A key politician in the Santos era will be in charge of Petro’s strategy in the debates | International

The referendum in Chile divides the country two weeks before its celebration
August 22, 2022

When McConnell was about to condemn Trump | International
2 weeks ago

When McConnell was about to condemn Trump | International

Rutte wants to continue governing after breaking the record of permanence at the head of the Netherlands | International
August 2, 2022

The threat of a chemical attack looms over Ukraine | International
March 27, 2022

The threat of a chemical attack looms over Ukraine | International

The Argentine crisis: the war at the top of Kirchnerism gives wings to social unrest
May 8, 2022

The Argentine crisis: the war at the top of Kirchnerism gives wings to social unrest

Half of Macron’s cabinet is at stake in the legislative elections in France on Sunday | International
June 17, 2022